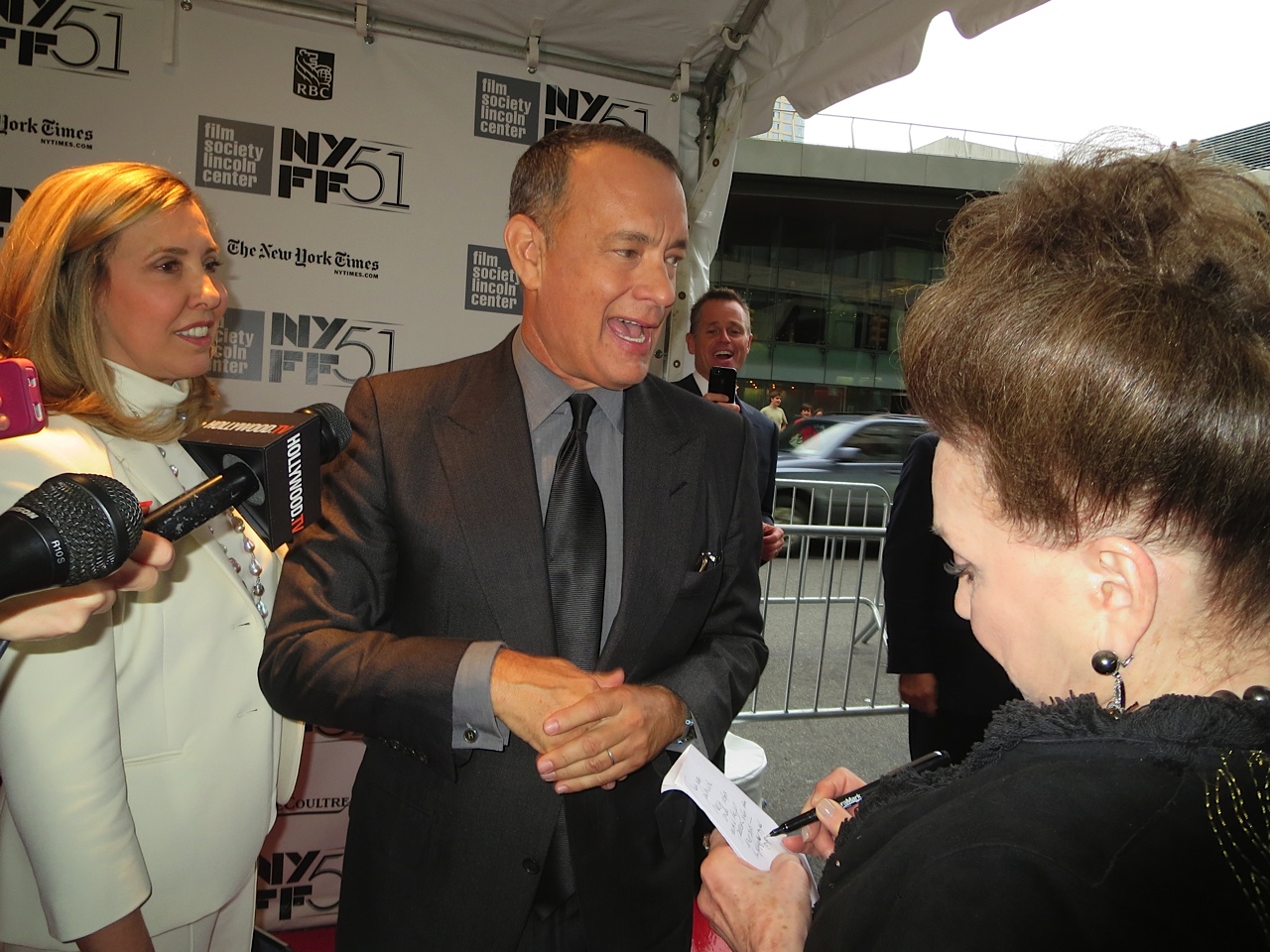 The glittery 51st edition of the New York Film Festival kicked off Friday night with the world premiere of Paul Greengrass’s “Captain Phillips” starring Tom Hanks. “Captain Phillips” is a powerful edge-of-your-seat docudrama based on the real-life story of the kidnapping by four Somali pirates of the Maersk Alabama cargo ship in 2009. (Earlier in the day at the film’s press conference, a journalist told Greengrass he was so stressed watching the nerve-wracking film that he was grateful for Xanax.)

From the stage of Alice Tully Hall, Greengrass told the audience how moved and honored he felt to have his film open the festival. The British director recalled that it was nearly 40 years since he first came to New York and wandered the East Village and first dreamed of becoming a director.

“It’s such a tremendous personal honor to be here in the city that I love that’s been so good to me after many, many years to be opening this great film festival,” Greengrass said. “I was looking at the other films that opened this festival, and I saw in 1967 the film that undoubtedly influenced me more than any other, ‘The Battle of Algiers’ screened here. To walk in Gillo Pontecorvo’s shoes is also a great honor.” (The opening night spot is a prestigious one: last year’s opening night selection of the New York Film Festival was “Life of Pi,” which went on to be nominated for best picture and Ang Lee went on to win the Oscar for best director.) Greengrass introduced Tom Hanks, who walked out on the stage to thunderous applause. “I will forever be in his debt,” the director said. “This story is obviously based on real events and I’m very pleased tonight and I know we all are, that Captain Richard Phillips is here.” Phillips, who has a grey beard and wore a tux, walked out and he and Hanks hugged. Then Hanks straightened the captain’s bow tie.

“I hope you find my film rewarding,” the director told the audience. “Speaking for me, it was one of the most creative – It was hard work! – A lot of us were seasick and most of them were with Tom.” Their star never got seasick Greengrass laughed. “I remember this as one of the great, great experiences of my life so thank you for having this tonight.”

Earlier on the red carpet Tom Hanks, who rushed most reporters so he could make the 6 p.m. screening, stopped in his tracks to chat with veteran celebrity reporter Cindy Adam. He told her a story – in which every journalist with a tape recorder and camera moved in to eavesdrop – about a phone conversation he had had with President Obama, in which the President asked the actor what he was up to, and Hanks told him it was about the real-life story of the kidnapping of an American cargo ship by Somali pirates.

On the red carpet I got a chance to chat with screenwriter Billy Ray. “I didn’t have to invent anything,” he said in discussing one of the big draws in telling the fast-paced story. He also had access to Captain Phillips whenever he needed him, either by e-mail or phone, to flesh out any of the details of the account.

I mentioned to Ray that I was surprised how moved I was by the film because it had a political dimension I didn’t expect. He portrays the Somali pirates as desperate men with few options. Vicious warlords demand they kidnap ships for ransom and hand over the money to them. The Somali have also seen their profession as fishermen disappear as the oceans by their coast have been depleted by fish; as a result of globalization giant corporations with huge boats have fished the waters dry.

“From the beginning we were very determined that we didn’t want cardboard bad guys,” Ray told me of his depiction of the pirates. He said he and director Paula Greengrass wanted fully dimensional characters. “Not so much that audiences can sympathize but so that audiences can understand and maybe recognize a piece of human behavior in those characters and that was very important to me and very important to Paul.”

Screenwriter and director also both agreed on their star. “From the time I started writing he was the only actor I had in my head. He was the only guy I could imagine playing the part. He was the dream actor for the part. And then we got him!”