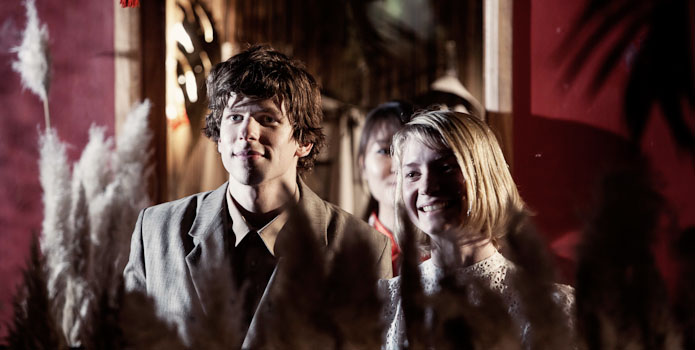 How freaked out would you be if you found your doppelganger? Not just someone who looked similar, but exactly the same. The Double, the second feature film directed by British writer/director Richard Ayoade. Best known in the UK as Moss on The IT Crowd, he made his blockbuster film debut as Jamarcus in The Watch. Based on the novel by Fyodor Dostoevsky, the trailer for Ayoade’s The Double looks smart and sleek.

Jesse Eisenberg and Mia Wasikowska star in writer-director Richard Ayoade’s updating of the famous Dostoevsky novella about a man who finds his life being usurped by his doppelganger.