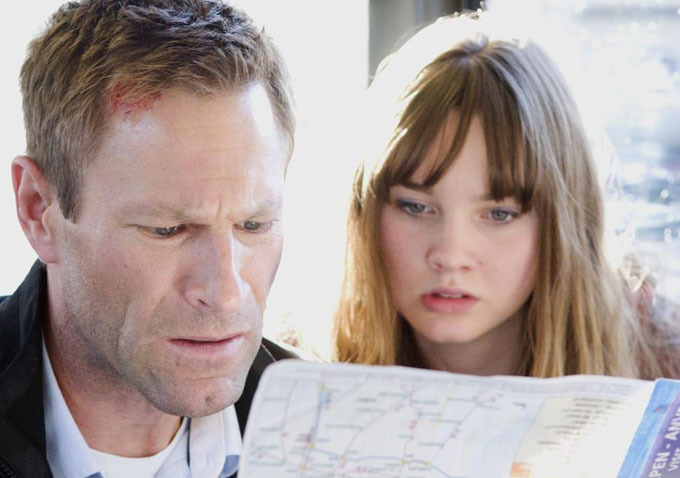 When ex-CIA agent Ben Logan (Aaron Eckhart) discovers that he and his daughter have been marked for termination as part of a wide-reaching international conspiracy, a dangerous game of cat-and-mouse ensues as Logan tries to outsmart his hunters and uncover the truth. Liana Liberato, Olga Kurylenko and Alexander Fehling also star in Erased, directed by Philipp Stölzl and written by Arash Amel (Grace of Monaco).