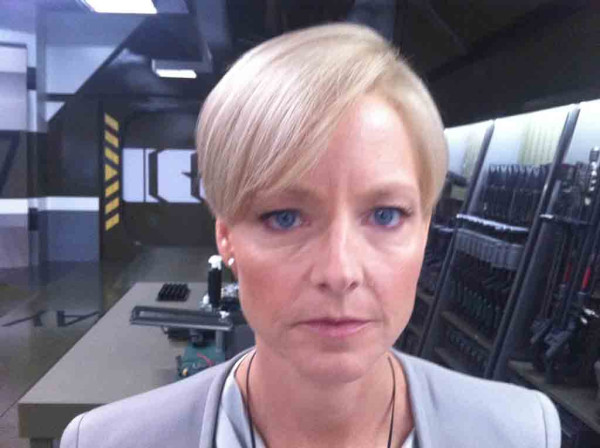 In the year 2159 two classes of people exist: the very wealthy who live on a pristine man-made space station called Elysium, and the rest, who live on an overpopulated, ruined Earth. Secretary Rhodes (Jodie Foster), a hard the government ofﬁcial, will stop at nothing to enforce anti-immigration laws and preserve the luxurious lifestyle of the citizens of Elysium. That doesn’t stop the people of Earth from trying to get in, by any means they can. When unlucky Max (Matt Damon) is backed into a corner, he agrees to take on a daunting mission that if successful will not only save his life, but could bring equality to these polarized worlds.

Elysium is still a pretty secretive film, much to my disdain, but bits and pieces have been making their way online and add pieces to the mysterious puzzle of what this film is even about.  All I know is that the film is directed by 2009’s surprise hit, District 9, and has a pretty awesome cast with Matt Damon, Sharlto Copley, Alice Braga, Diego Luna, Wagner Moura and William Fichtner all assembling to tell the secretive story.  We’ve seen that Matt Damon is bald, Copley looks crazy, and today we see that Jodi looks… stern.