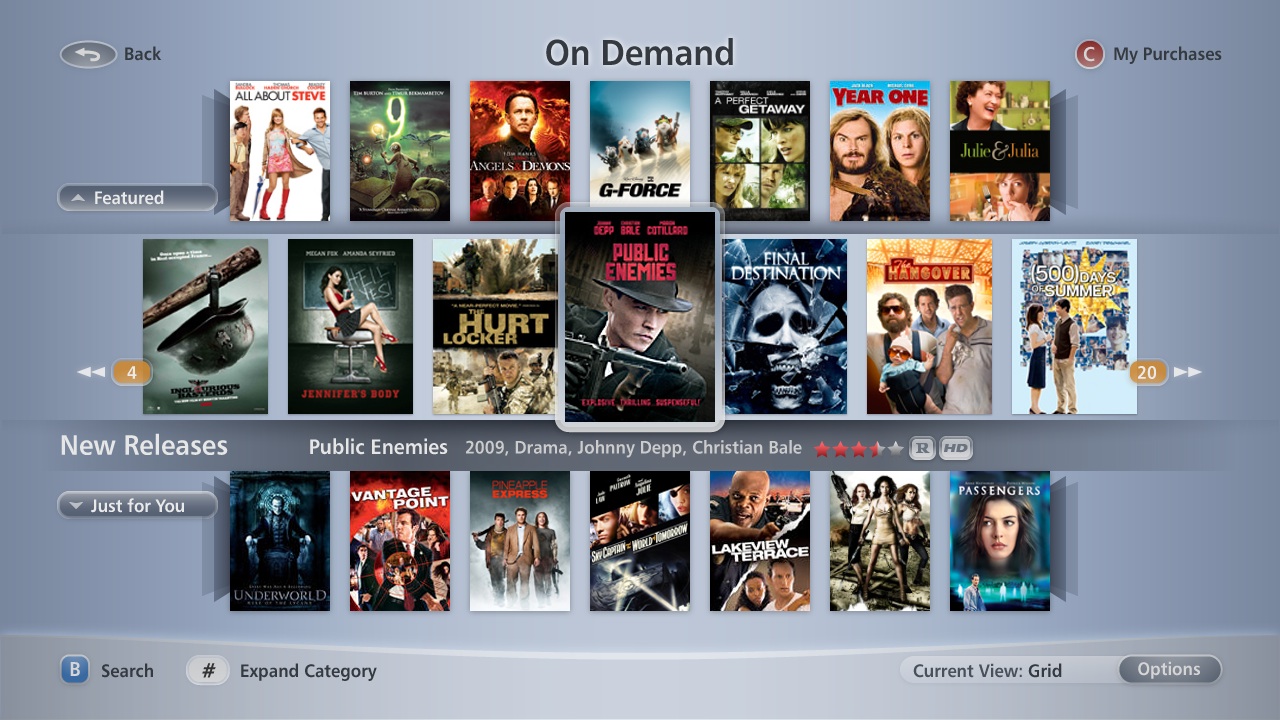 Looking back on 2012, it was a year in which the same day release Video on Demand (VOD) format successfully performed to financial profitability for a few features films. You may not realize but there is very little information provided about the grosses of VOD format. Bloggers, like me, are used to receiving the theatrical box office and DVD/BluRay stats, but not stats for much of the films OnDemand. Despite the secrecy, 2012 showcased a year of highlights for the format and this distribution technology had quite the game changing year worth mentioning. Last year many of us assumed that a movies’ potential for profitability would be drastically affected if the feature was released in an alternative or multiple format approach and the experimental release of Bubble in 2006 was simultaneously available in theaters, on DVD, and OnDemand showed to be a rough beginning for the progressive format. As time progressed the tide had turned for this distribution channel and it’s amazing how much progress has been made in just six years! Usually, VOD profits were kept hidden from the public, and the press, which obviously stirs suspicion on the profitability of the format. When profits are actually reported it’s usually because the studio is proud of the results. Richard Gere’s financial thriller “Arbitrage,” the Roadside Attractions release, reportedly grossed around $7.3 million in theaters and $11 million on VOD simultaneously! That’s a record amount of money for VOD. Considering “Arbitrage” opened in over 300 theaters, and the theatrical gross is a solid number as is the VOD number and then compare that with 2011’s “Margin Call” which collected 5.4 million in theaters and $6 million on VOD which was considered a big success just a year prior and seems like a sudden spike in terms of dollar amounts for VOD.

Though it was the higher profile film, and had slim chanced to succeed on VOD, Arbitrage wasn’t the only 2012 high profile performer to both play simultaneously in theaters while available in the emerging VOD format. The low brow and funny hockey comedy Goon, starring Sean William Scott and Liev Schriber, grossed $6.5 million globally in theaters despite playing in less then 300 screens as well as simultaneously playing through VOD (whose financial numbers weren’t available). Around the same time, I noted that this movie grossed more money then “The Raid: Redemption” which was on three times as many screens as Goon yet grossed an average of a measly $800!  Goon appears to have been more profitable domestically since it avoided theatrical costs and racked up additional money via VOD. Viewers had an option to watch it from home. This was possibly a watershed moment in the industry that few realized. With the VOD becoming more acceptable in 2012, there was a “changing of the guard” for the viable distribution of independent films that some have already noticed and even taken advantage. Other notable movies succeeded and generated a majority of their profits in the VOD format.  Bachelorette was the number one movie on iTunes just 48 hours after its premiere, had a total gross of $5.5 million on VOD, but did just half a million dollars in theaters (playing in just 50 theaters with very little awareness.) The documentary Marley was available on Facebook the same day as its limited theatrical release, (appropriately enough on 4/20 as if the studio knew their target base might not be motivated to attend a theatrical showing), and many of Bob Marley’s fan base who lived in smaller markets had a viable option to watch the introspective documentary on his life. “Piranha 3DD” released same day as well, but didn’t do as well possibly because its difficult and awkward to sell a 3D marketed movie to those at home without a 3D TV. Obviously, a little common sense with the strategy could have gone a long way!

Independent films that premiere the festival circuit have another option then theatrical release which has a tendency to be unprofitable for their features. This allows smaller films to let their potential audience know about their movie and give them a viable option to watch it with very little effort. Magnolia Pictures and Magnet have adopted and adapted this business distribution model for a few years, yet nothing has really taken off yet and recently, the Weinstein Company has an offshoot studio that focuses on the distribution of VOD features.  RADiUS, which released most notably “Butter”, was one of those releases and starred Olvia Wilde.  As more studios realize the potential of releasing low budget films on VOD you can expect to see them more frequently as studios continue to adapt and create additional  offshoot imprints.

A viewer has the option to watch a VOD movie on various cable companies, DirecTV, Dish, iTunes, Google, and even Amazon. Personally, what I like about the VOD format is that it gives audiences in smaller markets the option to watch limited release indie features that otherwise would be difficult to watch and it allows them to be apart of the cinematic conversation currently occurring online without punishing them for their geographic location. Another thing I like is that, since  it’s  a challenge for indie films to make money in theaters, VOD provides the best option to deliver the movies to the consumer without the theatrical overhead. When “Bubble” was released, I loved having the option to rent the movie in my tiny market college town which opened theatrically on the same day in large markets.

With the risky venture that VOD initially established seems to be working for select, niche features. 2012 was the year VOD wasn’t a bad word in the Entertainment Industry nor a kiss of death for feature films. Do you think this format will payoff for Hollywood? The way I see it, VOD will not end up in the graveyard alongside the LaserDisc and the HD-DVD after all!

Please let me know in the comments!