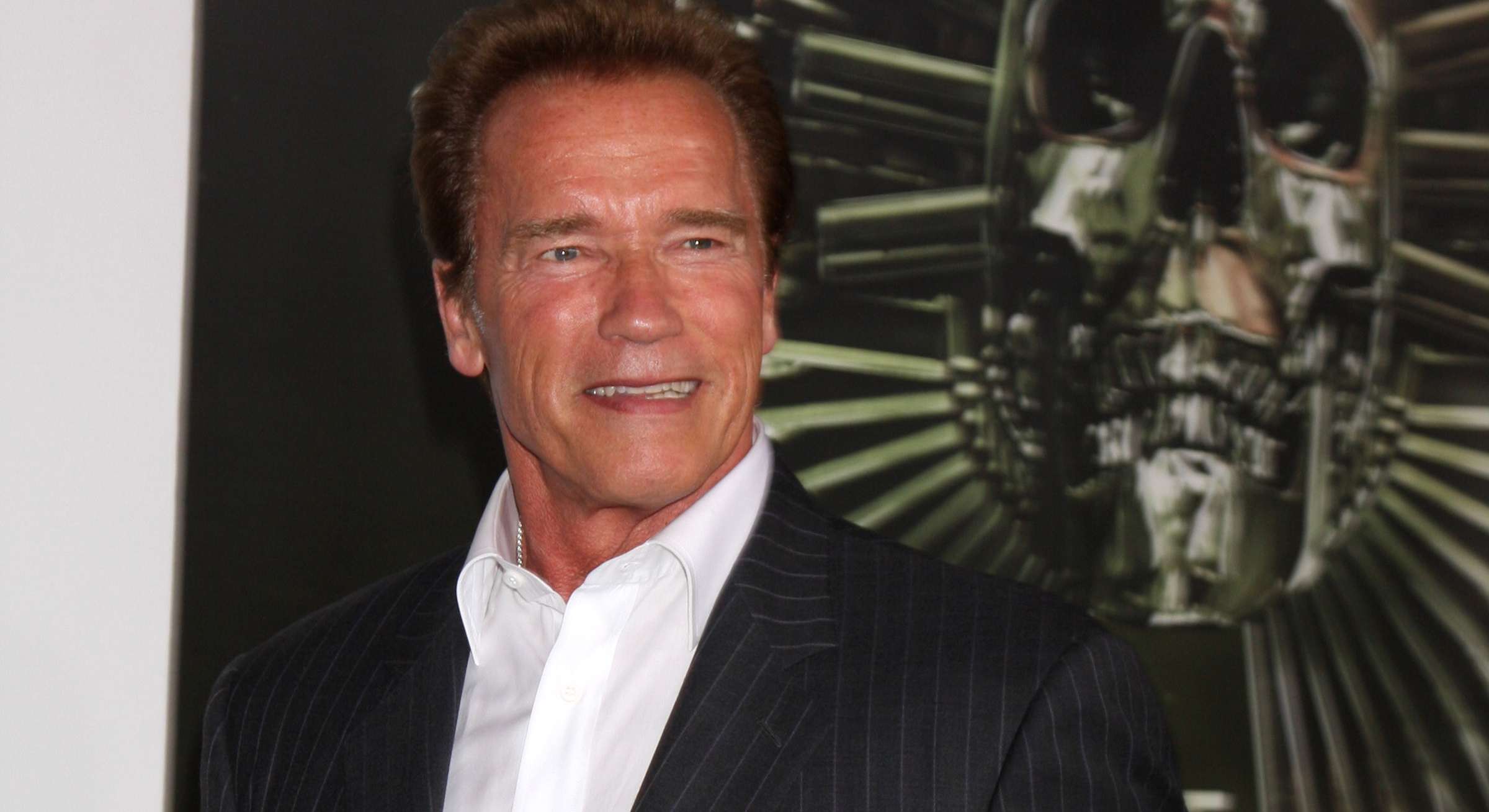 I couldn’t believe the news when it hit my inbox.  The fine folks over at EXTRA dropped me a line about their recent interview with Governator to promote his new film, The Last Stand, and in the interivew the senior citizen admitted that he still crashes through doors and performs a lot of his own stunts!

“Extra’s” Maria Menounos to talk about his return to the big screen as a small town sheriff trying to prevent a cartel leader from escaping across the border.

Arnold telling Maria, “For me it’s great to be back.”  Maria asking, “Do you feel like you’ll ever be too old to do stunts?” Arnold, “When I crash through a door, I’m getting up a little slower, and my bones ache,  and my knees ache.”

Are you fucking kidding me?  Don’t get me wrong, I don’t take this news to believe that he doesn’t employ a stunt double and has crazy expensive insurance but rather that he’s still sending his old frail bones through doors without injury and still paying expensive ass insurance.  Congratulations Governator, you have defied all expectations and although you’re a bit slower and wrinklier, I still appreciate you’re effort after all these years.