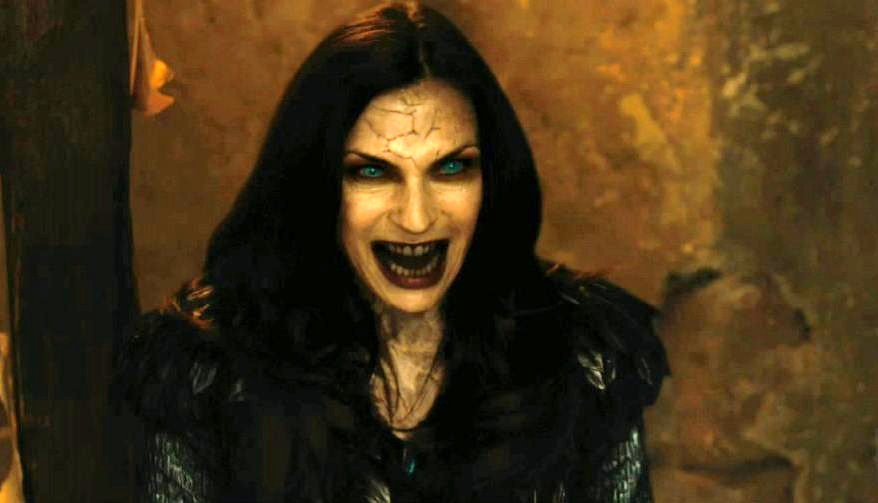 I came across these new images for Hansel and Gretel over a day ago but had trouble pulling my eyes away from the oddly attractive grotesque images of Famke Jannsen as a damn witch.  Man I have issues… check out the new images below and feel free to comment.

Catching up with Hansel (Renner) and Gretel (Arterton) 15 years after the traumatic incident involving a gingerbread house, the siblings have evolved into vengeful bounty hunters dedicated to exterminating witches. Over the years, the siblings became expert hunters, famous for their proficiency at tracking and taking down their prey. Although still recovering from their ordeal, their work is relatively easy as for an unknown reason harmful spells and curses do not work well against them. The Mayor of Augsburg recruits them to rid the town and nearby forests of an evil sorceress (Janssen) who is planning to sacrifice many local children at the witches’ gathering during the upcoming ‘Blood Moon’ night in two days time. To make things worse, the duo also has to deal with the brutal Sheriff Berringer (Stormare) who has taken power in Augsburg and conducts a very indiscriminate witch-hunt of his own.