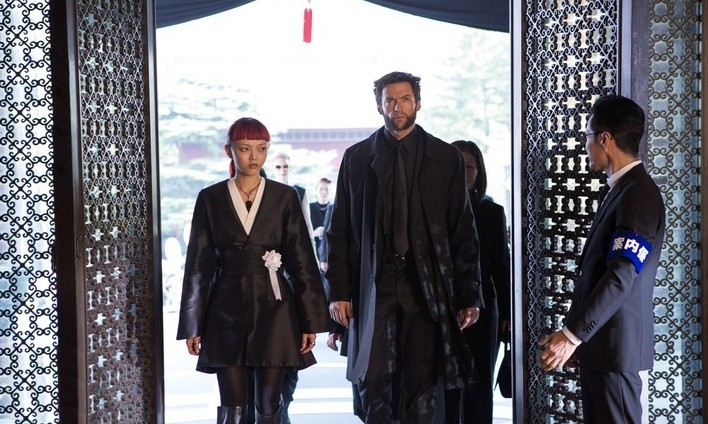 The Wolverine is the standalone character sequel to the X-Men franchise and the title character himself played by Hugh Jackman. Uniquely and specifically cast due to its Japanese locale and setting, The Wolverine stars Hiroyuki Sanada, Tao Okamoto, Rila Fukushima, Will Yun Lee, Brain Tee, Svetlana Khodchenkova, and Famke Janssen (who reprises her role as Jean Grey).

The story for The Wolverine follows Logan/Wolverine as an unspecified amount of time has passed since the ending of X-Men: The Last Stand (2006). Logan has returned to the road of living alone, succumbing himself to a hermit lifestyle, as prolonged life (seemingly unable to die due to his mutant healing factor) has become a curse to him. He has grown recluse having since left the X-Men as he is constantly tormented by the memory and anguish of having killed Jean Grey, the woman he loved. Until one day, an event from his long traveled past comes back to greet him, forcing him to ultimately face his demons and his future as he begins a new journey which causes him to come out of hiding.

The Wolverine is directed by James Mangold (2003’s Identity, 2005’s Walk the Line, and 2007’s 3:10 to Yuma) who brings a concentrated yet sophisticated approach to exploring a character we have known on-screen since 2000, when the first X-Men film came out. If it wasn’t apparent how appropriately cast Hugh Jackman was then, it is absolutely apparent now as The Wolverine is the best he’s ever portrayed his long-standing character. It’s a James Bond iconic sense that Jackman brings, as for once due to the story, the centralized characterization, and the lack of “end of the world doom and gloom” are we able to see an appropriate presentation to what the Wolverine character has been missing/needing on-screen all this time. Its strict focus rounded out by a genuine supporting cast who do a fantastic job of pulling out the necessary internalization Logan’s character is dealing with and allows for the interaction that Wolverine brings amongst others. Logan is Wolverine and Wolverine is Logan and it’s a subtlety which Jackman does to highlight his character in a way only he can. He cares about his performance, the character as a whole, and the result is something that is extremely promising as the franchise continues forward. And the truth of it is – it has to be. He needs to be and the franchise overall needs to be at this level and better to find a success that the X-Men should have.

The X-Men franchise for as vast as its characters have been, has been narrow-minded in its approach given the past installments. It’s an ambitious stretch to potentially undo/fit in the dreadful events of X-Men: The Last Stand, a film which seemingly ended and crippled the franchise moving forward. But that’s what The Wolverine does in 2013. It’s a bridge to what is to come, a mandatory internal reset of tone and approach as a movie and the shock/awe of the post-credits scene which follows at the end (don’t be a fool and leave the moment once the credits roll, you do not want to miss it). We are now awaiting Brian Singer’s directorial return for the franchise with X-Men: Days of Future Past releasing in 2014. Whereby, as much as The Wolverine is a sequel to the standalone character himself, it is also a sequel to everything that has come before it. And Days of Future Past is the film that will attempt to not only tie everything together but hopefully propel the franchise to something the audience and comic book fans deserve. An X-Men franchise with a promising future in terms of its story, its characters, its otherworldly villains and a well thought out direction – something which was non-existent up until this point.

The Wolverine as a film is not perfect as it stumbles in its final act in a typical comic book style/studio marketing approach (without getting into spoilers, the villains lacked that final punch despite the genuine tension presented throughout the film). Yet despite this (or perhaps it has been previous X-Men film conditioning) the faults of the finality weren’t enough to sway my overall enjoyment of the film. I felt The Wolverine was rooted and charismatic enough that its setting of Japan and the overall story it presented left a strong impression. There was simplicity with its deliberate pace and there was a definite elegance in its exactness of dark tone. Mangold does a solid job with his camera work, giving the film a visual scope in regards to always letting the audience be aware of the film’s setting and capturing the action in an engaging manner. The one negative is the quick cuts can at times feel abrupt and frenetic and that perhaps ultimately a lot was left on the editing room floor. (There is an expected directorial cut to be released with an inclusion of several more minutes of footage, which was rumored to have been removed due to the PG-13 rating.)

When X-Men: First Class (2011) was first released it was viewed seemingly as a reboot for the franchise as a whole, leaving a level of skepticism of relevancy for The Wolverine as a film itself. It’s the idea that as an audience we’ve had enough, especially given the lackluster outing for X-Men Origins: Wolverine (2009) which started out promising and ended altogether differently and virtually unwanted. (Plus I think in general there is a sigma for fans with Fox Pictures having held a vice-grip on this franchise for so long and never really ever getting it completely right.) Yet despite the past, it’s the future which is what matters moving forward. And for the current present, The Wolverine is solid entertainment and a welcomed much better film and inclusion to the X-Men franchise overall.

3 thoughts on “Review: The Wolverine”