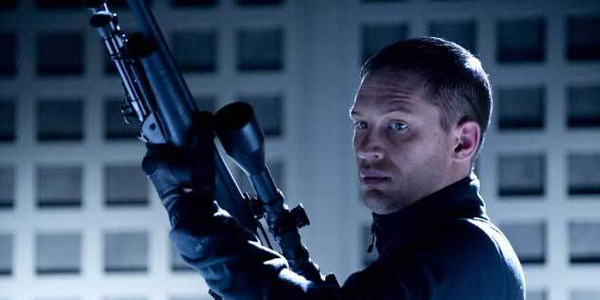 So it’s official. Press releases, confirmation, and high five’s are going around that the Splinter Cell film is something they intend to make and the fact that they want to make the film with Tom Hardy. Check out the full press release below:

PARIS — December 6, 2012 —Today, Ubisoft® and New Regency announced that they are partnering on the forthcoming Tom Clancy’s™ Splinter Cell® film.

“We could not be happier to be teaming up with our friends at Ubisoft Motion Pictures on yet another truly iconic title. With a movie star like Tom Hardy in place and a gifted writer such as Eric Warren Singer penning the screenplay, we know the fans will not be let down,” said New Regency CEO and President, Brad Weston.

This deal is separate from but builds upon the recent partnership between Ubisoft and New Regency to develop the Assassin’s Creed® film.

Tom Clancy’s™ Splinter Cell® is an award-winning stealth action video game series that has sold more than 23 million copies since its debut in 2002. Splinter Cell follows protagonist Sam Fisher, a highly-trained special operative in a fictional black-ops sub-division, “Echelon”.  Sam Fisher and the agents of Echelon utilize combat skills, weapons and cutting-edge gadgets to neutralize international terrorist threats and rogue forces in modern, realistic stories ripped from the headlines.  Development for the next installment, Tom Clancy’s Splinter Cell® Blacklist™, is being led by the Ubisoft Toronto studio, and the game is set for release in Spring 2013.

Ubisoft Motion Pictures was created in January 2011 to expand the audience of Ubisoft’s successful video game brands by bringing them to film, television and Web series. In addition to the Tom Clancy’s Splinter Cell film, the studio is also partnering with New Regency on the upcoming film based on the Assassin’s Creed franchise, and is in production on the Rabbids TV series, a collection of 78 seven-minute CGI episodes based on the insane stars of the video game franchise of the same name, in partnership with France Televisions and Nickelodeon.

Ubisoft is a leading producer, publisher and distributor of interactive entertainment products worldwide and has grown considerably through a strong and diversified line-up of products and partnerships. Ubisoft has offices in 26 countries and has sales in more than 55 countries around the globe. It is committed to delivering high-quality, cutting-edge video game titles to consumers. For the 2011-12 fiscal year Ubisoft generated sales of € 1.061 billion. To learn more, please visit www.ubisoftgroup.com

Founded in 1991 by renowned producer Arnon Milchan, New Regency Productions is actively engaged in entertaining the world via the production and distribution of motion pictures, television and sports through strategic alliances with media companies. Distributing its films through Twentieth Century Fox, Regency has produced many high-profile films over the years, including: Fight Club, Heat, JFK, Alvin and the Chipmunks, LA Confidential, Mr. and Mrs. Smith, Under Siege, Free Willy, A Time To Kill, Devil’s Advocate, Tin Cup, City of Angels, The Negotiator, Entrapment, Don’t Say a Word, Unfaithful, Man on Fire, Jumper andLove & Other Drugs. Upcoming films include Broken City, The Internship, 12 Years A Slave, and Runner, Runner with Fox and Noah with Paramount.  The distribution partnership with Fox extends to all media worldwide except international pay and free television. Regency self-distributes international television rights to multiple licensees. For more information, log onto http://www.newregency.com/

I’m glad that they’re pleased and seemingly have every intention of actually making this game but I wont believe it. This isn’t going on the radar, fuck that, this movie is a VIDEO GAME MOVIE. They don’t get made, just announced. You can show me set photos and I still won’t believe that nonsense.