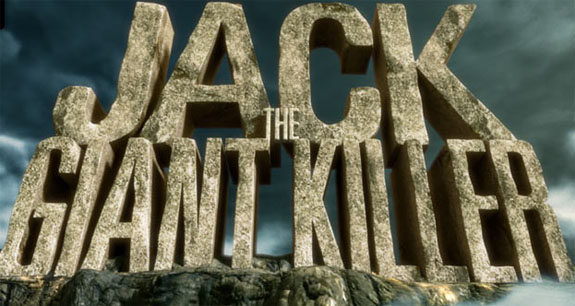 A new title and release date has finally been announced for Bryan Singer’s “Jack The Gian Killer” except they’re not calling it that anymore. Apparently someone had a “lightbulb” moment and realized that putting the word “killer” in the title of a family film might be counter-productive. DUH. The new title for this film is now “Jack The Giant Slayer” which seems a lot more reasonable to put on merchandise.

X-Men and Superman Returns director Bryan Singer helmed this 3D adventure, at one point slated for a June 2012 release, so I’m confident it should at the very least be an entertaining flick. We also have Nicholas Hoult (X-Men: First Class) playing Jack while the rest of the cast includes: Ewan McGregor, Stanley Tucci, Ian McShane, Bill Nighy, Warwick Davis and Eleanor Tomlinson among others, good bunch I say.

As mentioned in the intro, Jack The Giant Slayer will be out March 1st 2013 in North America (no news on how that will impact the rest of the dates around the world), just a week ahead of another big budget adventure based on a classic story, Oz: The Great and Powerful.

They’re avoiding Sam Raimi’s Oz: The Great and Powerful by a week which seems like a wise decision to me. March is shaping up to be quite an interesting month for movie releases next year with this film adding its name into the hat. This will be Singers first directorial release in 4 years, (Superman and Valkyrie was a long time ago yo), and I’m sure that if anything this film will provide some entertainment from the director. That’s all for now…