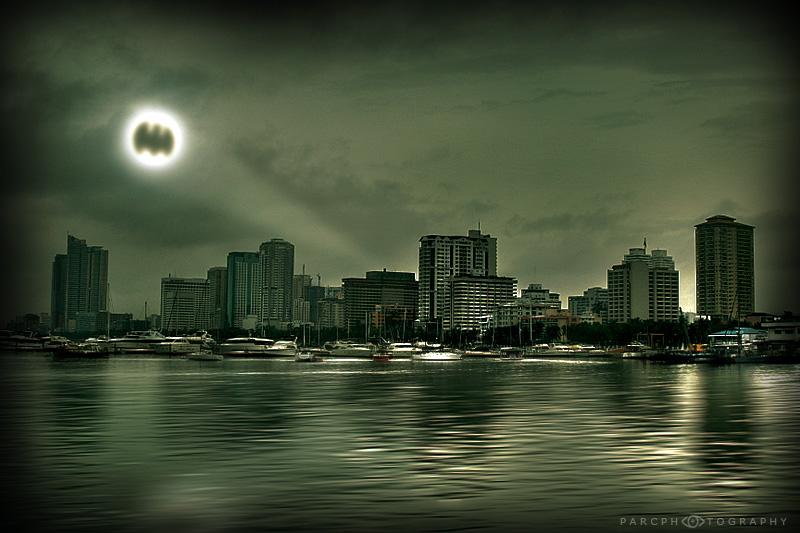 Christopher Nolan is not making another Batman movie after the Dark Knight Rises. He doesn’t want to. Christian Bale won’t be making another Batman movie either, and with that being well known the fine folks at Warner Bros will undoubtedly want to maintain the momentum that Nolan has built and continue to deliver new Batman content for mass consumption. Batman has had a very interesting history in film and television and shows no signs of slowing down in the near future. The earliest interpretation of the character I could find in film was that of the early 1940’s serials that featured Lewis Wilson in the role of Bat Man. Wilson was an American actor that hailed from New York City and offered an approach that was a bit more serious than some would expect considering the interpretations of the character that followed. They were fairly successful for the time and eventually led to a sequel series of serials titled “Batman and Robin” which also starred J. Carrol Naish as the caped crusaders’ Boy Wonder. Lewis Wilson was able to maintain the duality of the Bruce Wayne identity, create a heroic Batman. He had the good looks, dapper details, and suave approach needed to portray Bruce. Playboy by day, dark avenger by night ,(and day), capturing the hearts and imaginations of a generation. A fun fact is that the series also actually created and introduced Batman’s “Bats Cave” and the grandfather clock which eventually made it into the canonical story-lines of the comics. BElow you can find a clip of this interpretation of Batman during a high speed car chase and the birth of this icarnations’ Joker.

The sequel to the 1943 original series came in 1949 and a new actor named Robert Lowery donned the cape as Batman with Johnny Duncan as his sidekick Robin. The budget for this serial and its predecessor were fairly low with more than a few non-sensical plot holes throughout that began Batman’s foray into the ‘campy’ department but was popular enough to spark the interest for a live action television show which brings us to our next Batman…

Batman made his way to television and was infamously depicted by Adam West. Most people today are at least familiar with this incarnation of the character with Burt Ward portraying Robin. This casting of Bruce Wayne was sparked by West’s portrayal of Captain Q in a Nestle Quick ad. West portrayed a very smart Batman often emphasizing his ability to outthink his enemies and come up with unorthodox solutions to many predicaments. West portrayed the character for many years often reprising his role as the voice of the character in animation and the eventual spin off series “Legend of the Super Heroes” which was an early take on DC’s Justice League with Batman being a big selling point to audiences and easing the introduction of Batman’s new teammates: Batman had gone dormant in the live action department for many years until he returned to the silver screen in Tim Burton’s 1989 film ‘Batman’ starring Michael Keaton. Keaton was a very unexpected choice for the role as his prior work was primarily within comedy and had many wondering if he would be able to portray a ‘serious’ role which actually sparked over 50,000 protest letters from comic book fans over the choice. The most prevalent concern was with most worrying that the film would continue the “campy” tone of the Adam West era 60’s TV show. The film took a different approach than expected and Michael Keaton delivered a Batman that was edgy, witty, dark, and ominous. His Batman reflected the comic book incarnation of the character much closer than the TV series and was a hit with critics and fans of the character. He was a lot different from what we had seen in Adam West and some of the others. Keaton brought a dark, brooding, and edgy Batman and showcased a little of the ‘insanity’ at the core of the character. The insanity “worked” as Tim Burton and Michael Keaton successfully turned Batman into a cultural pop icon using the marketing of the Bat-Signal that was so polarizing and infection that you simply couldnt escape seeing that logo on t-shirts, bumper stickers, and and anything with the ability to display the logo and the craze went further to spawn amusement rides and stunt shows across the country. This new Batman symbolized something different that people identified with and sought out. This Batman symbolized somebone who wasn’t afraid to stand up for themselves but instilled fear in criminals. Tim Burton and Michael Keaton successfully made Batman iconic. This led to Keaton reprising his role in the sequel ‘Batman Returns’ and attracted stars Michelle Pfeiffer and Danny DeVito as antagonists. The momentum continued, somewhat, with Val Kilmer’s portrayal of the titular character in 1995’s “Batman Forever” but this Batman was somewhat different and was tonal a shift for Batman. Gone were the scenes of Batman hanging upside down in a bedroom to sleep as Kilmer’s take on the character was more of a “Bruce Wayne” than a “Batman”. Val Kilmer’s version of Batman wasn’t a huge departure from what audiences had come to expect from the character after the first two films. His Batman was still ominous, a little edgy, but begin incorporating something that theater viewers hadn’t seen from the caped crusader in years as a parental figure. With the inclusion of Robin in the movie we had a Batman that was a bit ‘lighter’ and even showed a smile or two when given the opportunity. This didn’t negate any anticipation from the film, or fans’ eagerness to see the character return to the silver screen and the inclusion of Chris O’Donnell as Robin, but was a noticeable difference from Keaton’s portrayal. It wasn’t a complete overhaul of the character but Joel Schumacher and Val Kilmer did add new personality to the character in attempts to make him more family friendly and Kilmer was able to leave his own impression on the character. He was a decent Batman but it wasn’t enough to satisfy Kilmer or the fan’s enough for him to return for antoher film. Instead the mantle was passed on… The year was 1997 and George Clooney was a white hot commidity at the time. EXTREMELY White Hot. Handsome, Young-ish, good looking guy who could easily portray the sauve, charming, dapper Bruce Wayne. He signed on to portray the character in 1997’s “Batman and Robin” and give his best attempt to propel the Batman film franchise. Fans hated it. George Clooney’s participation in this film wasn’t the sole problem with this film. This film re-introduced a lot of the ‘camp’ that had been absent from the film series for many years and the inclusion was to the ire of fans who had enjoyed the edgy Batman introduced by Burton and Keaton. Bat Nipples. The changes and alterations were easily quickly criticized by fans and have maintained an eerie internet meme to some of the less appreciable days of the Dynamic Duo, not to mention the performance by Governator as antagonist Mister Freeze. Batman and Robin went on to make decent money at the box office, $238 million, but it certainly cast a dark cloud on the film career of Batman and is rarely referenced by George Clooney except with remorse. This film single-handedly put the super hero genre on the back burner for several years. Christian Bale came from nowehere. hot on the release of him starring in Equilibrium and Melancholia the Welsh actor was cast in, arguably, the best representation of Batman on the silver screen. What he and Christopher Nolan decided to do was to trim a lot of the fat surrounding the Batman character and instead offer something that was more approachable by mainstream audiences. He didn’t overwhelm Batman with gadgets, shiny accessories, or obsess over merchandising opportunities with the portrayal or story and instead decided to pivot on something that made the most sense at the time: “angst”. This approach offered a Batman that many could relate to in that he was worried but capable. Outnumbered, but intelligent. Concerned but calculating. Cold, but caring. It was an amalgamation of every representation of Batman before with a lot of ‘new’ added to spice it just right but trilogy will conclude in The Dark Knight Rises…

Who should take on the mantle? After 3 films directed by Christopher Nolan we have to wonder what direction would be best for the property and how to portray the Dark Knight moving forward. Reboot? I honestly don’t think a reboot is necessary. If put in the hands of the right director then I truly believe that the current continuity could continue to grow, but who? Who should direct the Dark Knight? Who should star? Now armed with the information on the history of Batman we want to know your opinion and thoughts.

Personally, and this is a long shot, I think they can splinter the film franchise in different directions and should have Michael Keaton return to the franchise and play Batman a-la The Dark Knight Returns and somehow develop that into a Batman Beyond film. A man can dream, can’t he?

11 thoughts on “Searching for Batman: The History of Batman on screen”