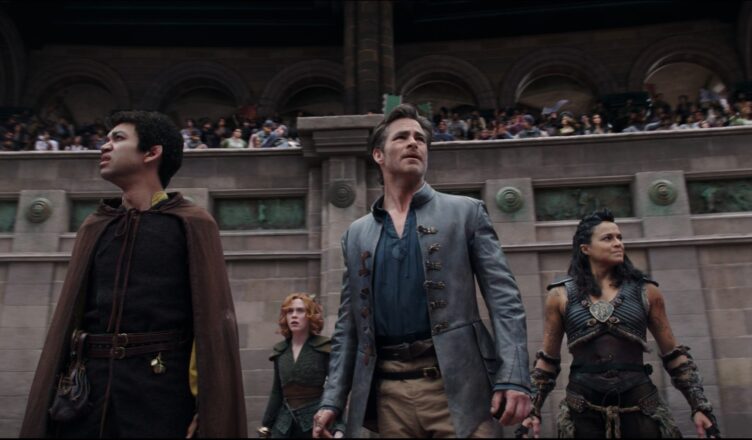 Dungeons & Dragons: Honor Among Thieves is set to hit our screens in 2023 and, while we don’t know too much about it right now, the early previews look promising. Directed by John Francis Daley and Jonathan Goldstein, the movie follows a band of lovable rogues on a quest to retrieve a lost relic. However, after they cross paths with some fantastical but deadly creatures, things start to go wrong.

It’s a classic tale and one that should appeal to fans of the Dungeons & Dragons franchise. However, it won’t be an easy task. The 2000 Dungeons & Dragons movie starring Jeremy Irons and Marlon Wayans was a flop. Despite costing $45 million to make, it took just $33 million at the box office. Despite that, the executives at Paramount Pictures are confident the latest offering (see video below) will do better.

The cast is strong. Hollywood stalwarts Hugh Grant, Michelle Rodriguez, and Chris Pine are all on board. Also bringing some fresh blood to the mix is Bridgerton heartthrob Regé-Jean Page and It actress, Sophia Lillis. But what of the story? Can writers Michael Gilio, John Francis Daley and Chris McKay convey the qualities of Dungeons & Dragons popular to cinema audiences? That’s what we’ll find out when the movie is released in 2023.

A Game for All Occasions

What we know for certain, however, is that the Dungeons & Dragons game is hugely popular. In fact, according to the Web Tribunal, it’s played by more than 50 million people. That makes it the most popular table-top game in the world, but that’s not all. In an age of digital technology, Dungeons & Dragons has also become one of the world’s most popular online games. Technically a massively multiplayer online role-playing game (MMORPG), it was developed by Turbine in 2006 for Microsoft Windows and OS X devices. 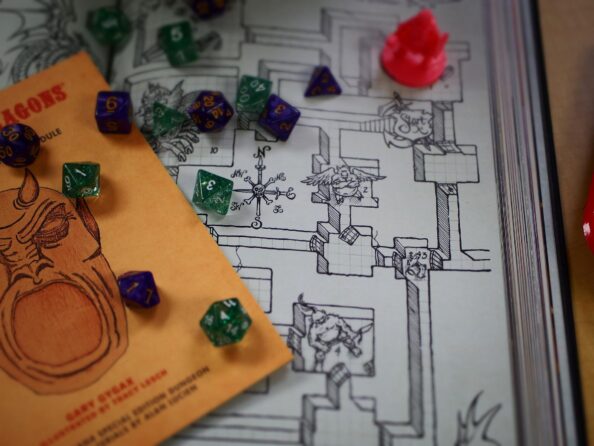 Since then, the online game’s average daily player count has reached 20,993 according to MMO Population. Alongside World of Warcraft, it’s one of the top MMORPG games online. The question is why? Moreover, why does it keep inspiring developers? New MMORPG games have certainly taken huge inspiration from Dungeons & Dragons and the elements contained within the legendary game. MMORPGs often contains players battling over a variety of different arenas and formats, in an effort to stop their enemies, in a very similar style to D&D.

To do that, military tactics, co-operation, logic, and skill are required, all things that Dungeons & Dragons players also have to master. However, one of the main reasons Dungeons & Dragons remains a hit is the fact you get to create your own characters. This was a departure from the war game norm when the table-top version was released in 1974. Giving players a greater degree of freedom increases the levels of immersion, engagement and complexity. Indeed, because you’re not forced into certain moulds, it allows for more creativity. This makes interactions with other players more diverse and interesting.

What’s more, it allows players to devise unique tactics. That’s something many subsequent MMORPG games have learnt from. Players want the ability to infuse their own personalities and skills into a game. Dungeons & Dragons made this possible back in 1974 and it’s still doing it online today. That’s why it’s stood the test of time and remained a hit with gamers around the world. The question now though is, can the Dungeons & Dragons: Honor Among Thieves movie capture the true spirit of the game and appeal to gamers and cinema-goers?