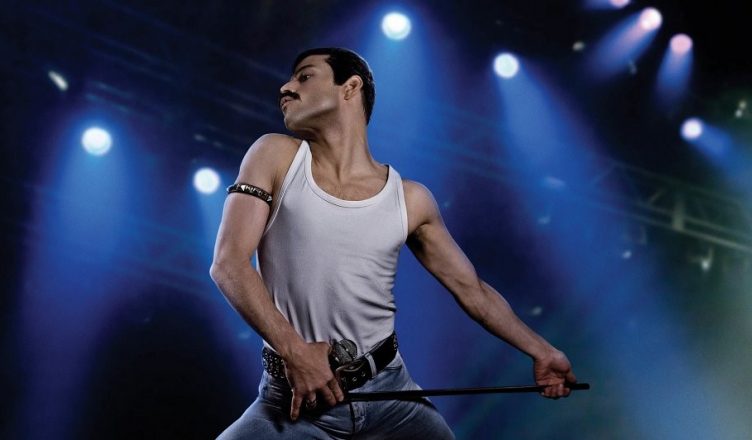 If you missed out the Queen movie in theaters it is still possible to enjoy it at home. The best way to do so would be while meeting good friends and crushing together in a place with a large screen and good acoustic system.

Students often enjoy music, and this movie should be treated like a filmed concert. Diving into the 70s and 80s live rock scene is what the Bohemian Rhapsody is all about. With a bit of help from the technology so easily available today, one great evening with friends is promised to you. Despite the backlash in numerous reviews across the Internet, the majority agrees on one thing – the movie is worth watching for the sake of the music. Even if Queen is not among the bands you listen on the daily basis.

What is the movie about?

The film tells the story of creating world hits that are still known and loved by many people all over the world. It is a story of friendship that feels like family, where the 4 very different human beings are united by a single goal – to make a change in the world of music. The young men being a talented aspiring band were fighting against the odds, the music producers, classic “hit schemes”, their own insecurities. They were stepping up their game to protect personal creative process with the support and arguments from the bandmates.

It is also a tribute to the gone today Freddie Mercury. The way the creators depict him has been a topic for many Queen’s fans to diminish the value of the movie. Even though Freddie’s partner, Jim Hutton has previously thrown a light on the last 6 years of the rock legend’s life they spent together, the movie is based on the memories of the Queen members.

It is fair to say here that the bandmates were present on the scene of filming with the other people who knew Freddie in person, and maybe we all should try and respect the way his close friends kept him in their memory and shared these precious moments publicly. Offering to dedicate an evening to Bohemian Rhapsody, we have to address the criticism, since you could have used this time to study. After all, there’s Canada essay writing service to allow a spare night for a movie that is so widely discussed now.

What do critics have to say about the movie?

In the Bohemian Rhapsody movie review, the critics and Queen fans have brought it to the public the numerous shifts in the timeline. The most notable ones are the time of Brian May’s sharing an idea of a song that can be performed by the audience and Mercury finding out about his HIV-status.

Ultimately, the events in a movie are valid and did take place in the reality. So, the time shift, whether to create more impact on viewers or increase the dramatic effect, is justified enough. It’s not a documentary, so it should not be treated that way. It’s more of a dramatic recreation of a Wiki article with slight changes in terms of the plot.

Setting out for a movie night, be ready to feel like you are in a front row of a concert watching one of the best stage performers in the industry. The film is centered around forming the immense legacy of the band, the story behind creating the most recognized tunes. A theme of friendship, mutual respect and accepting their differences.

It is also a great opportunity to pick into the privacy of a legendary Freddie Mercury, his family and relationships, the demons and his muse, sexuality, betrayal, and love for cats. Many would call the film a masterpiece, while others have a problem that it does not meet the documentary requirements.

The choice of an actor that would project on-screen Freddie quite a lovable guy despite his flamboyancy. This is another aspect that is clearly traced from the movie and the goal set by the creators and original band members.

The Rami Malek’s is highly appraised, his moves and the looks he gives are all well-played. It’s hard to underestimate the resemblance of Gwilym Lee to young Brian May and the crazy energy of Ben Hardy, the youngest cast members to the on-screen legendary 4.

The costumes are magnificent and the details of recreating the Live Aid concert at Wimbledon with the cups on the piano and Freddie’s vocal party and movements on stage are so close to the footage from the event. It only leaves you breathless and wishing you could be there to view a performance of a lifetime.