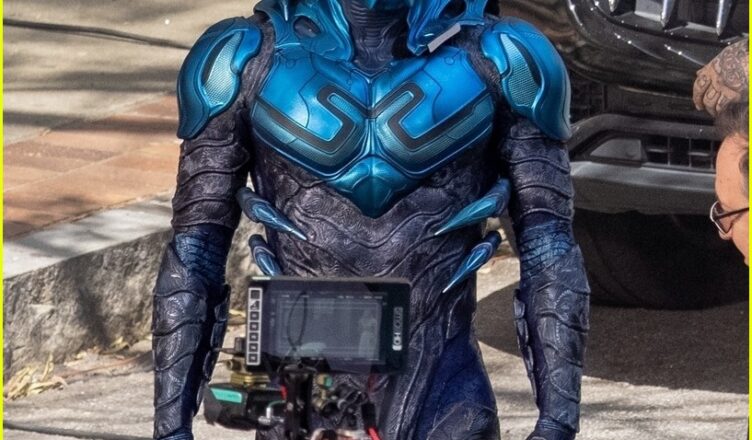 The Blue Beetle movie is in production for Warner Bros which is amazing news to type. The Blue Beetle should be a familiar name for fans of the Justice League as the original Blue Beetle Ted Kord. The 20-year-old Cobra Kai actor will be portraying the 2nd iteration of the character Jaime Reyes. We’re now getting some cool set photos featuring Xolo Maridueña in full costume:

The costume looks AMAZING and really is a spot-on comic adaptation onto the screen. I really like what we’re seeing with this costume and casting. I’ve always been curious about the Blue Beetle character and if I remember correctly he’s a lot like DC’s analog for Spider-Man.

Again, this costume is really awesome looking and I am now a lot more curious about this film. I wonder who will be the villain for the movie? What do you guys think of the look?

Mexican-American teenager Jaime Reyes gains super powers when a mysterious scarab binds to his spine and provides him with a powerful suit of blue alien armor.