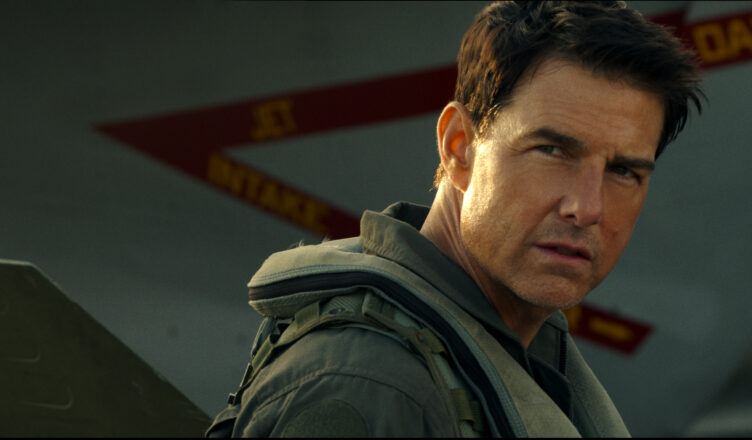 After more than thirty years of service as one of the Navy’s top aviators, Pete “Maverick” Mitchell (Tom Cruise) is where he belongs, pushing the envelope as a courageous test pilot and dodging the advancement in rank that would ground him. When he finds himself training a detachment of TOPGUN graduates for a specialized mission the likes of which no living pilot has ever seen, Maverick encounters Lt. Bradley Bradshaw (Miles Teller), call sign: “Rooster,” the son of Maverick’s late friend and Radar Intercept Officer Lt. Nick Bradshaw, aka “Goose.” Facing an uncertain future and confronting the ghosts of his past, Maverick is drawn into a confrontation with his own deepest fears, culminating in a mission that demands the ultimate sacrifice from those who will be chosen to fly it.

First off, there is no Top Gun: Maverick without the essence of Tom Cruise. His charisma and intensity were the driving force of the entire movie. The camera loves him, and he always captivates your attention whenever he’s on screen. I noticed how seamlessly he could be in the middle of a fun scene (e.g., at the Bar) and shift right into the dramatic moments as he dealt with the trauma of Maverick’s past. Cruise’s performance essentially held emotions captive because wherever he went with the role, audiences were sure to connect and follow.

The supporting cast had some solid acting as well. Miles Teller (“Rooster”) had great on-screen chemistry with Cruise. The tension between Cruise and Teller was compelling and convincing. Although I wished their characters had slightly better writing for their beef, Teller held his ground on screen right next to the titan, Tom Cruise. While the other cast did well, Val Kilmer was nothing short of a treat. Given his situation, his performance was both fitting and heartfelt.

As for the story in Top Gun: Maverick, it was nice to see some of the callbacks from the previous film. This was helpful for audiences who may not have revisited the 1986 movie before seeing the sequel. The flashbacks were a nice touch in connecting the past with the present, especially with Maverick’s personal issues. I also loved how the plot had a little bit of everything throughout the film. During some intense action sequences, Top Gun: Maverick still presented a few moments of well-timed humor to add some levity.

One of the best things that Top Gun: Maverick achieved was how the action was easily digestible for audiences. I was really impressed with how well the film instructed viewers on the difficulty, danger, and procedure of the mission. The movie didn’t beat audiences over the head with military jargon and made it incredibly easy to understand. By the time the mission picks up in the third act, we felt just as prepared as the pilots to undergo what was to come.

A lot of the authenticity for Top Gun: Maverick came thanks to the settings and incredible cinematography. The editing and camera angles of the pilots in their aircraft were not only engaging but exhilarating to watch. It certainly was a benefit to see the actual actors in the cockpits, but I believe the camera shots of the planes really brought a level of suspense to new heights. Also, with the earlier training sessions witnessed, many of the computer simulations made the actual terrain more visually conceivable. So when a plane was about to reach a certain speed or altitude, it felt as real as it could be for us spectators.

One of the minor issues with Top Gun: Maverick was that it didn’t know when to push the brakes on some of the nostalgia. I thought that the bar scene with Rooster was perfect. It showed the parallel to the last movie and connected it to the sequel. However, the film continued to not only keep pushing what happened in the past, but this film itself became a rehash of the first movie. Of course, there were some differences, but a good majority of Top Gun: Maverick felt like a modernized version of Top Gun (1986). As a result, a few key moments felt overly predictable. The relationship dynamics between Rooster and Hangman, for example, were exactly like Ice Man and Maverick. Does that ruin the film? Not particularly. However, it was a missed opportunity for the sequel to flesh out more of the characters and plot differently.

Another minor issue was that I did feel the writing could’ve been more substantial and more relatable between Rooster and Maverick. After all, this was supposed to be the primary conflict in the story. I loved the reasoning behind Maverick’s past actions against Rooster, but I have to admit I didn’t feel the weight of “pulling papers.” Maybe it’s because I’m not part of the military. I totally understood the concept, but again, it was the feeling of the action that didn’t translate well enough for me to justify Rooster’s resentment.

Top Gun: Maverick is the total package of what a blockbuster movie should be. You’ve got the movie star in Tom Cruise, the action, drama, humor, and thrills for your eyeballs’ enjoyment. This was nothing short of a blast to watch, and this film is a perfect reason why anyone should still be going to the movie theaters. Any other viewing of this film would just feel disappointing. While a previous viewing of Top Gun: Maverick isn’t exactly necessary, I do believe that watching the movie would be a great way to fully appreciate Top Gun: Maverick. Be sure to see Top Gun: Maverick on the biggest screen possible as soon as you can. 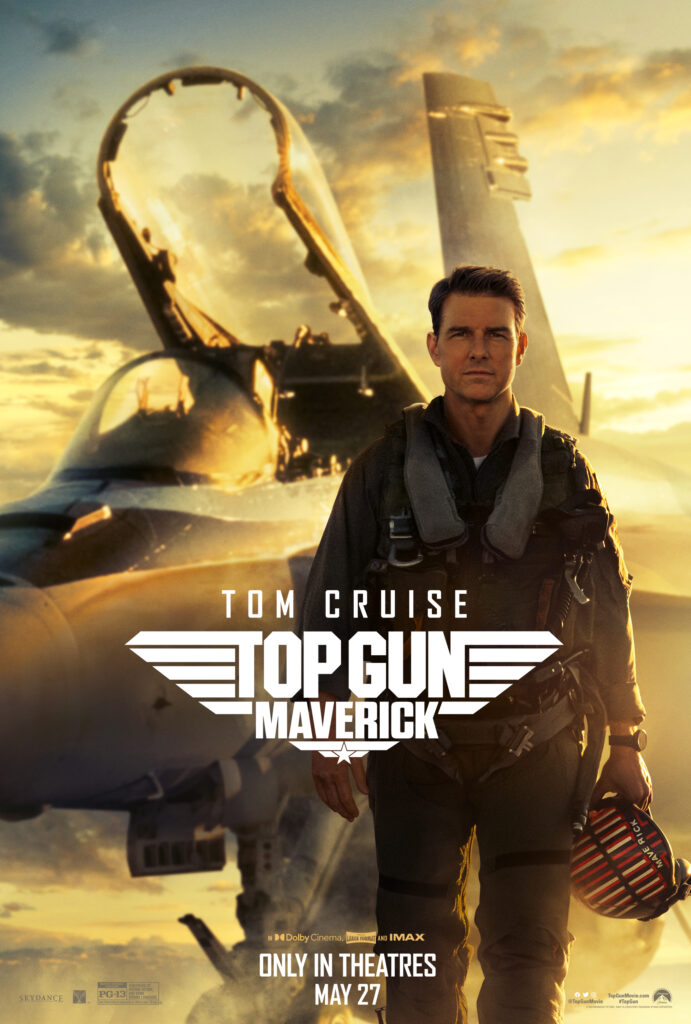