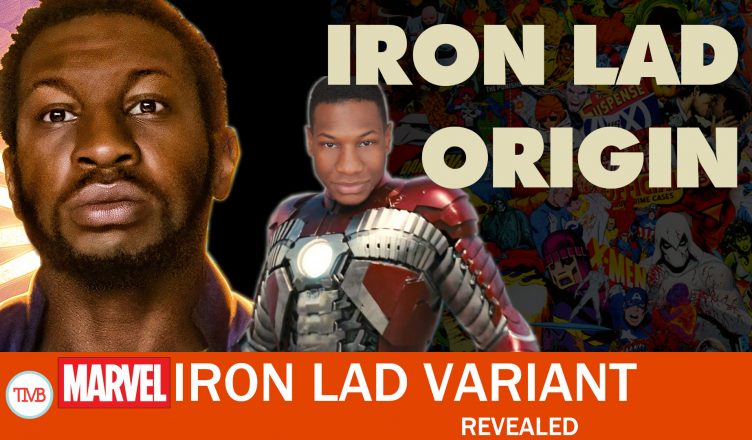 This is one of marvels most confusing characters of all time. I challenge you to come up with a character more confusing. We’re taking a shot at examining all of his identities in our YouTube Nathaniel Richards Variants Playlist.

Now I know a lot of people are still buzzing about Jonathan Majors’ fantastic outing as He Who Remains in the Loki TV show . I want to take a moment to help people understand more about the man behind the myth. This one character actually has multiple identities that he adopts over the course of his lifetime. Nathaniel Richards evolves from a simple scientist to one of the multiverses’ greatest threats. Let’s sit down and discuss He Who Remains, the many lives of Nathaniel Richards.

Iron Lad is mostly associated with the Young Avengers, a team of which Iron Lad is a member. He first appeared in Young Avengers #1 (April 2005), created by writer Allan Heinberg and illustrator Jim Cheung. To start off we’re going back to Young Avengers #1 which came out in an interesting time in Marvel comics. The Avengers had disbanded after the events with the Scarlet Witch and the House of M and the world was, at the time, operating without any official Avengers group.

Marvel gives a flash back (or flash forward) of a young Sixteen-year-old Nathaniel “Nate” Richards. Young Nate is a student at school and we see a time when bullies at his school are attacking him. Surprisingly Young Nate is rescued by his time-traveling adult self, the villainous Kang the Conqueror, moments before bullies would cause him to be hospitalized for years of his life from a knife attack, an event that originally shaped his development into a villain. Kang shows his teenage self his experiences throughout time and allows his younger self to witness the future battles and glory that would result in his transformation into Kang the Conqueror. His idea here was to inspire his younger self to become a villain sooner but without the trauma that would have resulted from the knife attack.

This idea backfires because young Nathaniel is horrified at the life of evil his future self shows him. Kang presses Nate to accept his future by killing the bully who would have hospitalized him. Instead, Nate takes refuses to accept his older self’s offer and instead chooses to use the time travel technology given to him by Kang and transports himself to the past, hoping to avoid his dark future.