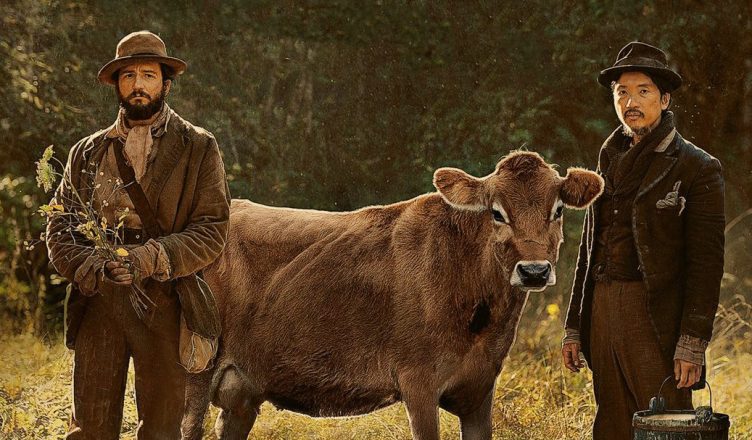 As the saying goes, “Friends are forever”. Director Kelly Reichardt adapted the novel “The Half life” of author Jonathan Raymond to bring before us a tale of two friends in the vast Old West who held on to each other till death did them part. “First Cow” stars John Magaro in the role of a chef named Otis “Cookie” Figowitz and Orion Lee as a Chinese immigrant King-Lu. Their heart-touching story of brotherly love and compassion is bound to make anyone emotional.

The story opens in the present day, where a woman (Alia Shawkat) is shown walking her dog by the riverside. Here she discovers two skeletons lying side by side in a shallow grave.

The story of these two skeletons traces back to 1820 in Oregon Country. It’s the tale of two men, Otis “Cookie” Figowitz, a traveling chef, and King-Lu, a Chinese immigrant wanted for murdering a Russian man. During the 19th century, most Americans were traveling west to the Oregon territory to start a new life. Cookie being one of them happened to meet Lu. They decided to open a bakery business together.

But the main ingredient their bakery business demanded was fresh milk. Now their major concern was to somehow obtain that milk. During that period, a wealthy Englishman named Chief Factor (Toby Jones) was the only person who had a proper settlement in that region. What’s more, he also owned the first milk cow in that area!

Cookie got the idea of using that cow’s milk for making his baked goodies. He narrated his idea to Lu and they planned to steal the cow’s milk by creeping into Chief Factor’s estate at night. After this, they started regularly milking the cow during nighttime when no one was there to see them. They started making delicious mouth-watering biscuits and goodies and even sold them to Chief Factor himself! Chief didn’t have the slightest idea that these goodies were made out of the milk from his own cow.

As time passed and they made good profits, Cookie wanted to end this bakery business and move on with Lu. However, Lu wanted to sell just one more batch of biscuits. So, they decided to milk the cow for the last time.

But it was their ill fate that while doing so, this time they got spotted by one of Chief’s men. They ran off. However, the news reached Chief Factor. Chief assumed them as a threat to his property and decided to track them down and kill them.

While they were on the run, they nearly got caught by Chief’s men on several occasions. On one occasion, Cookie fell down from a hill and sustained a head injury while Lu swam away. When the two reunited again, Cookie with his injury getting worse was too weak to keep up to Lu and escape along with him. So Lu decided to give him company and lay down beside him. He even consoled him that they will be safe. However unknown to them, Chief’s gunman had tracked Cookie and was about to get his hands on them. The movie ends leaving it for the audience to interpret their fate.

Directly takes a hit at the capitalist markets

I feel that First Cow does take a direct hit at the capitalist markets in America as well as the “American Dream”. You will come across the scene where our heroes Cookie and Lu visit the lavish mansion of Chief Factor for supplying freshly baked clafoutis. Here you will witness Chief lecturing his guest (Scott Shepherd), a ship’s captain, about implementing corporal punishment for those laborers who are unable to carry out their tasks competently. I believe this directly indicates “class war” prevalent in the 19th century America. Such class war, which supported the discrimination between the rich and the poor, was the foundation stone of capitalist markets.

I salute the befitting dialogue given by King-Lu to his friend, “Men like us, Cookie- we have to make our own way. There are no empires silhouette or colors du jour for us. We have to take what we can when the taking is good”. I feel here Lu did provide the exact answer as to how the poor can survive in the class conscious capitalist scenario.

Honestly, I find the cinematography by Christopher Blauvelt in First Cow to be amazing. What a beautiful depiction of the Old West Oregon countryside! I personally have some dire fascination for such scenic farmland and country landscapes. If this really how the Old West landscapes were, I myself would prefer to time travel to the 18th or 19th century and settle there. Jokes apart, sadly I reside in India and would have to travel to America first before I pursue the time travel!

I find the screenplay in First Cow too slow. If you happen to be that fast and energetic action or thriller buff, this may not be the movie for you! The plot proceeds leisurely to the point where you may start feeling a bit bored. But trust me, once you catch the concept of this movie, you might get engrossed in it for the entire 2 hours run duration! That’s the spell First Cow casts on its audiences.

Also, I believe that the film’s setup has taken an unnecessary amount of its run duration. Reichardt could have considered further editing and cutting off some portions in order to reduce its runtime.

The starting and ending scenes have an uncertainty associated with them

You might have assumed that in the starting scene when the lady with her dog walks along the riverside and discovers two skeletons lying side by side, they are of the two friends Cookie and King-Lu. But wait! The film never mentioned that the two skeletons are of Cookie and Lu. It has been assumed!

Reichardt makes the story utterly uncertain at the very end where Lu lies down along with his friend at the time of distress. It might be that they were killed by Chief’s henchmen. Or it may have been the other way where the henchmen never got them. Cookie might have succumbed to his injury and Lu left after that. Then there would have been only one skeleton at the place. However, it has been left for the audience to presume that these two skeletons are their only. Who knows?!

If you ask me, I feel that this friendship story could have been given a more suitable title rather than “First Cow”. I believe this prized cow named Evie in the film is more than their companion. The cow had lost her mate as well as her calf, both died during her journey to Oregon. This made her the only cow in the territory. Or shouldn’t have this movie been named as “Last Cow” then?! However, on a serious note I think this movie does explore the complex relationship between animals and humans. After all, the cow let the two strangers milk her!

In this current pandemic scenario when the global economic system is crashing, I am certain that “First Cow” as a movie stands a good fit. And, why not? After all it showcases two men striving for their livelihood in the capitalist ruled world. If the present day economic degradation continues, I think the global economy may degrade to the extent where several people may find themselves in the position of Cookie and Lu very soon.

Overall, I find First Cow to be an engaging story about true friendship. Magaro and Lee have marvelously presented their respective characters of Cookie and Lu. Their performances did touch my heart. The last scene where Lu lies down along with the injured Cookie to meet their fate together is bound to make anyone sentimental. I bet you will rarely come across such a genuine friend like Lu. He could have very well thought of his own safety and left Cookie to die at the hands of the henchmen, but he did not! He provided him company even during the time of death. I hail such authentic friendship. Live together and die together. According to me, this is the essence of true friendship! 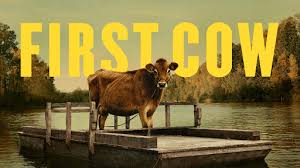