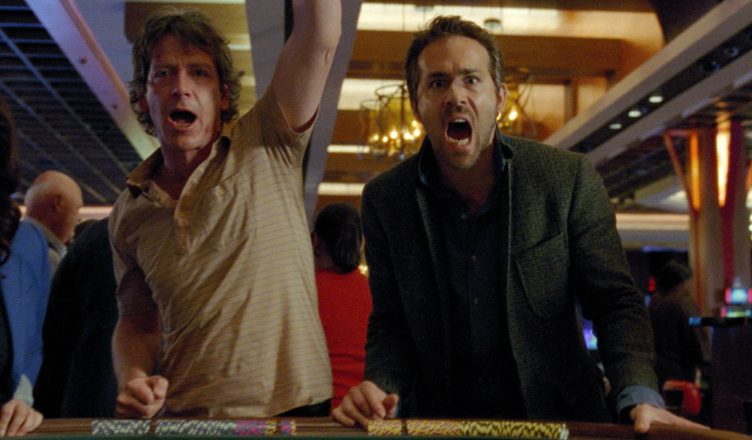 Two of the main actors are Ben Mendelsohn featuring in the role of Gerry, Ryan Reynolds starring in the role of Curtis, Sienna Miller in the role of Simmone, and many more. The cast is indeed very impressive and if you think of it just as an ordinary movie, the cast already gives the impression of the good quality of acting as well as the interesting plot itself.

As mentioned above, the movies are about gambling and two men who meet each other and soon become friends. Though, not everything is similar to other gambling themed movies. Also, Mississippi Grind should be very thankful for the movies “The Gambler”, which stood as the main inspiration for the directors of the movie Anna Boden and Ryan Fleck.

The movie was released in 2015 and is more of the modern style, though it could have simply been the 70th styled movie, with the characters being dressed in jeans and big blouses. Also, the theme of the movie and the whole plot which is presented in the movie is very similar to the old school road trips and adventure-seeking friends.

The movie starts with the introduction of the characters, who are very different from each other and who are definitely not suitable for each other. Though from the very first scene you will notice that fate wants those two to become friends, and they will. The characters, Gerry and Curtis are both very different and if you pay attention to their features and characteristics, you might think that in the real-life or in any other movies the characters would have been each other’s opposites.

Curtis, represented by Ryan Reynolds is the young, very handsome, quite rich man, who is always the center of attention not only from women but from men as well. He is always the leader and always the key figure in every situation. He knows almost everything about the law of attraction and attracts everything and every one to his side. Despite the fact that he is young and free, he always knows his limits.

On the other side, there is Gerry, who is older than Curtis and is divorced with his wife. Gerry is a representation of the perfect loser. He is the one who is desperate, almost hopeless and a walking disaster. He is not only destructive on his own but is also distracting everything and everyone around him. While Curtis knows all of his limits, Gerry is the complete opposite, limitless. 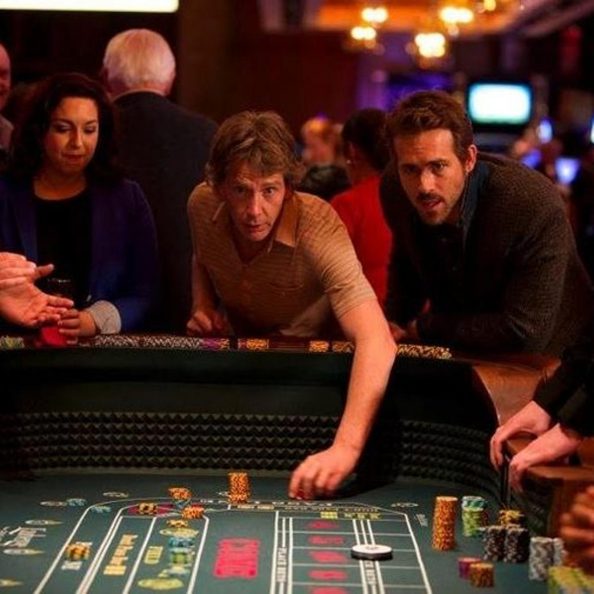 Fans of the movie are quite attached to these characters and would probably reject any attempt at a reboot with somebody else. Due to the setting of the movie, and the iconic actors playing, it quickly became sensational in Las Vegas where casinos were more than eager to invite these people dressed as their characters. Most of these “invites” were goofy ways to show “See!? They don’t always lose!”. Naturally, most of these campaigns were predetermined and the actors were in on it, but it was basically a commercial so nobody said anything.

This quickly moved to the online space, as most things do after being tried in Vegas. Dozens of online casinos started calling this the best VIP casino program they had come up within the last decade, but almost all of their VIP programs were called that. So much for feeling special, I guess.

But all of these public appearances started to form alternatives in fans’ minds. What if the story had gone a different way?

If you think logically, they might conclude that in real life or in any other movie, Curtis would have been the young and wild kid, who needs constant observation and constant care. He is also the one to lose and to spend the most without knowing any limits and any borders. Yet, in the movie, Gerry is the very depressive, irresponsible big brother who constantly needs to be taken care of.

Curtis knows when to stop drinking, when to start playing and when to stop sleeping with women, who always find him the most desirable and attractive. On the other hand, Gerry manages to lose not only his own savings and salary but everything they own and puts everything on the scale.

Curtis is never against taking care of Gerry, as after the very first sign, they were meant to be together and became friends. Thus, Curtis is very affected and very attracted to Gerry and finds it necessary and recalls it his own duty to take care of his older brother Gerry on their road to gambling. This is how the Mississippi Grind duo was formed and how it all evolved.

On their way to different casinos, Curtis also helps Gerry to prove to his ex-wife that he is worth fighting for and he is not completely desperate. Besides this, they are trying to find her. Though, whenever they find her, Gerry is astonished by her look and her reaction to his appearance.

While talking generally about the movie, it might be one of the best movies to watch with the gambling theme being involved in it. Moreover, it is based on gambling, yet it features many more interesting elements and makes us focus not only on the card games but on feelings and emotions, delivered by the characters.

The quality of the movie is very decent, some of the nice scenery is presented, making it very nice to watch. Moreover, the colors of the movie, the style, and the soundtracks are another thing to pay your attention to.

One way or another, it is indeed one of the most interesting movies to watch, and with the perfect set of the cast and indeed interesting decisions of the plot, it becomes a decent movie to catch your eye on.