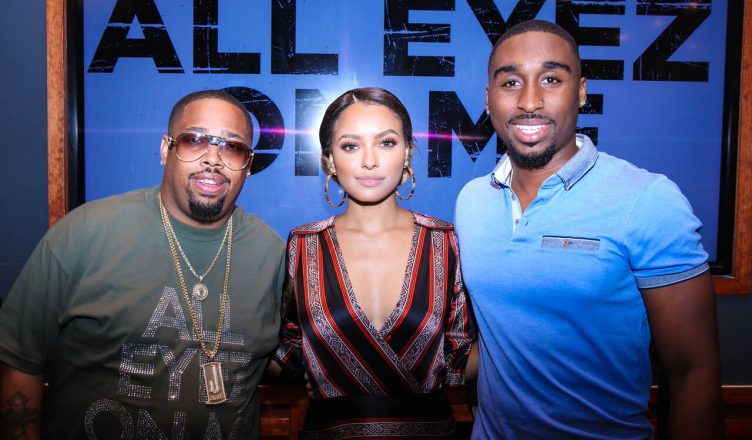 I was lucky enough to attend a special press conference of the highly discussed All Eyez On Me, a little before the movies release.

While the movie is getting mixed reviews, one thing is getting universal praise, and that is the acting from Tupac Shakur actor Demetrius Shipp Jr., and Jada Pinkett Smith actress, Kat Graham. The man featured in the upper left of the picture above is the All Eyez On Me producer L.T. Hutton, who has had the pleasure of working in the music industry himself, and even knowing Shakur at a personal level.

L.T. discusses his driven vision for the movie, as well as some of the challenges they faced in production, while Kat Graham discusses how important it was for her to really get into her (real life) character. Since Demetrius Shipp Jr.,  was probably the most well praised aspect of this movie, what everyone really wanted to know is how the production team not only cast such a Tupac look alike, but how he was really able to successfully embody such a pivotal character. 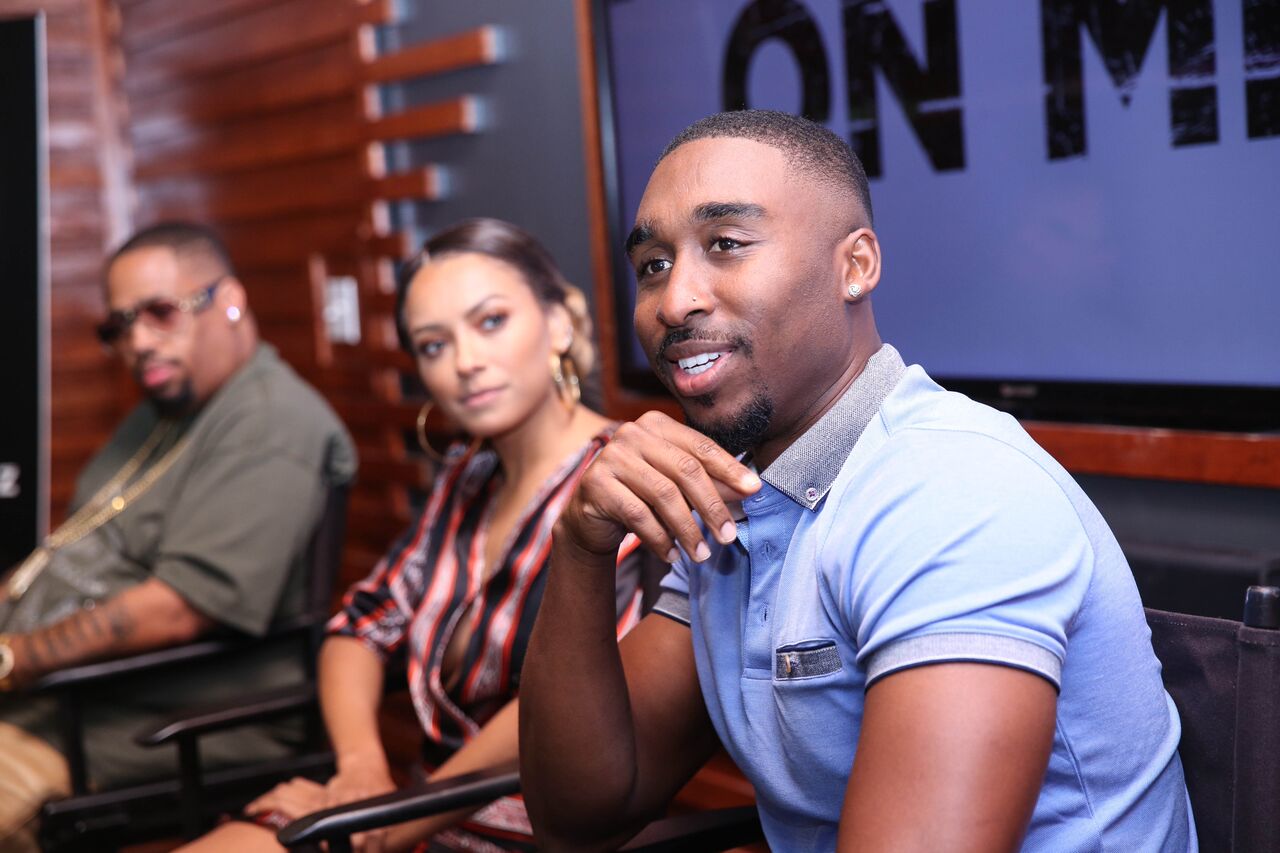 Below you will find a snippet of some of the best parts of the press conference. Feel free to scroll to the audio at the bottom if you would rather be more of a listener and hear the full uncut interviews. 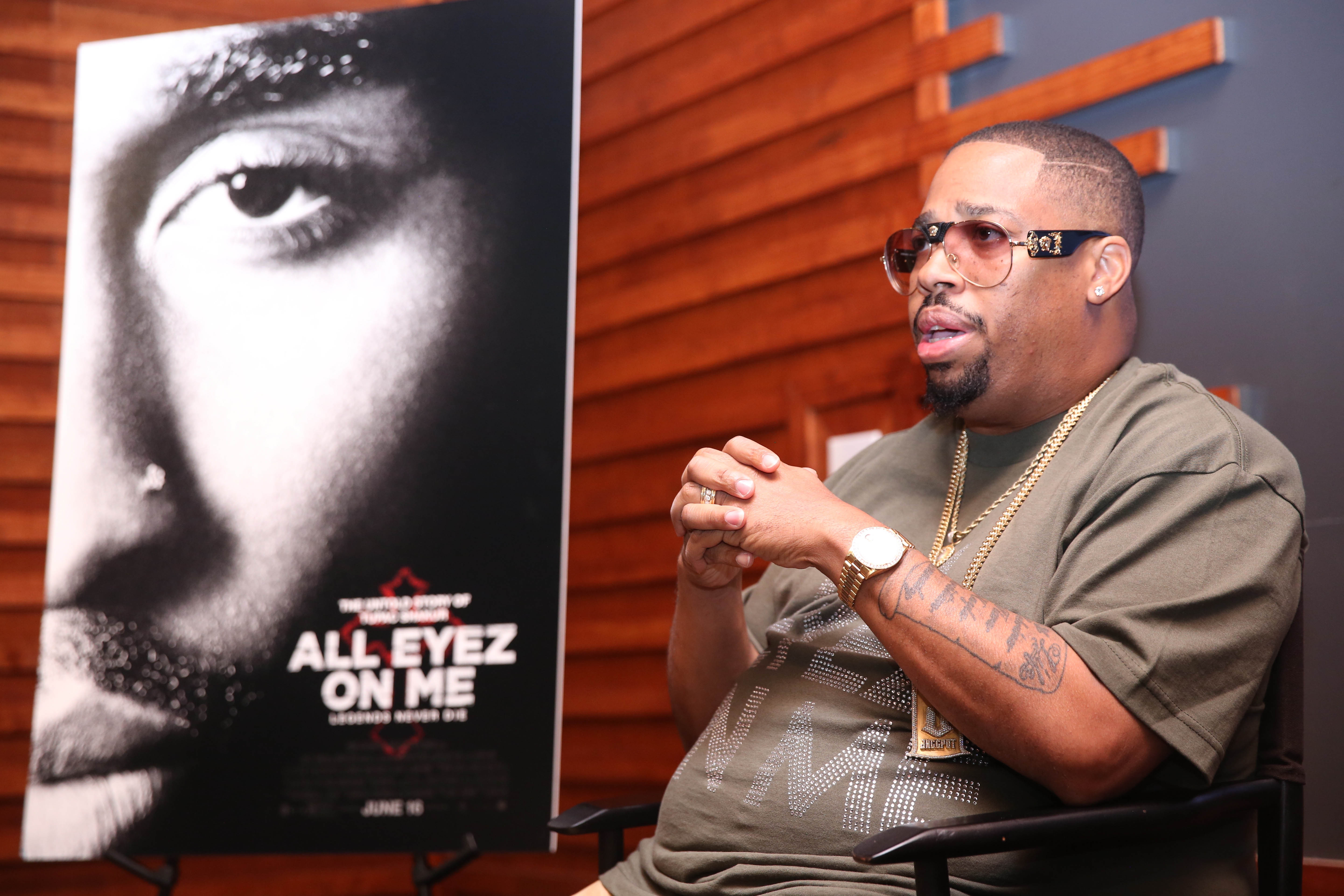 There is a lot to cover in any biopic, but with someone as complex as Tupac Shakur, it is always going to be a challenge with what and where to include so many vital aspects of such a complex person’s life. Upon facing this challenge, L.T. Hutton discusses what inspired his perspective on what  this rappers complex story should include and where this inspiration came from.

“So how did you pick and choose which parts of Tupac’s life you wanted to include in the film?”

“It was about how Tupac describes his life, and coming from and in Tupac’s point of view.”

“We used this as a way to sort of stay in the lines, of a coloring book so to speak, as Tupac didn’t get caught up in one section of his life or another, he just told you his story.”

L.T. goes on to say how they could have easily ended up with too much focus in one area or another of Shakur’s life, as he states,

This balance was important L.T. states, as he really wanted to include and give screentime to every importanrt person and moment in Tupac’s life.

While this was the main goal of All Eyez On Me producer, L.T. does say that not every aspect or person could make it into the movie as he describes, how his main goal was to introduce Tupac to an entire demographic and age group of people who may not be very familiar with the whole rap legends story. 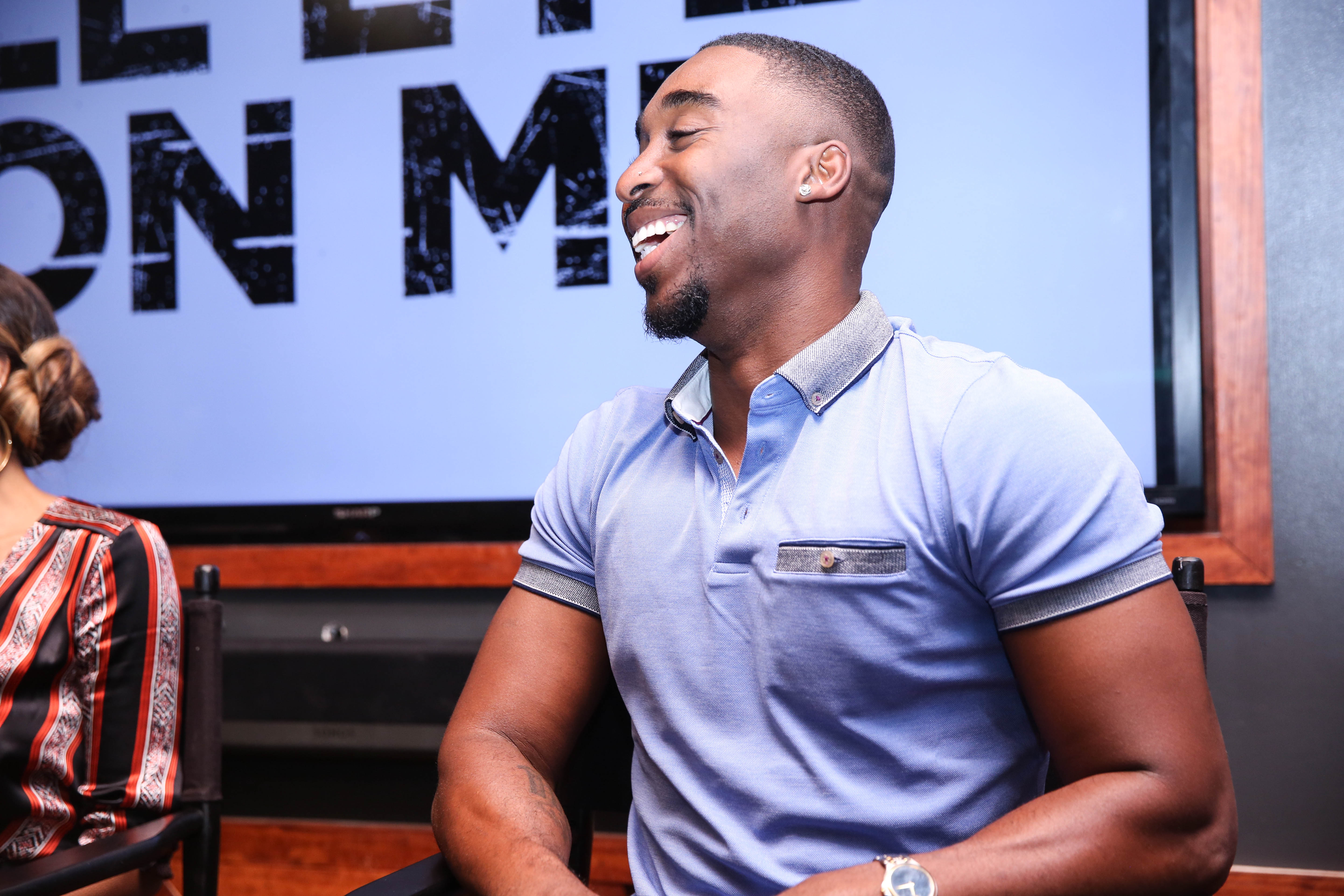 The main star of the movie took over the next segment of the interviews, as L.T. sent the questions his way after telling us how he encouraged Demetrius to really get into the character of Tupac. While Demetrius was eyed for the role several years ago, after meeting L.T. in his office back in 2011, L.T. says he really wanted Demetrius to know that this role was not of any guarantee for him.

Perhaps one of the most descriptive moments of this process, was in L.T. telling Demetrius that he should drink Hennessy and even taste some real cigarettes, since it was really important to have the exact nuances of Tupac down to a “T”.

In capturing every aspect of his character, Demetrius was asked if he was Tupac the entire time they were filming on and off camera.

Demetrius laughs as he states,

“If you asked me while I was filming I would of said, no, that I was still myself, but when I got home, and looked back at some of the behind the scenes videos and footage, I realized that I was in character the entire time.”

Demetrius goes on to state how when he got home his family members would ask why are you talking with your hands so much, as he really embodied each and every one of Tupac’s mannerisms. 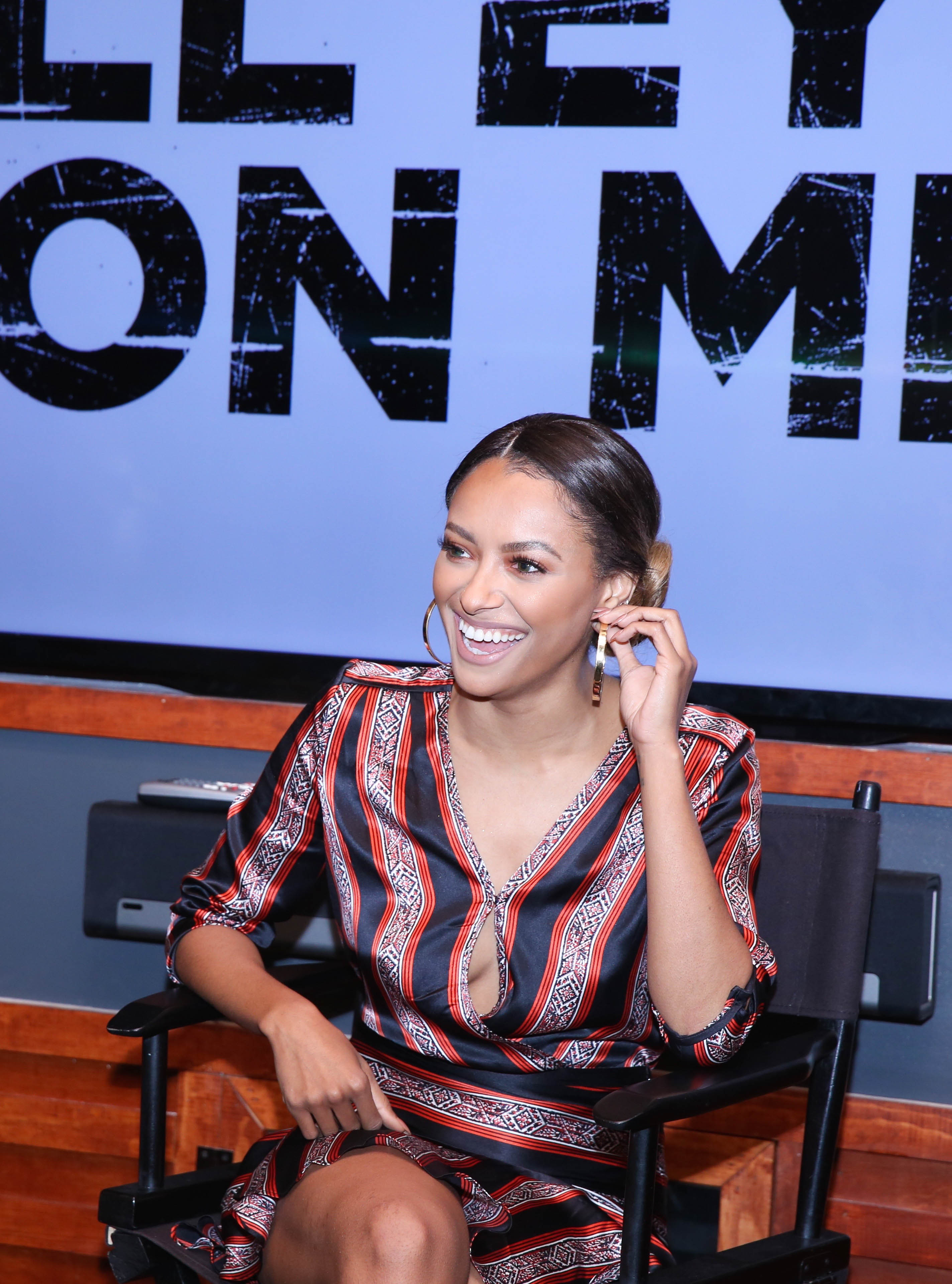 Kat Graham also offered some interesting segments to the conference, as she discussed how she got into her character as Jada Pinkett Smith, Tupac’s close friend. While Kat did not get to speak to Jada Pinkett before or while filming the movie, she did her best to work with what she had, as she stated how she did everything to keep from just imitating her character, and actually aimed to truly embody her, as she said she discussed how she literally watched any and everything Jada Pinkett was starring in at the time of her relationship with Tupac.

This was a different type of role for Graham to play, so she took it of serious importance, as she stated how much it meant to her to have a role that connects to people of her background and culture.

“It’s about connecting to people that I am like, and it had in the past bothered me that I wasn’t a better representation of a black woman in Hollywood . . . so having an opportunity to be in this role was a blessing.”

You can listen to the full conference, here:

Also, if you are still on the fence about seeing the new All Eyez On Me movie then make sure to check out my full

All Eyez On Me review.