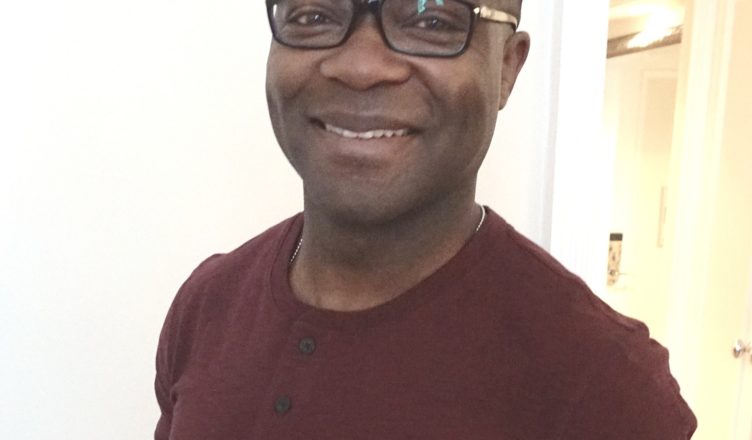 David Oyelowo, the British-Nigerian actor best know for his portrayal of Martin Luther King Jr. in Ava DuVernay’s “Selma,” turned up at a midtown Manhattan hotel last week to promote his new film, “A United Kingdom,” directed by Amma Asante.

“A United Kingdom” is the real-life story of King Serese Khama of Botswana, who fell in love with Ruth Williams, a middle-class white woman (Rosamund Pike) while attending college in London during the 1940’s. This was at the same time when apartheid was being introduced in South Africa, and the couple’s romance and subsequent marriage caused a political crisis between England and South Africa, not to mention the condemnation of Seretse’s uncle, Tshekedi (Vusi Kunene), who ruled Botswana during his nephew’s absence.

Despite efforts by their families and governments to tear them apart, Seretse and Ruth remained steadfast in their devotion and marriage until Seretse’s death at age 59. Their story, which is little known today, is inspiring and fascinating and a worthy follow up to Asante’s “Belle,” also based on a true story and a mixed-race couple.

So the movie was your idea I asked Oyelowo? The production notes said the actor was instrumental in bringing the film to the big screen.

“Yes, it was. Well, no, no. I think I would describe myself as the engine for ultimately getting it made,” he said. “But how I happened upon it was doing a film in Atlanta about seven years ago. The producer of that film had the rights to a book called “Color Bar” that Susan Williams had written. He had always wanted to see it come to fruition as a film.”

He added, “When I read the book, saw the images of these two, couldn’t believe that I didn’t know about this story, didn’t know about them. I just was determined that we would get a film made. In the intervening years between then and now, anyone who’d listen to me, I sort of bludgeoned them with thoughts of getting the film made. Largely those who came on board of the film are all people I’d worked with in other films. I had managed to corral them into joining me on this quest.”

The movie’s themes hit close to home for the actor.

“My father was a Nigerian prince and he’s (Seretse) Yoruba, which is one of the main tribes in Nigeria. He married my mum, who is Igbo and that’s quite taboo for a Yoruba to marry an Igbo lady, and she’s a commoner. She’s not from a royal family and so they actually eloped to the UK in order to be married and be together. So, you know, it’s on a much smaller scale, not unlike Ruth and Seretse in some ways, in terms of them being frowned upon for whom they had chosen to marry. That’s something I knew growing up, and I’m sure it was probably in the back of my mind as I was reading this story and thinking about them as well.”

He added, “As someone who’s in an inter-racial marriage myself when I happened upon this story I found myself feeling huge relief that me – myself and Jessica (Oyelowo) – that I didn’t have to go through what they went through. I find it admirable how they stuck to their guns.’’’ 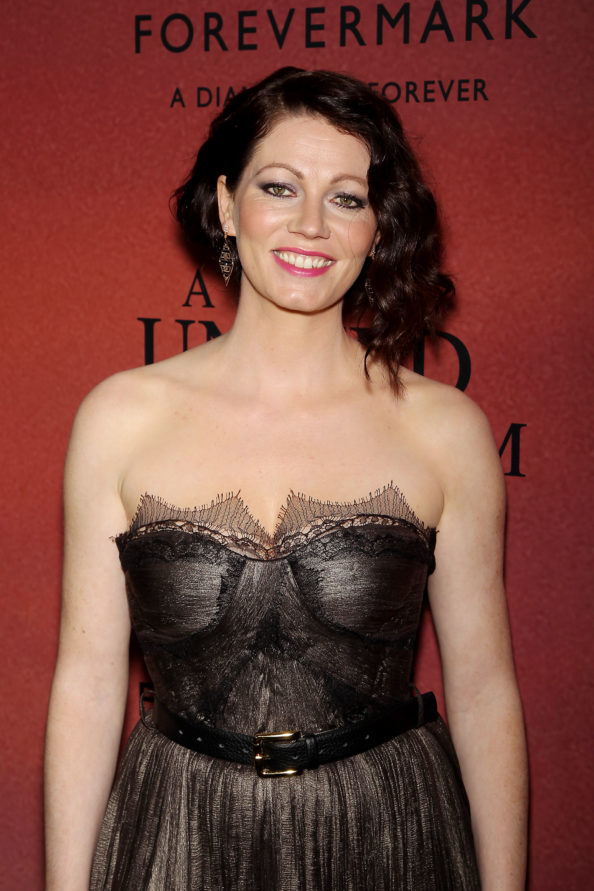 Oyelowo and his wife Jessica Oyelowo have been married for 19 years and have four children. She’s an actress and has a small but noticeable role in “A United Kingdom” as the snooty wife of a high-ranking British diplomat who does all he can to put roadblocks in the way of the lovers.

Was if fun being the film with his wife I asked? I mentioned she was very good in the part.

“Yeah, yeah, yeah. Too good, I think, playing that racist lady, don’t you think?” He laughed.

Oyelowo added, “This story has meant a lot to us, for a long time. She’s been right by my side, as we’ve been trying to get it off the ground. She’s very dedicated to seeing it come to fruition in the right way. It was actually Amma who suggested she be in it. That was a great kind of cherry on the cake, to be in the film with her.”

Because of the story’s themes it was inevitable to bring up the Jeff Nichols film “Loving,” starring Ruth Negga and Joel Edgerton. Has Oyelowo seen it?

“I did see Loving. Joel Edgerton’s a very good friend of mine,” Oyelowo said. “We just did a film together. I think that he and Ruth’s performance is wonderful in the film. Again, you know, another important story that a lot of people I’m sure don’t know anything about. I think these films; it’s a tough balance. You don’t want them to be spinach. You don’t want them to feel like a history lesson that is something that you would be forced to watch in a classroom somewhere. For me, there has to be entertainment value. There has to be something other than just it being educational. But they are important in terms of having an inroad into that which we may not know and that which could and should inform how we treat each other.”

As for future projects, Oyelowo is taking a break from substance-oriented historical projects but not exactly going into “Hangover” territory.

“I have an action comedy coming out later this year that Nash Edgerton directed and that’s with Charlize Theron, Joel Edgerton, Thandie Newton, Amanda Seyfried, Sharlto Copley, and trust me,” said Oyelowo, “there’s not a historical speech in sight. It’s me playing a fool and having a lot of fun, and then, yes, the J.J. Abrams ‘Cloverfield’ film, with no speeches, and no black people are struggling in that film either.”

He added, “I love action. I love pure entertainment. I love a good popcorn movie and so those are things that I’m very open to and actually my 2017 largely going to be that.”

Talking about action, the opening scenes of “A United Kingdom” show Oyelowo in a boxing ring going a few rounds against a rival. The actor looks very fit. How did he get into boxing shape for the role?

“Well he was an athlete,” he said of Seretse. “He had boxed at University and you don’t want to start a movie with boxing and then look like Dr. King, as much as I love Dr. King. Yes. But that tends to be the shape I’m in. Most people sort of came to be more aware of me as playing Dr. King when I was 30 pounds heavier than I normally am. It’s wonderful, every time people see me they go, ‘Oh, you look good!’ Thank you, thank you.”