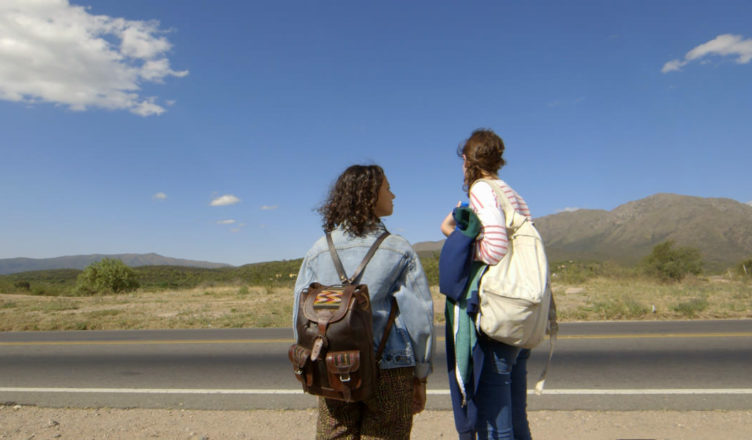 It’s not that I wasn’t entertained-genuinely fascinated at times even.  And the performances were roundly quite natural and engaging.  But what exactly it is that Writer/Director Bernardo Britto is trying to get across with his new faux documentary film, “Jacqueline (Argentine)”, was ultimately and nearly completely lost in translation with me.

Is this a story about international political intrigue?  Creating one’s own “Reality Star” persona?  Infiltrating interplanetary aliens among us bent on taking over our planet?  And what about all those poor departed pooches?  Or is some hybrid hodge-podge of all the aforementioned intended to resonate?

As I think I’ve made clear, I clearly can’t tell ya.

I do know this, however.  Wyatt Cenac (“The Daily Show”) is hilarious as a struggling filmmaker in the most low-key manner imaginable.  Cenac is damn near perfect as a guy who always seems to be at the cruel mercy of the ludicrous, eccentric and mostly disappointing events revolving all about him.  And watch for this Camille Rutherford.  As the freaky French femme Jacqueline Dumont, she is the fulcrum upon which everything else pivots here.  Rutherford’s turn is a tirelessly tricky one to be sure.  The young actress not only satisfies, but over delivers, as the close to constant center of our attention.

At the end of the day, does Jacqueline manipulate this sad sack director and his two-man millennial crew with the self-aggrandizing aspiration of creating a kick ass “Yo, Producers, Dig On ME!” audition tape?  Again, watch this flick and then you tell me, deal?

All I can tell you for certain is that having now watched “Jacqueline (Argentine)”, it is me as the viewer who comes away with this irksome feeling of having just been played.