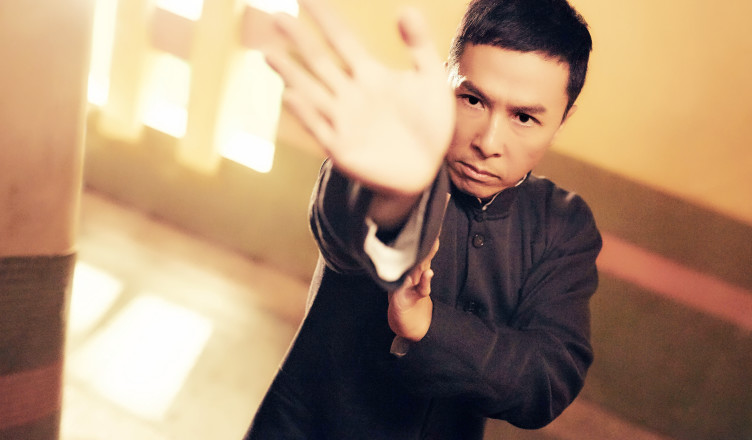 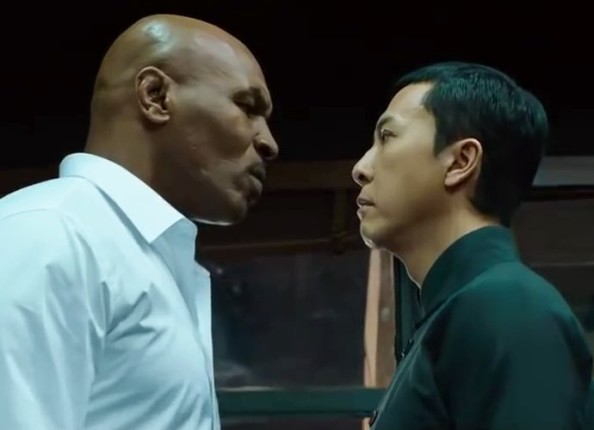 Synopsis: When a band of brutal gangsters led by a crooked property developer make a play to take over the city, Master Ip is forced to take a stand.

I stared at the screen for about an hour. I tried to think of how to make this a viable review, because the only thing people care about in a Kung-Fu film is the fighting. Personally, that’s the only thing I care about. The acting can be terrible. The dialog could be atrocious. But, as long I walk out of the cinema feeling like a Kung-Fu master, all is forgiven.Let’s fast forward to my most recent experience. So, I entered the screening looking for three things. First,  but most importantly I look for THE ACTION. This is the glue that holds the whole film together. If the fighting is not any good, then, there’s no point in seeing the movie period. Secondly, I curiously look out for Mike Tyson. I was more than intrigued to see how he was going to fit into this franchise. Last, but not least, I actively seek for the portrayal of Bruce Lee. On a serious note, I wouldn’t have even attempted the incorporation of such a legend, but I extend full kudos, nevertheless. Based on these three things, I have the following thoughts. First off, Mike Tyson had no business being in this film. He was a joke. A literal joke! His acting was a joke; his voice-dubbing was a joke; and, his fight scenes are a joke. Every time, he came onto the screen, the whole room laughed. This made things even funnier because we are supposed to be professionals. I don’t know how big of a star, Mike Tyson, is overseas. But, I cannot begin to fathom the possibility that he is that big. The only saving grace of the film and for him is that he is on-screen for an approximation of only six minutes. And, boy were those six minutes long. 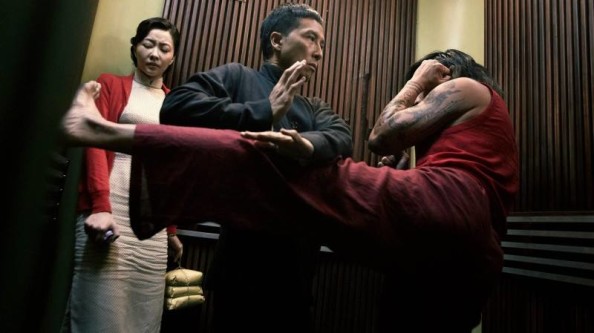 However, I think Bruce Lee was done perfectly. I was initially pissed off because of his portrayal. But, as time progressed, I had more time to reflect. The conclusion that I have derived to is that nothing was ever going to meet my expectations of Mr. Bruce fucking Lee! There’s not a soul alive that can do him justice. Accepting that fact, I could see how Danny Chan did a fine job based on his own merits. Now to the meat of any Karate picture … The fighting and I have to say going in, I had very high standards. This was especially because Ip Man 2 was magnificent and is probably in my top ten best Karate films of all time. I’m happy to say there’s no Crouching Tiger, Hidden Dragon fighting style in this movie. Don’t put that confused face on, you know what I’m talking about. If they take one jump, they can fly twenty feet in the air. They could do seventeen spin kicks, while landing ever so gently. It was good for that one movie and that’s it. It’s the equivalent of shaky cam fight that takes me out the film, but I digress. The fights were great. Did it raise the bar? No, but that’s a pretty high bar to begin with since it was a sequel to begin with. I will say that the elevator fight scene was amazing from the way it started to the way it finish. It left me with a I can kick somebody’s ass feeling, and that’s what my inner Kung -Fu master craved for. Some other scenes fell a little flat for me,  Ip Man versus Mike Tyson (I know he has a name in the movie, but do you really care?) That fight was so forced and so rushed, I honestly think they just put it together last minute. I could see Tyson counting his steps!! Another fight that fell a little short was the big group fight. It wasn’t bad or anything, but it just wasn’t spectacular enough for me. Everything else was fine considering the movie’s genre. The acting was serviceable, the cinematography was serviceable, the music was “there”, I guess. The point is, if you are a fan of this particular franchise or genre, then you’re going to have a great time. Its the prefect end to a damn near prefect trilogy.

P.S IP Man does the one inch punch. If you are a fan you know what I’m talking about. If you not, google it immediately.