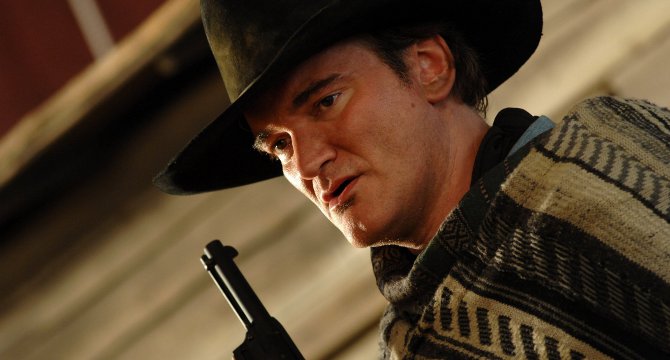 As someone who “cut the cord” years ago, I am a lover of all things streaming. I love the idea of being able to queue up Django Unchained, Kill Bill, and more with a few clicks of my remote but was not at all surprised that Tarantino is not an adopter of the new fangled technology. Indiewire has a fascinating article where they ask a bunch of directors their thoughts on streaming media and while some love the idea of how it’s able to make films available to many more people Tarantino prefers the tangible stuff he can hold in his hands:

Quentin Tarantino: I am not excited about streaming at all. I like something hard and tangible in my hand. And I can’t watch a movie on a laptop. I don’t use Netflix at all. I don’t have any sort of delivery system. I have the videos from Video Archives. They went out of business, and I bought their inventory. Probably close to eight thousand tapes and DVDs.

I have a bunch of DVDs and a bunch of videos, and I still tape movies off of television on video so I can keep my collection going.

The shocking part is the fact that the guy still owns a VCR. The prospect of looking for a video store is NYC is ludicrous. But the director is downright “old school” and is not a fan of the way technology is allowing films to be viewed in ways that directors may not have intended while filming. Just look at his response to director Darren Aranofsky’s comment about people watching his movies on an iPhone:

Darren Aronofsky: Most people are going to watch my films on an iPhone. We talk about that. When we did a sound mix, we did an iPad or iPhone mix for Noah, so that hopefully it would be in stereo. “Look,” I said, “there’s a real audience there, and you have to be conscious of that. You can’t control it.”

Quentin Tarantino: That’s the most depressing thing I’ve ever heard in my life.

From now on I am referring to QT as Old Man Tarantino. One who doesn’t like this new fangled stuff delivering his films to places where they were previously inaccessible. One who probably wants us to get our lazy asses up and go to a video store like grown folks. Hopefully he shares his secrets of procuring blank VHS tapes and head cleaners for everyone else who wants that tangible stuff.