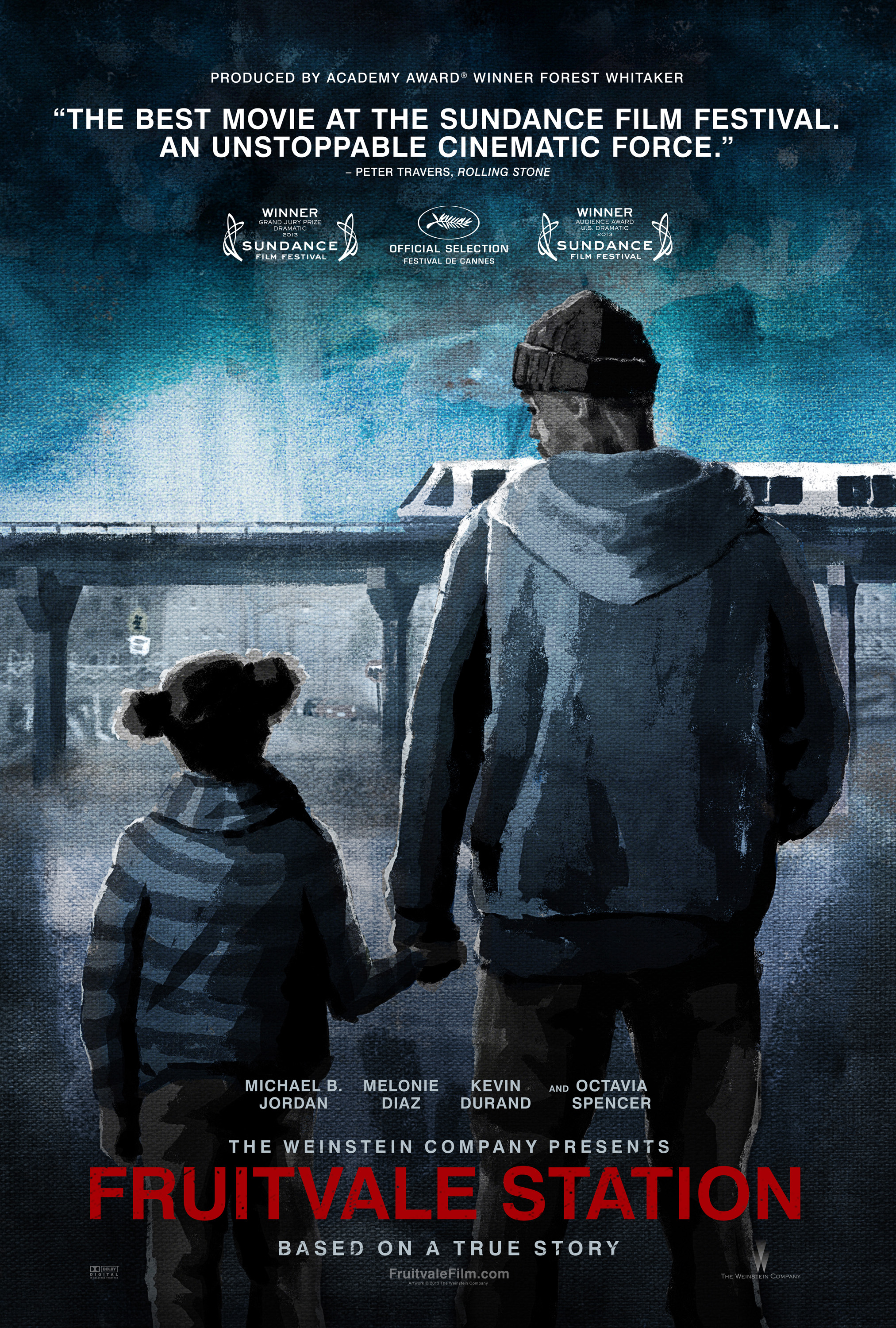 Written and Directed by Ryan Googler

Progressive Christian social justice activist/pastor Jim Wallis has referred to racism as America’s original sin. The bondage of a past has been explored in numerous movies and many people think this is an issue America has overcome. If it were only so easy. The Supreme Court voted to roll back some backbone provisions to the Civil Rights Act during in the summer of Paula Deen and George Zimmerman. The historical baggage of racism lingers in society. It is an issue I am not comfortable confronting or mentioning on a movie website like The Movie Blog. However, I do every reader of this site a huge disservice not mentioning this in a write up of Fruitvale Station. There are true injustices in society and Fruitvale Station explores characters and exposes the wrongs.

Synopsis: Winner of both the Grand Jury Prize for dramatic feature and the Audience Award for U.S. dramatic film at the 2013 Sundance Film Festival, director Ryan Coogler’s FRUITVALE STATION follows the true story of Oscar Grant (Michael B. Jordan), a 22-year-old Bay Area resident who wakes up on the morning of December 31, 2008 and feels something in the air. Not sure what it is, he takes it as a sign to get a head start on his resolutions: being a better son to his mother (Octavia Spencer), whose birthday falls on New Year’s Eve, being a better partner to his girlfriend Sophina (Melonie Diaz), who he hasn’t been completely honest with as of late, and being a better father to Tatiana (Ariana Neal), their beautiful four year-old daughter. Crossing paths with friends, family, and strangers, Oscar starts out well, but as the day goes on, he realizes that change is not going to come easily. His resolve takes a tragic turn, however, when BART officers shoot him in cold blood at the Fruitvale subway stop on New Year’s Day. Oscar’s life and tragic death would shake the Bay Area – and the entire nation – to its very core. (c) Weinstein

The opening scene of the movie shows the real incident of Oscar being gunned down by police. Utilizing Oscar’s cell phone and displaying his texts on screen as a means to communicate his life to the audience was masterful, daring, and creative form of expressionist filmmaking. Yet as I say this there is nothing too original in the directorial style other than those text messages typing across the screen. Something a film student could experiment with and talented filmmaker could successfully pull off, this directorial debut of 27-year-old Ryan Coogler shows what talent he can accomplish in a debut feature.

Emotionally engaging with exceptional acting yet somehow managing to be under-whelming & over-praised, Fruitvale Station won major awards at both Sundance and Cannes film festivals. I loathe jumping to this conclusion, but the Trayvon Martin incident will be on the collective conscious of moviegoers watching Fruitvale Station. This might explain why a small indie movie is opening in 11 theaters in the Denver metro area where I live (typically a Sundance award winning indie would be lucky to open in 2 separate locations here)! Harvey Weinstein knows how and when to promote a movie. Expect Fruitvale Station to strongly preform during awards/Oscar season. Michael P. Jordan (another fantastic TV’s “Friday Night Lights” alum) makes a strong feature film breakout performance as the conflicted and humble Oscar. A stunning Octavia Spencer as his mother knocks it out of the park diversifying her acting career in contrast to her Oscar winning role as the sassy, fecal pie maker in The Help. She has both tender and heart breaking moments.

A racially charged movie will be a hot topic, but a tough sell for summer moviegoers. People want to escape, but they have consumed a lot of big budget mindless entertainment. If people crave to be challenged by a soon to be Oscar contender that presents a real life story with societal implications, Fruitvale Station could hit the zeitgeist nerve from audiences. The tragedy featured that occurred at Fruitvale Station early on New Years Day in 2009 is depressing in the context of witnessing a man who wants to make his life better for himself and loved ones. This was a life cut short by an aggressive, reactionary, and sloppy police state. If racism is the original sin of America as Jim Wallis claims, understanding the context of Fruitvale Station might lead us toward a path of better understanding.