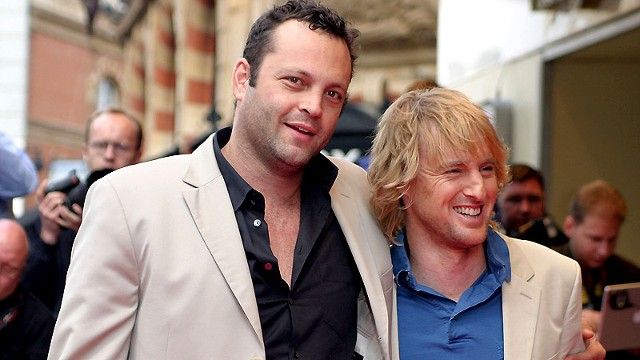 I heard about this film a while back and how it would reunite Vince Vaughn and Owen Wilson for the first time since Wedding Crashers, and hopefully create similar results.  I’d tell you what the movie is about but I think that’s best answered by the synopsis: Billy (Vince Vaughn) and Nick (Owen Wilson) are salesmen whose careers have been torpedoed by the digital world. Trying to prove they are not obsolete, they defy the odds by talking their way into a coveted internship at Google, along with a battalion of brilliant college students. But, gaining entrance to this utopia is only half the battle. Now they must compete with a group of the nation’s most elite, tech-savvy geniuses to prove that necessity really is the mother of re-invention

Sounds like that this could lead to some really fun situations, if the writing is up to par, and sounds like a perfect vehicle for Vince Vaughn and Wilson. I still prefer some of the work he did with Jon Favreau but I won’t be holding my breath for that reunion and instead this film was written by Vaughn and Jared Stern and is directed by Shawn (Reel Steel) Levy. Oh, the poster! It’s a simple poster, but it seems really effective for these actors in this kinda film. Some would call it lazy but I’m sure there will be more.