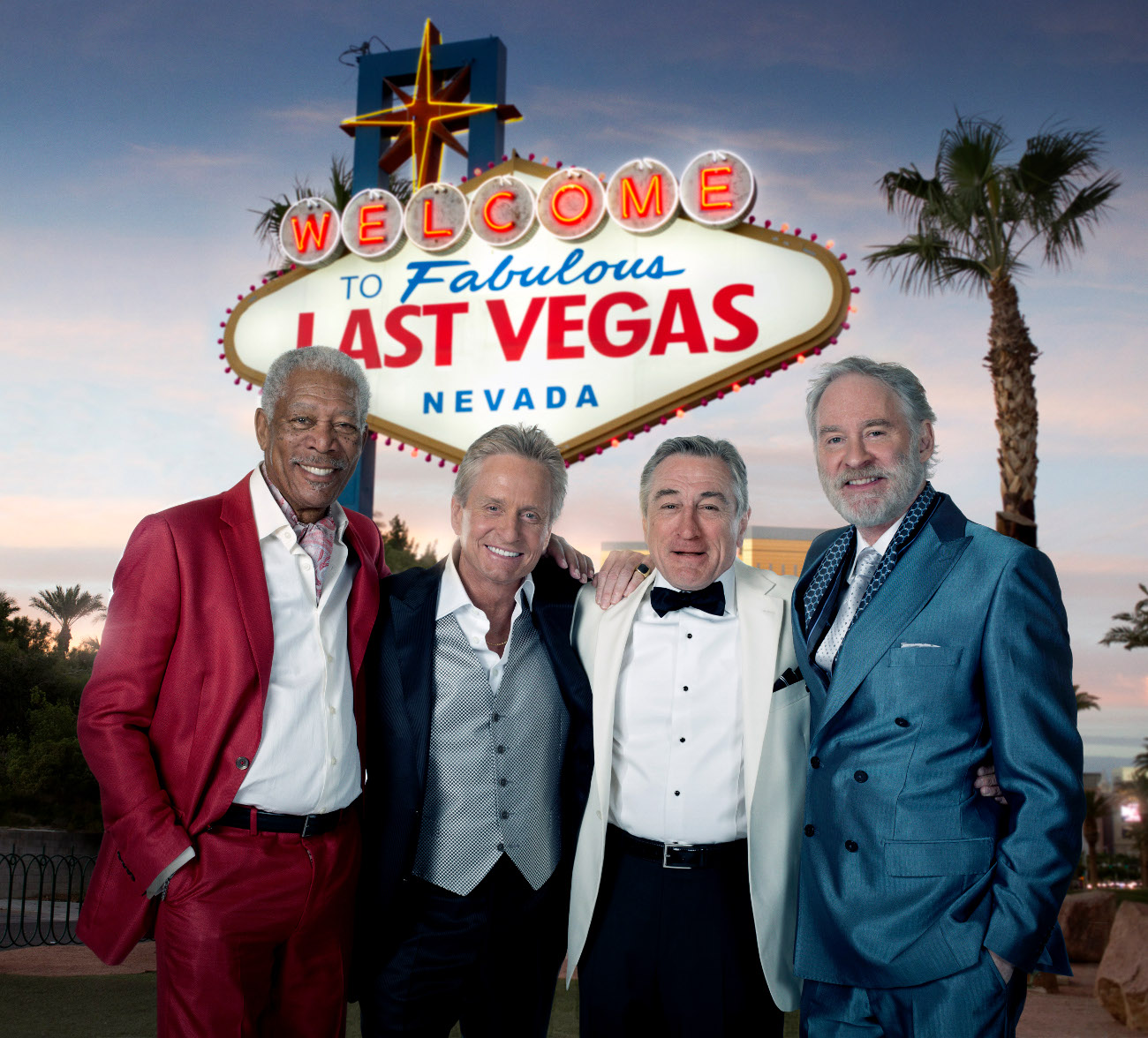 The first photo from Last Vegas has been released as they begin production on the film starring Michael Douglas, Robert DeNiro, Morgan Freeman and Kevin Kline? Last Vegas is being pitched as the elder version of the Hangover and promises fun and comedy throughout. Not sure if it’ll live up to those promises but the first photo made me chuckle. Slightly. Looks like it could be fun. Freeman inspires more confidence than the rest of the gang and how funny this movie turns out is completely reliant on the level of shenanigans they have in store for these four. I hope one of them doesn’t just wind up on a roof for the whole movie…

LAS VEGAS – November 5, 2012 – Save the date because film legends Michael Douglas, Robert De Niro, Morgan Freeman and Kevin Kline will be coming to a theater near you next Holiday Season straight from fabulous LAST VEGAS! The film, which will be released on December 20th, 2013, marks the first time ever these four Hollywood icons, who have garnered a total of six Oscar® wins and 14 nominations and accumulated over an estimated $16.6 billion at the worldwide box office, will appear together on the big screen.

CBS Films and Good Universe announced today that principal photography on the comedy LAST VEGAS has commenced in Las Vegas, Nevada and will continue to shoot in Atlanta, Georgia. In addition to filming on the iconic Las Vegas Strip, the cast will also shoot at ARIA Resort & Casino.

The ensemble comedy follows four old friends who decide to throw a Las Vegas bachelor party for the only one of them who has remained single. LAST VEGAS is being produced by Laurence Mark (Julie & Julia, Dreamgirls) and Amy Baer. Nathan Kahane and Lawrence Grey are serving as executive producers. Good Universe’s Matt Leonetti is co-producing.