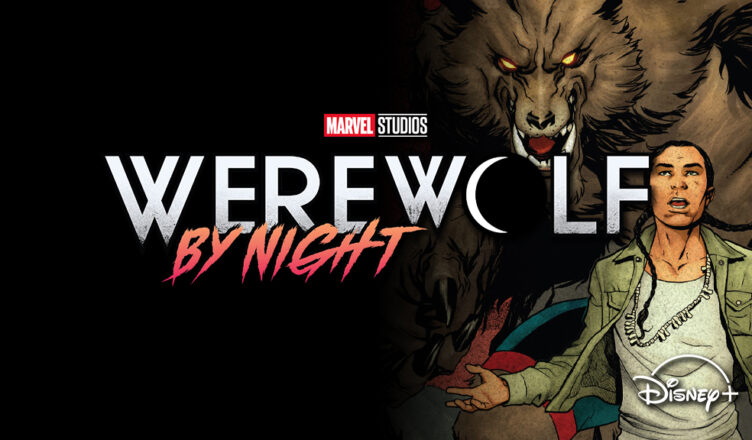 Marvel Studios Werewolf By Night’s first trailer dropped at Disney D23 and it looks to be something different for the MCU. Werewolf By Night is a special presentation from Marvel Studios and premieres on October 7 only on Disney Plus. The character Werewolf By Night goes by the name Jack Russell. Jack has the ability to transform into a werewolf while maintaining his human intellect. The series is being directed by long-time composer Michael Giacchino and Gael Garcia Bernal is playing the titular character. Laura Donnelly is rumored to be the character Nina Price who later becomes Vampire By Night.

We’re going back to that old-school horror with Marvel Studio’s Werewolf By Night. The first trailer dropped at Disney D23 and it was not what I was expecting at all. The special presentation is just in time for the Halloween season and looks to bring back the old black and white style horror. The trailer itself is fully black and white and features a group of hunters pitted against each other in a house of horror. One of the hunters is really a werewolf with all the carnage and mayhem that comes with that moniker. It looks to be a fun and spooky time for all who dare gaze into the void to find a werewolf staring back. You can check out the full trailer below:

I am 100% percent on board for Werewolf By Night. The trailer looks amazing and it’s only a taste of what we’re going to get. To be honest, I don’t know much about comics other than the basics. I do know that Moon Knight made his first appearance in Issue #32 of Werewolf by Night. That could open the door for future crossovers since Marvel already has a Moon Knight show that is likely getting a second season.

I’m also a huge fan of Michael Giacchino’s work. His musical scores are second to none and I’m sure he’s no slouch in the directors’ chair. This will be his first real project other than some Star Trek shorts he did. The cast looks excellent and I have a feeling it’s going to be a solid addition to the MCU. You can catch Werewolf By Night on October 7 only on Disney Plus.