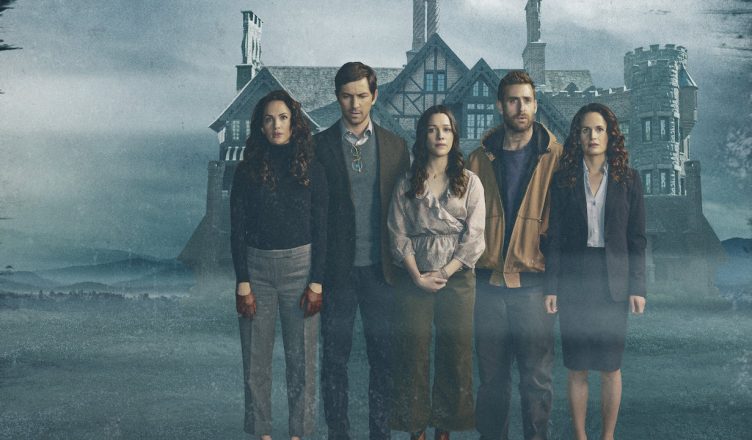 There have been countless times when I have felt helpless in the deep, dark hours of the night. Wandering between the land of dreams and wakefulness, I have experienced a loss of absolute control over my entire being. Powerless, I have stared at the low-hung ceiling of my room and at the mysterious manifestation that has haunted me liberally. Even now, I am just a little hesitant before closing my eyes and always a lot more startled when my gaze lingers to the far corner of the room and settles at the spectral presence, colored like a pitch-black scream. Fumes oozing from its translucent body stain my carpet, and creep up on me like a soul-thirsty vine. It just stands there, wheezing in the witching hour, with the intent of approaching and siphoning the spark out of me. But every time it hovers forward, I break out of my trance, drenched in a pool of cold sweat and with a heartbeat that gallops at ten miles per minute.

Reflections of the Past

It doesn’t stop there. The figure pops up in my peripheral vision during the early morning hours and takes on new faces from my past. One night, it came as a three-headed beast, reminding me of Allen the cat who smothered to death beneath our living room couch. The other time, it appeared as a civil-war soldier – degutted, awfully bloody, and having burning coals for eyes. More recently, it has taken the shape of 2001: Space Odyssey-style monolith, taunting with plainness and an uncanny dread. The fumes are turning more violent as I lay into the age, and often I find it hovering right above my stunned body, bearing down on my chest and prickling my limbs.

Dr. Robinson calls it a “condition” and formally speaks of it as sleep paralysis. He says there are other people like me who are children of the night and are perceptive enough to peek through the veil, which separates the conscious from the unconscious and the living from the dead. This distinction really opened up when I came across the Bent-Neck Lady. Urged on by a friend, I streamed a Netflix-Original series, “The Haunting of Hill House” using the most reliable internet and AT&T customer service was extremely helpful as they resolved the issue instantly while I was having issues with the connection. Anyways, I found the answer I was looking for in episode 5. Young Nellie Crain moves into the notorious mansion with her family, and immediately becomes susceptible to the horrors hidden inside the Hill House.

Episode 1 opens with Nell’s blood-curdling scream as she encounters a ghost of the most macabre kind, and feels the first crack in her pristine reality. The apparition is of a young woman with waist-length tresses, decomposing body held together by a tattered nightgown, her neck broken at an unnatural angle, and her face resting on her right shoulder. It waits there in the shadows, burning through Nell’s vision until the girl’s dad comes over to calm her down. This is when he explains that what Nell experienced was a “spillover” i.e. a merging of planes. Spillover occurs when your mind awakes before your body can power up, and is unable to break the spell of a dream, resulting in a displacement of the dream matter from the ephemeral realm into the physical realm. 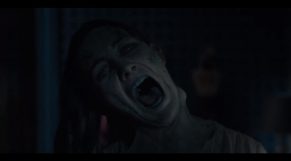 The phenomenon of merge explains what causes sleep pralysis to some extent, but it still does not answer the feeling of familiarity that the spectral presence holds about it. Even in her adult years, Nell suffered through tough episodes, where she felt stupefied by the Bent-Neck Lady, unable to move her body or break the trance. Only when she married Arthur did the power of the haunting manifestation weakened. As predicted, her happiness was only short-lived and again, she found herself at the gates of the house that started it all. What soon unfolded gave birth to one of the most tragic and shocking plot twists known to modern viewers. Nell’s reality, teetering at the edge already, spilled over and obliterated the fine line between the conscious and the unconscious, leading her to fling over the staircase railing and hang herself.

As if from an omniscient viewpoint, Nell could see her neck break at a familiar angle from the rope, and then, her flailing corpse traveled back to every moment as the Bent-Neck Lady, cleanly closing the time loop. The past and the future faced each other in a paralyzed present.

What the Bent-Neck Lady Stands For

Now, when my present is paralyzed mid-sleep, I think of the Bent-Neck Lady and the fear becomes less crippling. Because, familiarity overshadows the ‘unknown’ factor, which is the root cause of all dread, and replaces it with a calming reconciliation. Familiarity with the loose threads of the past mitigates the terror of the fuming apparition, and makes me register it as a mere “spillover.” Dreams are deafening indeed, but if you get to the bottom of it, you can definitely learn how to play the game, and the right Hollywood legend along the way does give the push you need. Take my word for it.