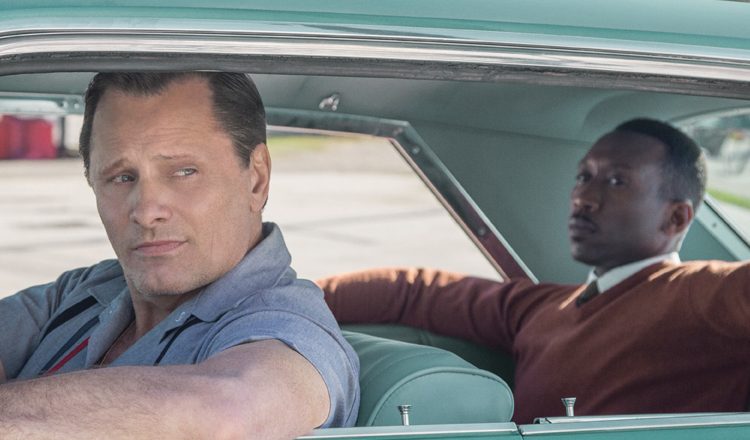 The Green Book was a book that actually existed in the sixties South, one which would tell black citizens where they could (and could not) stay while traveling. Set in 1962, the racism that Green Book explores was—and, to an extent, still is— real. The characters who traveled the South together for two months on this concert tour existed in real life.

Viggo Mortensen, who stars opposite Mahershala Ali as Ali’s chauffeur and bodyguard on Ali’s piano tour of the South, pointed out in an interview on September 11th in Toronto that the message of tolerance and learning to exist side-by-side with those who may be different from us is still very relevant today. While the green book of the title may be gone, the racism in this country is not. The title “The Green Book” refers to Victor Hugo Green’s The Negro Motorist Green Book, published annually from 1936-1966 as a guide for black travelers outlining where they could stay, eat and receive services during the perilous days of Jim Crow. 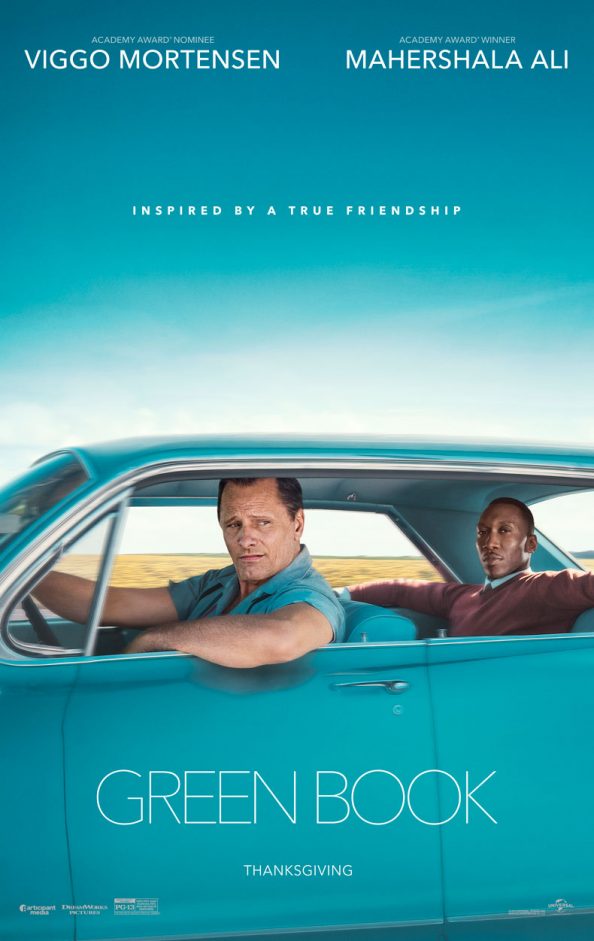 The acting is great, as is the script. Mortensen gained 35 pounds to play the happy husband of an Italian-American brood who would have been right at home in “The Sopranos” television series. Mahershala Ali is every bit as good as Viggo, even appearing to play intricate piano solos in close-up.

Real-life pianist Don Shirley, Jamaican-born, is applauded and congratulated for his virtuoso performances before all-white audiences, but the impeccably attired and well- mannered Shirley is forced to stay in forlorn motels and dilapidated flophouses when offstage. His two sidemen, (Russians who drive separately in their own car), inform Tony (Viggo Mortensen) that Shirley could have remained in Manhattan and played any number of more liberal venues; instead, he purposely chose to travel the South, serving as a sort of one-man beacon of hope for the downtrodden African American residents of the area. Nowhere is that made more clear than in the scene when the two men stop by a field where laborers gaze at this successful man as though he is from another planet. The fact that he is being driven by a white driver who opens his door for him and dances attendance on him is certainly something that these sharecroppers have not seen before.

In one short scene at a YMCA, Tony bribes two cops to let Shirley go after what looks to have been a gay hook-up. This theme is never fully explored. Earlier in the film, Shirley has mentioned a marriage that did not work out when combined with his career commitments. There is also an angst-ridden scene between Ali and Mortensen where the pianist asks, “If I’m not black enough, and I’m not white enough, tell me, Tony, what am I?” You sense that there is much about his privileged life that is not satisfactory nor ever likely to be in the United States of America. You wonder if the final heart-warming scene really played out quite the way it is presented, just as you wonder about whether Ali is really playing the piano.

The ironies and injustices mount with depressing regularity the longer the tour continues in the South. In one encounter with racist police in Mississippi, Shirley saves himself and Tony from a racist jail cell only by a phone appeal to none other than then-Attorney General Bobby Kennedy. There’s also a letting-off-steam interlude when the pair goes to a black honky-tonk and Shirley gets down musically for the first time. The piano interludes that appear to show Ali in action are extremely impressive, whether he is playing polite jazz at a Southern country club (that subsequently refuses to let him eat in the dining room) or surrounded by African American bar patrons in a smoky hole-in-the-wall.

In addition to the injustices and the flat-out harassment, we see scenes where Tony introduces Shirley to Kentucky Fried Chicken for the first time (in Kentucky, no less) and others where he makes the classically trained pianist aware of the great popular musicians of the day being played on the radio, like Aretha Franklin and Chubby Checker. Tony and Shirley are both stand-up guys, and that helps them to become true friends, once they get to know each other. The scenes where Ali helps Tony write romantic love letters home to his loving wife (well played by Linda Cardellini) and his two sons are both sweet and funny at the same time.

The dynamic of these objectively mismatched men is almost like that of The Odd Couple. The formal, uptight Don Shirley is gradually loosened up by the more uncouth, working-class stiff, Italian-American Tony “Lip” Vallelonga (Viggo Mortensen), once they grow to know one another and understand each other. Viggo Mortensen is always excellent, but I could think of many actors who appear more Italian-American and would have fit the role better physically. The film is uplifting to the point that some critics found it TOO sentimentally positive and treacly. Whatever your mind set,  the film’s conclusion gives the audience hope that, without the constant stirring of the pot by those who get off on divisiveness, chaos, and discord, we might all come to live in harmony. We just need to open our minds and hearts and free ourselves from the shackles of  rank prejudice.

The human interchange, enlivened as it is by two fine actors in top form, makes “The Green Book” go down easily. It was the audience favorite at the Toronto Film Festival and it was one of my two favorite amusing, uplifting films of the CIFF( the other being Melissa McCarthy’s “Can You Ever Forgive Me?”) You can watch just so many films about drug-addicted teen-agers before you need to recharge your batteries. In these troubled times, this is the kind of film that will leave you feeling that there is hope for mankind, despite the uncharted waters the ship of state is currently sailing.