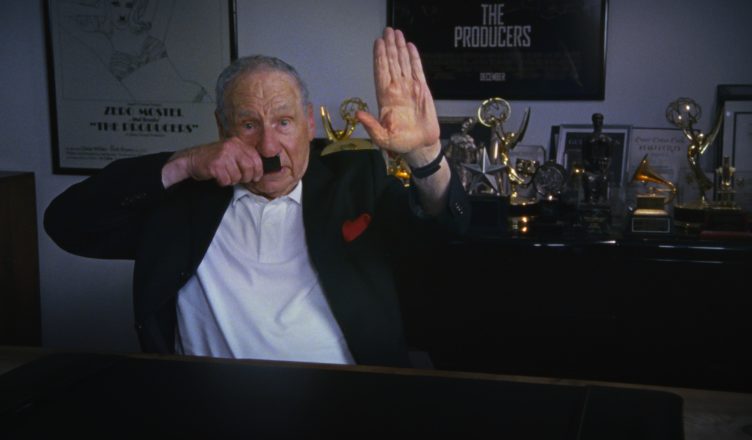 Can the Holocaust be funny? Is “Springtime for Hitler” jn bad taste, and, if it is, should we not have laughed at it in the context of Mel Brooks’ “The Producers”?

It’s a great concept. At times, the documentary is funny and witty. It discusses decades of humor on the most taboo of topics, interviewing well-known comics like Mel Brooks, Sarah Silverman, Gilbert Gottfried, Rob Reiner and others. The comics interviewed discuss why and how they joke about subjects like the genocide of the Jews.

Meanwhile, Holocaust survivors and Jewish community leaders are shown trying to decide whether it is okay to laugh or whether they should draw some sort of line about tasteless humor.

The elderly Holocaust survivor who passed judgment on certain sketches and routines didn’t seem to be any sort of authority the audience should really look to for guidance on the film’s central issue of whether this was funny or not. She was a survivor of the camps; does that make her the Mel Brooks or Sarah Silverman of the Holocaust?

To paraphrase a much better (and more famous) writer: “To laugh or not to laugh, that is the question.” Or should be. The combining of the white-haired Holocaust survivor’s optimistic attitude towards survival with the subject of what is taboo in humor seemed, to me, like shoe-horning 2 documentaries into one. A great idea gone awry.