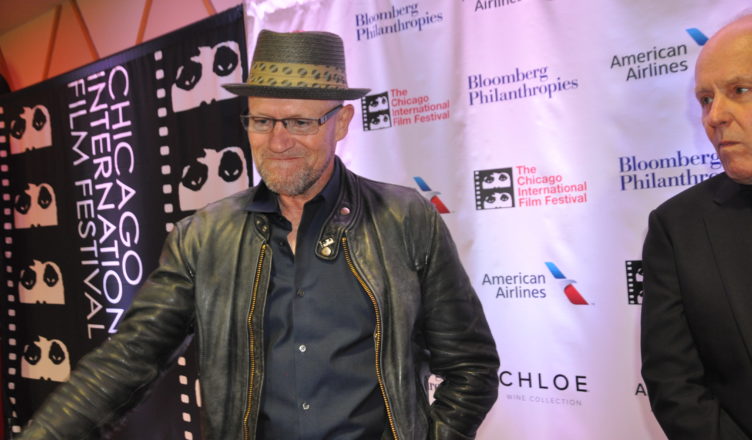 Opening Night of the Chicago International Film Festival brought out one of the hottest young directors working today, Damien Chazelle (“Whiplash”), coupled with such veterans as Geraldine Chaplin, Michael Rooker and his director in “Henry: Portrait of a Serial Killer” (1986), John McNaughton, as well as the French director of “A Man and a Woman” Claude LeLouch.

Members of the Festival Jury, such as David Verbeek and Michael Han (“The Dark Knight”) walked the red carpet and answered questions from the press. Geraldine Chaplin is Chairman of the Festival Jury at this year’s 52nd Annual Chicago International Film Festival, the oldest competitive international film festival in North America.

This year’s audiences will see 140 films from 41 countries and 25 of those films will enjoy their North American Premiere while 30 will be having their U.S. Premiere. There are also 604 documentaries from 90 countries and 3,03 shorts representing 97 countries at this year’s festival.

It was interesting to listen to the responses of various filmmakers. John McNaughton, the director of “Henry: Portrait of a Serial Killer,” when asked what advice he would give to other aspiring filmmakers thinking about making an indie film he said he’d give them the same advice he was given by his father, “Become a dentist.” McNaughton’s film premiered in Chicago in 1986 and has withstood the test of time.

Damien Chazelle was very affable, especially when praising the music by the same composer responsible for the music in “Whiplash,” Justin Hurwitz, with assists from Benj Pasek and Justin Paul. Miles Teller was originally slated for this lead, and I asked Chazelle if there were plans in place for future collaborations with the talented drummer of “Whiplash,” which led to a round of praise for the rising young star.

But tonight belonged to the opening film “La La Land,” which received a standing ovation for the opening scene at the August 31 Venice Film Festival, followed by warm responses at Telluride Film Festival and the Toronto International Film Festival. Actress Rosemarie DeWitt, who plays Gosling’s older sister in the film, put it this way, “I think Damien made something very beautiful and very fresh that is going to make you very happy and maybe even make you cry.”