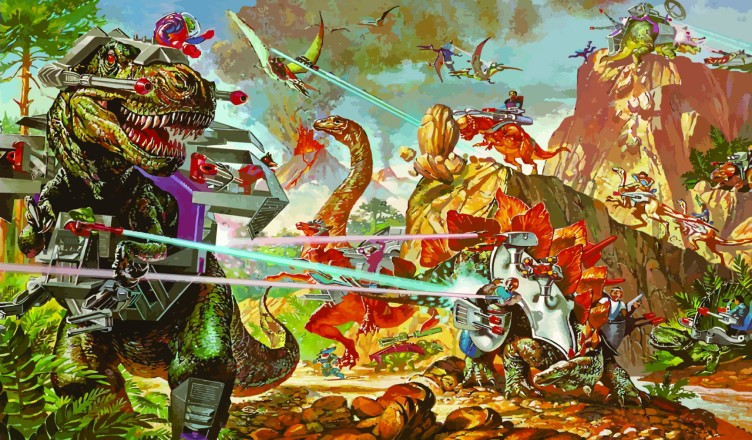 Do you guys remember this? I have that feeling that this is something I’m supposed to remember but the memories are fuzzy and vague. I kinda remember the main image but I can’t quite put my finger on whatever this is as it’s blended with memories of He-Man, Silverhawks, G.I. Joe, and more. Basically the 80’s. They were an odd time and I was only 7 when they ended so I may not be the best person to speak to these but I am curious. The guys over at GeekTyrant are reporting the following:

The news comes from the Tracking Board, who says that Mattel is developing the film with Solipsist Films, and producers are currently looking for a screenwriter to take on the project. As of right now, no studio is attached to the project, but I’m sure that will come in time. A movie like this could be a huge box office success if done right.

Just in case you need a reminder of what the story behind the property is, here’s a description:

In a futuristic war, the evolved human race known as the Valorians are trying to save the galaxy from Krulos and his army of mixed-species Rulons. In an effort to escape a Rulon onslaught, Questar, the leader of the Valorians, turns on a machine that takes them all back in time to prehistoric Earth. Once there, the war continues with the Valorians using their psychic abilities to convince dinosaurs to aid them, and the ulons using machinery to enslave dinosaurs to fight for them.

Look at those names! Valorians! Krulos, Rulons! Those names sound like something straight out of Star Trek and sound a little too geeky to be appealing to those not entirely relying on nostalgia as far as interest is concerned. It’s not a terrible idea and something I expect will continue until the bubble bursts and audiences get their fill of nostalgia. Either way, let’s take a look at some Dino Riders and imagine how this film will shape. I see a that the writers of these articles are excited but I honestly just see this as another 80s property cash in a-la-Robocop. I’m not interested yet but maybe they can win me over when they have more. We’ll see.

2 thoughts on “Dino-Riders movie in the making?”