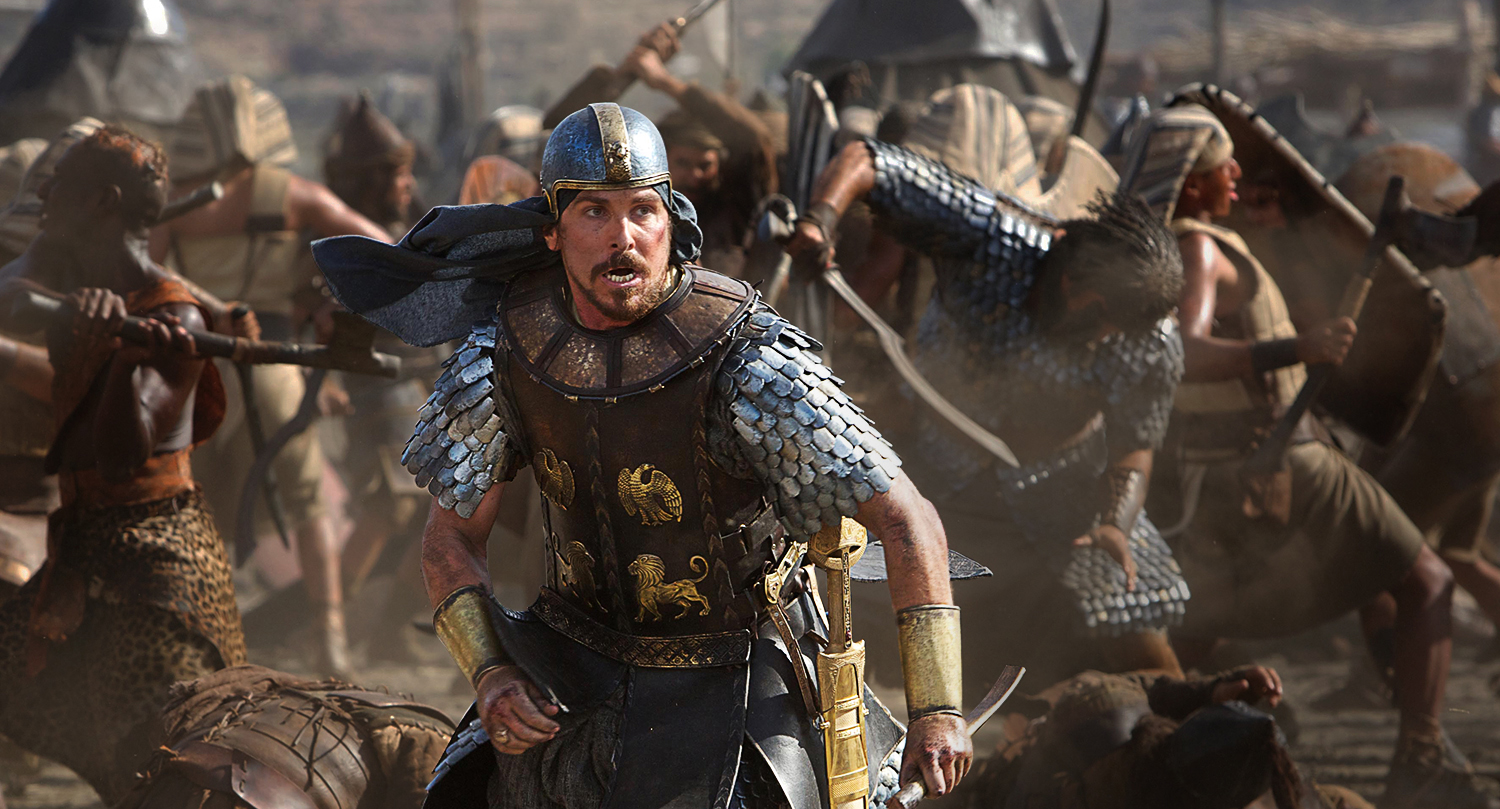 From acclaimed director Ridley Scott (Gladiator, Prometheus) comes the epic adventure “Exodus: Gods and Kings,” the story of one man’s daring courage to take on the might of an empire. Using state of the art visual effects and 3D immersion, Scott brings new life to the story of the defiant leader Moses (Christian Bale) as he rises up against the Egyptian Pharaoh Ramses (Joel Edgerton), setting 600,000 slaves on a monumental journey of escape from Egypt and its terrifying cycle of deadly plagues. (c) Fox

Both epic in scope and ambition, Exodus: Gods & Kings concludes 2014 as the year of the faith based resurgence that had plenty of movie choices for believers yet an inconsistent track record for Hollywood to figure out. Ridley Scott’s latest is a rousing, old fashioned movie that my father and grandfather enjoy the most.  Thankfully, this wasn’t Batman Moses in Gladiator Bible like I was worried about. However, if Noah incited a memorable, daring reaction, Exodus: Gods & Kings re-tells an old story in a familiar way. Safe for the intended, conservative audience, it is rather tame for our imaginations. The portrayal of God as a child was the most edgy, interesting choice that will leave more orthodox audiences feeling uncomfortable.

From cinematography to costumes to special effects, the technical aspects in Exodus: Gods & Kings was quite impressive and the highlight of the movie! The Plagues were gripping and looked great on the big screen! I found it interesting how The Plagues from this story were introduced. They were ecologically connected implying that God created the environment and the dominoes fall into place with man’s interference. It is more “pro-environment” than a typical conservative evangelical would give credit for. Also, I consistently noticed that the budget is clearly on the screen.

Some things didn’t work for me in Exodus: God’s & Kings. It seemed bloated and ran longer than I wanted. Joel Edgerton resembled Billy Zane with a tan. I didn’t recognize him. I really didn’t care for Sigourney Weaver at all. Her presence made Exodus feel like a Cleopatra-caliber turkey. Thankfully, she was barely there. Other than casting, Ridley Scott captures an authentic feel of the Old Testament. I didn’t realize so many people were accidentally caught on fire back then until watching this movie.

It is interesting the debate this has garnered. Filmmakers don’t have a lot of Middle Eastern actors to work with. Heck, liberal comedian Jon Stewart cast a Latino actor to play an Iranian in Rosewater  not that long ago. It is a cyclical issue. Is it the filmmakers who should cast more diverse actors or should an industry already have more? This is a chicken or egg situation. And Ridley Scott was vocal in admitting this was what he had to work with. Though I support diversity and wish the industry would do so more often, I wonder when studios will cast diverse actors. If this movie sparks those conversations that bring about change then it is worth it.