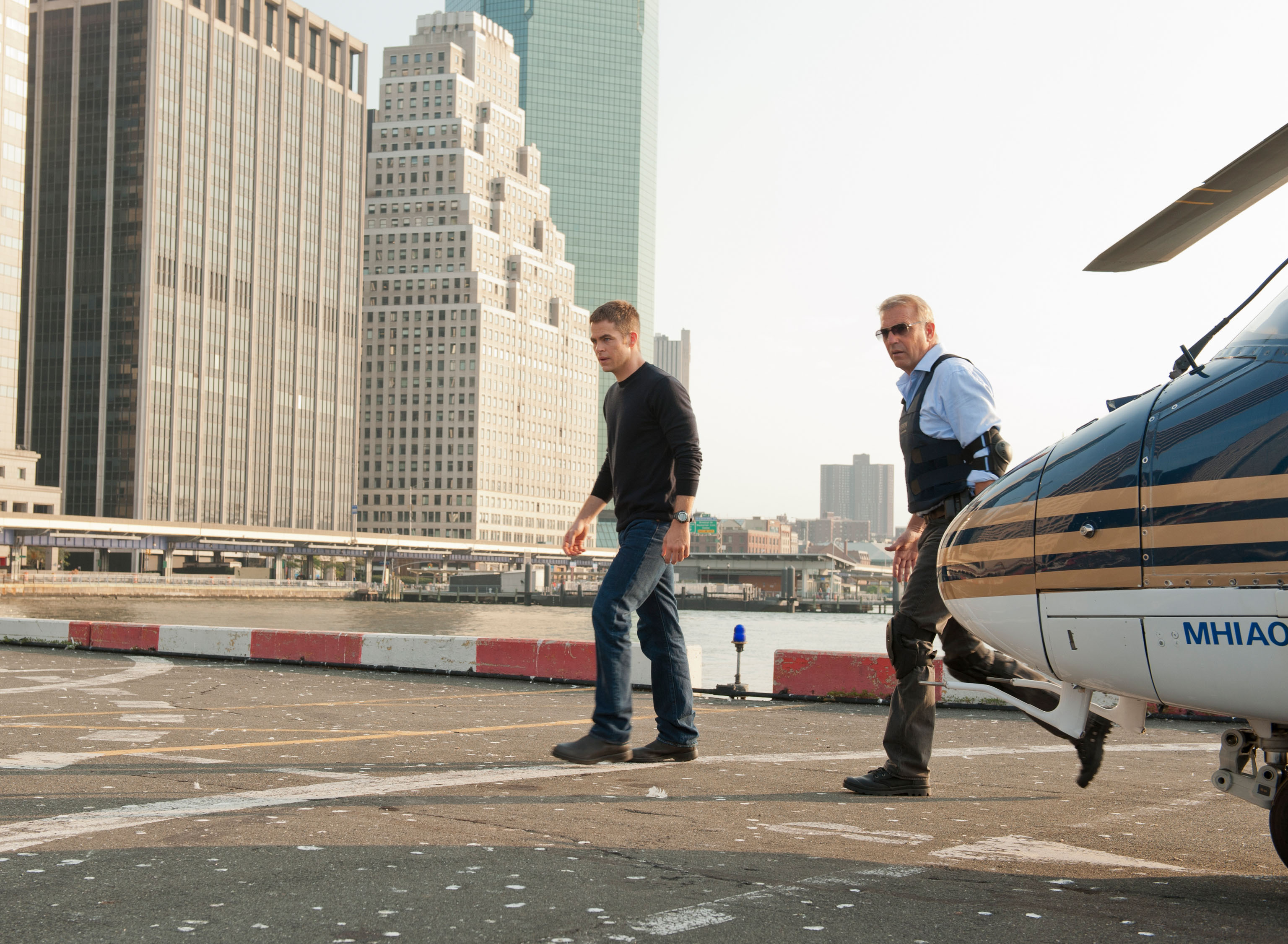 The AARP is recruiting seniors for select movies they feel would be appealing for older adults. The first movie to be awarded this Movies For GrownUps Seal of Approval honor is Kenneth Branagh’s very fun, action packed thriller Jack Ryan: Shadow Recruit. It is the kind of movie adults will like if they want to escape from the serious Oscar contenders tend to do well this time of year. The AARP Seal is a nice touch from the organization to highlight quality movies for older adults. Below is the press release:

HOLLYWOOD, CA (January 17, 2014) – AARP today announced the launch of the AARP Movies for Grownups® Seal, which recognizes films that have a special appeal to 50+ audience members.  The first film to receive the Movies for Grownups Seal is Paramount Pictures and Skydance Productions’ JACK RYAN: SHADOW RECRUIT, starring Chris Pine and directed by and co-starring Academy Award®-nominee Kenneth Branagh.

“We are delighted to announce the debut of the Movies for Grownups Movie Seal and are thrilled to award this distinction to JACK RYAN: SHADOW RECRUIT,” said Myrna Blyth, SVP and Editorial Director of AARP Media.  “Returning the beloved Tom Clancy character of Jack Ryan to the big screen, the film features performances by 50+ talents including director and co-star Sir Kenneth Branagh and co-star Kevin Costner. We believe the film will hold strong appeal for the 50+ demographic, which is responsible for one in four of all opening weekend ticket sales.”

Films selected to receive AARP’s Movies for Grownups Seal are invited to participate in AARP’s Movies for Grownups Marketing Powerhouse program, selecting their choice of marketing packages. The marketing program for JACK RYAN: SHADOW RECRUIT will include promotion on AARP.org and AARP’s digital Daily News Alert, as well as across AARP’s social media channels.  In addition, Paramount Pictures worked with AARP to arrange for screenings of JACK RYAN: SHADOW RECRUIT for AARP members in eight markets across the U.S. ahead of the film’s nationwide release.

“We are thrilled to be the very first picture to receive this seal of approval on behalf of such an important and discerning audience of adult filmgoers represented by AARP,” said LeeAnne Stables, EVP of Worldwide Marketing Partnerships, Paramount Pictures.  “The combination of this suspenseful thriller and the talents of Chris Pine, Kevin Costner and director Kenneth Branagh is something moviegoers of all ages will appreciate.”

Based on the CIA analyst created by the late espionage master Tom Clancy, JACK RYAN: SHADOW RECRUIT is a blistering action thriller that follows Ryan (Chris Pine, “Star Trek”) from his quiet double-life as a veteran-turned-Wall Street executive to his all-out initiation as a hunted American agent on the trail of a massive terrorist plot in Moscow.

Ryan appears to be just another New York executive to his friends and loved ones, but his enlistment into the CIA secretly goes back years.  He was brought in as a brainy Ph.D. who crunches global data – but when Ryan ferrets out a meticulously planned scheme to collapse the U.S. economy and spark global chaos, he becomes the only man with the skills to stop it. Now, he’s gone fully operational, thrust into a world of mounting suspicion, deception and deadly force. Caught between his tight-lipped handler Harper (Academy Award®-winner Kevin Costner), his in-the-dark fiancée Cathy (Keira Knightley) and a brilliant Russian oligarch (Kenneth Branagh), Jack must confront a new reality where no one can seem to be trusted, yet the fate of millions rests on his finding the truth.  With the urgency of a lit fuse, he’s in a race to stay one step ahead of everyone around him.

AARP is a nonprofit, nonpartisan organization, with a membership of nearly 38 million, that helps people turn their goals and dreams into real possibilities, strengthens communities and fights for the issues that matter most to families such as healthcare, employment and income security, retirement planning, affordable utilities and protection from financial abuse. We advocate for individuals in the marketplace by selecting products and services of high quality and value to carry the AARP name as well as help our members obtain discounts on a wide range of products, travel, and services.  A trusted source for lifestyle tips, news and educational information, AARP produces AARP The Magazine, the world’s largest circulation magazine; AARP Bulletin; www.aarp.org; AARP TV & Radio; AARP Books; and AARP en Español, a Spanish-language website addressing the interests and needs of Hispanics. AARP does not endorse candidates for public office or make contributions to political campaigns or candidates.  The AARP Foundation is an affiliated charity that provides security, protection, and empowerment to older persons in need with support from thousands of volunteers, donors, and sponsors. AARP has staffed offices in all 50 states, the District of Columbia, Puerto Rico, and the U.S. Virgin Islands. Learn more at www.aarp.org.

This is a great idea to highlight movies for the over 50 crowd. Older adults and seniors are a neglected and overlooked demographic. The AARP seal keeps the studios accountable to make movies for older audiences. With the sphere of influence the AARP has over millions of members, it is hard to imagine a studio not wanting to obtain an AARP seal.