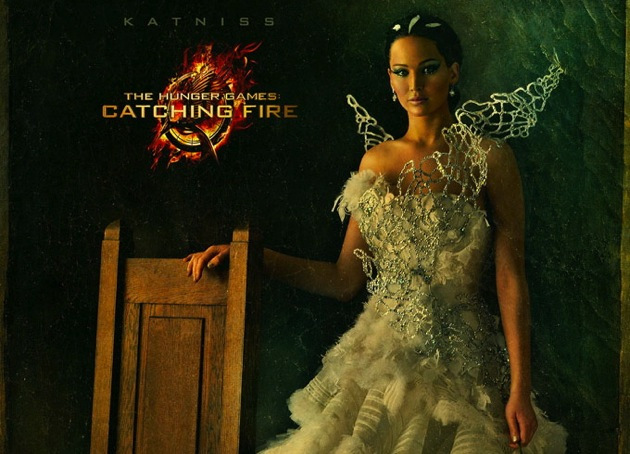 It was a record breaking movie at the box office over Thanksgiving weekend. Two movies stood out: both Hunger Games Catching Fire and Frozen were female focused features (though the latter featured the moose and the snowman as much as the princess sisters in the advertisements providing a great bait and switch for selling a movie to boys and fathers). The movies totaled to a record breaker for the weekend but those two movies really took all the credit and the majority of audiences. It wasn’t as spread out over various demographics during last year’s Thanksgiving weekend when Twilight, Life of Pi, Skyfall, Wreck It Ralph, Silver Linings Playbook, and Lincoln successfully catered to different audiences.  All the other movies failed to connect from Thor 2 losing steam this weekend to big star vehicles (Vince Vaughn in Delivery Man) to niche audiences (Black Nativity) to even award contending, indie roll outs (Philomena and The Book Thief) not to mention the pointless Oldboy remake. The male dominated movie has taken a beating the last few years during Thanksgiving weekend? Part of it is the quality of movies (Homefront, the Red Dawn remake, Jack & Jill, Faster, etc) and the lack of creative branding to bring audiences into the theater. At this point, you wonder if Hollywood has given up making movies for men…during this weekend. Distracted by food, football, family, and friendship (people visiting their hometowns during the weekend), it sounds like men are pre-occupied during this time of year. So are women, but I know many who after they shop will go see a movie after they shop (maybe it is because there are movies for them and they aren’t necessarily inclined to go). No wonder Catching Fire and Frozen were big during this hectic Holiday weekend. And why would a football fan leave the house? Did you see any of the terrific football games this past Thanksgiving weekend (we wont get into that since this is The Movie Blog and not The Football Blog)? Most women wouldn’t want to watch those games, anyways. Studios are better off airing ads during games for movies targeted at men slated to open in December and January as I noticed with countless TV spots for The Hobbit as well as some for Wolf of Wall Street and Lone Survivor.

Abandoning opening a male-dominated movie on Thanksgiving weekend might not be a drastic nor radical idea in the end. Men enjoy going to movies. Just give us a reason to get off the couch to see something decent. Football on Thanksgiving is one of the many destractions that prevents this from happening. Some family members didn’t want to go to movie in the theater because of the games and a lack of movies that interested them. The industry needs to go big with marketing to this demo or give them a reason to stay home on Thanksgiving weekend.