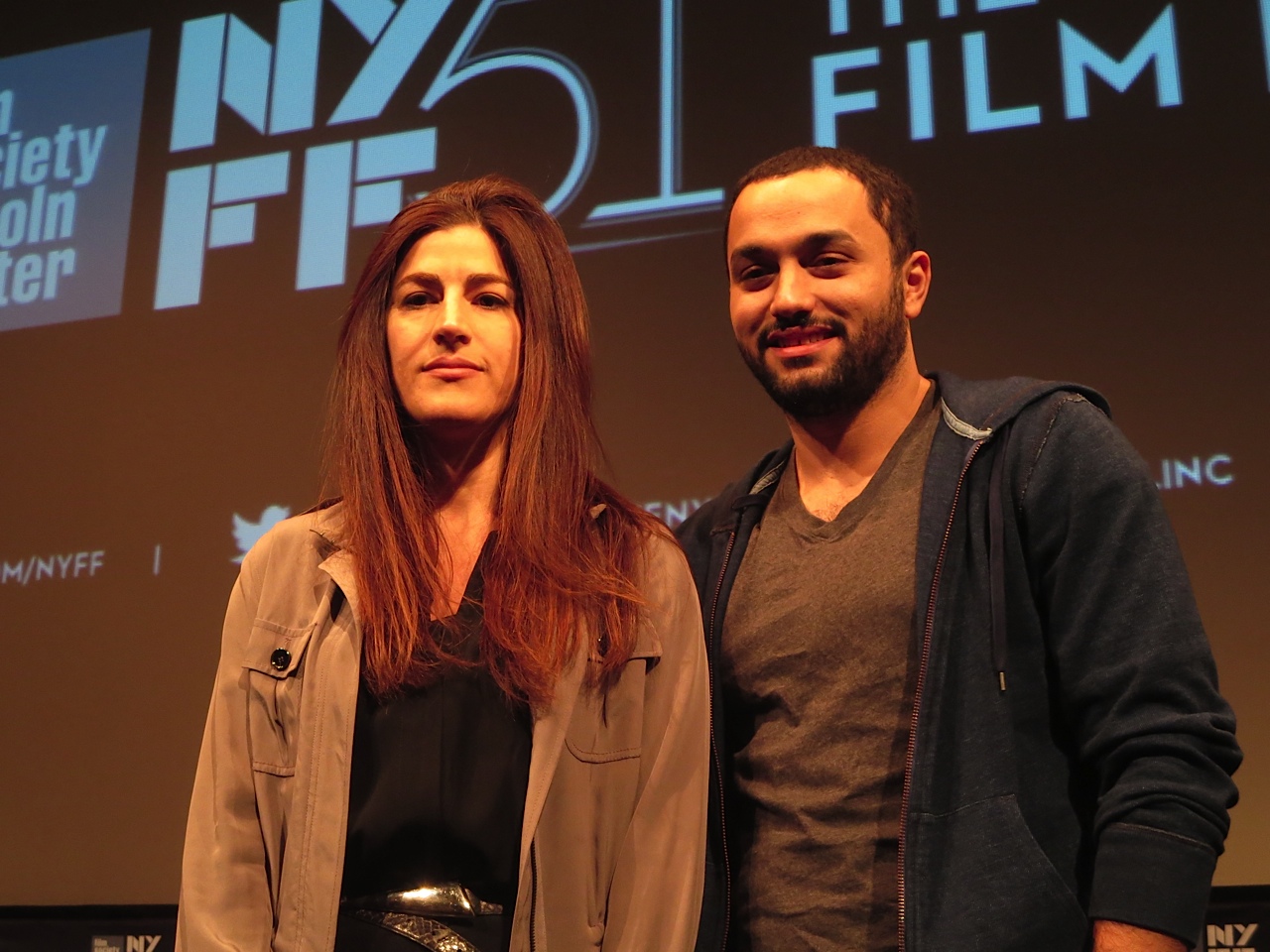 “The Square,” by Egyptian-American filmmaker Jehane Noujaim, is an exhilarating cinéma vérité portrait of the chaotic and inspiring events as they unfolded in Tahrir Square beginning in 2011 to overthrown Hosni Mubarak and moving beyond that to the ongoing, current political situation.

“The Square,” which is included in the impressive slate of documentaries presented by the New York Film Festival, will be screened Thursday, Oct. 3 at 8:30 p.m. at Walter Reade Theater.

Noujaim is best know for the critically acclaimed documentaries “Control Room” (2004) and “Egypt: We Are Watching You” (2007). During a recent press conference at Walter Reade Theater, Noujaim and producer Karim Amer, who she met in Tahrir Square in January 2011 while shooting “The Square,” discussed the challenges of covering the revolution in Egypt, which is constantly changing and evolving.

“The revolution continues,” the director said. “All the characters that we followed are still fighting” but “but we’ve gotten to a place where it can be show 10 years, 50 years from now, and still stand as an emotional and historical document of the revolutionary events in Tahrir Square.”

Noujaim said she was at the World Economic Forum in Davos on January 25, where she had gone in hopes of getting access to Hosni Mubarak, when the protests in the Square began. “None of them showed up in Switzerland because Egypt did explode.” Noujaim got the first plane back to find that the army was already in the streets. “I was stopped by military intelligence. I had brought back a number of DVDs of my last film in 2007, they saw that and immediately thought there’s something wrong with this person because what she is doing bringing in 10 films that say ‘Egypt: We Are Watching You’ as the country’s exploding.” A particular challenge in making a film about a struggle that is ongoing is keeping current. “I’m checking Facebook and I’m continually updating as things are changing as we’re editing it and it was an exciting but kind of crazy process and I think we’re going to try to figure out some way of releasing it where we can give updates for little pieces that we’ll upload continually,” said the director.

Karim Amer, who is described in the movie’s production notes as an Egyptian-American entrepreneur, was protesting in the Square and posting updates on his blog when he met Noujaim, who asked him to joinging the filmmaking team. The activist filmmaker said, “The main battle cry of this revolution was that the people demand the downfall of the regime.”

The first part of documentary is about the bringing down of a dictator and the election of a president, Muslim Brotherhood leader Mohamed Morsi. But two weeks before they took the film to Sundance, the filmmakers said all of characters in the film were back on the streets protesting because Morsi claimed dictatorial powers and tried to rewrite the constitution.

The power of Noujaim’s film is that she tells the story of these events through the first-hand experiences of a charismatic group of young activists, both secular and Muslim brotherhood, who risked their lives in the protests, where they were often attacked and brutalized by the military. These protagonists are an articulate and appealing group and you can’t help rooting for them. Often they also had their own video cameras and blogs and posted startling images and stories of the military brutality online.

“Putting this together when everyone in the square had cameras was both a huge blessing because we had people that wanted to give us footage that we were working with and we were providing footage for other people,” Noujaim said. “But a lot of times it felt like we were not only making a film but there were so many times when our characters were long gone, but I had to stay for several more hours because I was the only person with a camera in the Square and everybody said ‘You’re the only witness, you have to stay here’ and this happened with all the filmmakers on the project.”

Noujaim’s team edited their film in an office that was five minutes away from the Square where the revolutionaries in the film often crashed. The activists also often offered their advice to the filmmakers on what scenes were essential and should not be cut. Noujaim said the editing was tough. “It was a very intense process and I guess in terms of crafting the story we really had to take ourselves, we had to move away from Egypt and we had to look at what we had and decide, this is what has to be a film that is going to last for many, many years and it has to be the characters’ journey.”

Noujaim credited putting the focus of the film on this charismatic group of revolutionaries to advice given to her by legendary documentarian D. E. Pennebaker, who was present at the press conference. After the Q&A I asked the director in the lobby if she ever feared for her safety when she was often one of very few women in the Square. “You’re around people that if they got arrested they would spend their lives in prison,” she said. “They would be beaten badly and you know that you would be, as somebody who has an American passport, as well as an Egyptian passport, you know that you have options of getting out and yet these people are fighting for your country alongside you. It gives you an incredible strength.” She added, “There were a number of times when everybody on this team who made the film has been either shot at, arrested, injured, tortured, in some way.”

She had some close calls. She was arrested three times and one time spent three days in custody, driven around for about eight hours in one of the big huge police cars

“I was arrested with Magdy (Ashour), the Muslim Brotherhood character, and through the whole thing he was talking to me through the barrier that divided me from 40 men, and he was saying, ‘Don’t worry about it, it will be fine,’ singing songs, getting me through.”