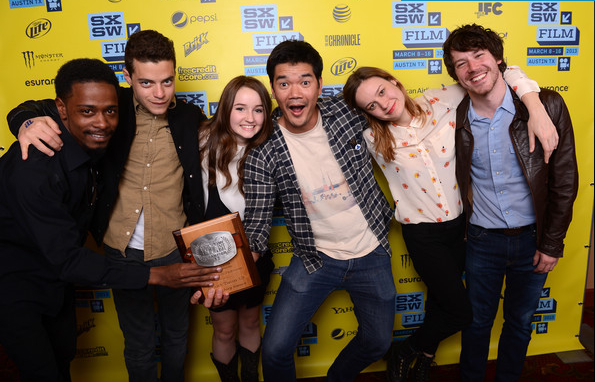 Every few years, an actress delivers an impressive breakout indie performance that demands serious attention. Not since  Jennifer Lawrence in Winters Bones has a young actress earned worthy incredible raves at a film festival than Brie Larson in Short Term 12.

Synopsis: I Am Not a Hipster director Destin Daniel Cretton expands his 2008 short of the same name into a feature film depicting the struggles of a compassionate twentysomething contending with some unexpected life developments while working as a supervisor at a home for at-risk teens. Grace (Brie Larson) has dedicated her life to helping kids who have slipped through the cracks of the system. Committed to her job and in love with kindhearted co-worker Mason (John Gallagher Jr.), she’s still struggling to make sense of her own troubled past when she learns that her life is about to change forever. Meanwhile, into the facility walkps a young girl who’s been constantly shifted between group homes due to dangerous behavior. Almost immediately, Grace forges a powerful connection with her new charge. Now if Grace can just open up to Mason the way she encourages her kids to open up to her, she may find a way to make peace with the future while still providing support to the kids who depend on her the most. ~ Jason Buchanan, Rovi

Short Term 12 is a sweet little gem of an indie that is slowly being discovered by audiences. It has grossed almost a million dollars despite a low theater count (under a 100 locations). This is one of those movies that needs to be watched by young social workers, foster parents, and anyone who works alongside troubled youth. General audiences will find it heartwarming, emotionally engaging, and admirable.

Jennifer Lawrence received an Oscar nomination for Winters Bone so why not Brie Larson for Short Term 12? It’s a tough considering this is a movie that is opening just before big studio Oscar contenders. It might be too small. This deserves all RT love it can achieve. During awards season, when a small performance is recognized, it means something. This isn’t an A List celebrity working the circuit for a year end feel good, prestige movie. Brie Larson in Short Term 12 was the kind of movie that is worthy of all the attention it can obtain. She is worthy of an Oscar nominee. In a better industry and with greater awareness, Brie Larson would be a nominee. Most importantly, seek this movie out!