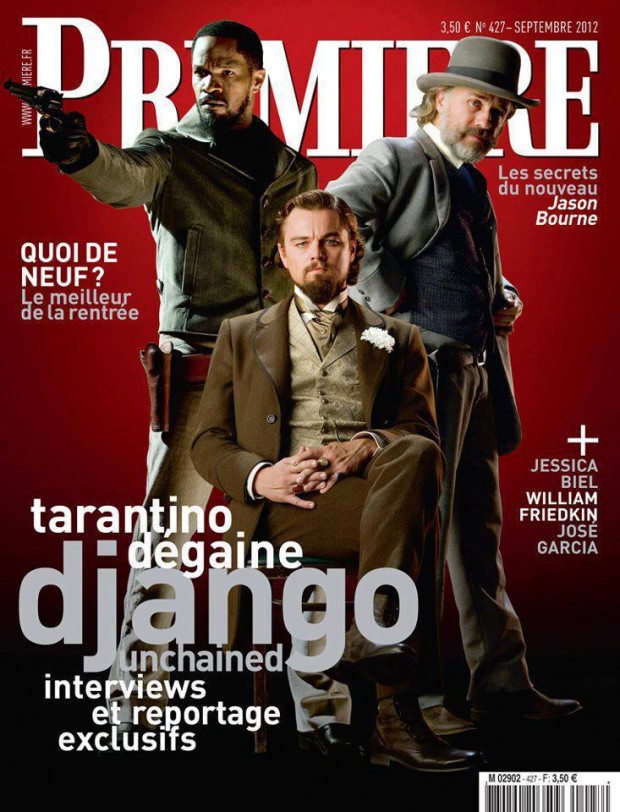 Django Unchained is preparing to our senses as the marketing for this film is imminent. As with any movie at any moment now we’ll begin to see the stars of the film begin to increase the amount of conversation they have about the film in interviews, we’ll begin seeing more posters, and eventually more footage. Today it’s beginning with a magazine. Very cool image and excites me to discover what else they may have in store for their marketing. Everhything about this movie, thus far, screams ‘Fun’ for all those involved which is actually pretty damned exciting considering who’s involved and the subject matter. Seeing these guys deliver on something that they seemingly enjoyed making? Priceless.