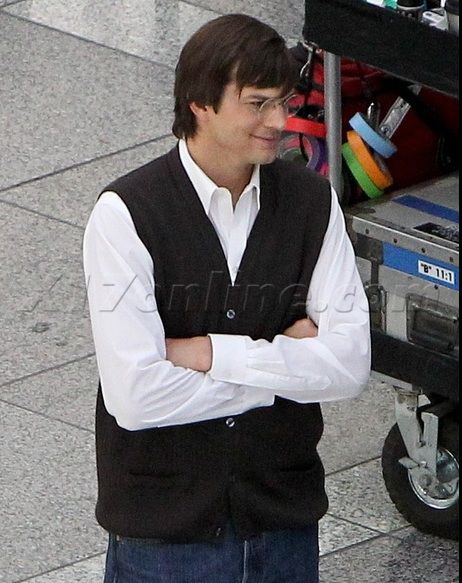 Remember that independent Steve Jobs biopic that’s starring Ashton Kutcher? Yeah, me too. It’s been a few months since we last talked about this movie but regardless of our lack of discussion the film is still progressing and inching closer and closer to release than a lot of us even acknowledge. Well it’s that time again and a few new images have surfaced showing what Kutcher looks like in the role as an older Steve Jobs then when we last checked in:

The film covers Jobs from his early years as an impressionable youth and wayward hippie, through his initial successes and infamous ousting, to his storybook return and ultimate triumphs as a man who set out to change the world and did just that.

jOBS chronicles the 30 most defining years of Steve Jobs’ life, as seen through his, colleagues’, and friends’ eyes. Dark, honest, and uncompromising, jOBS plunges into the depths of his character, creating an intense dialogue-driven story that is as much a sweeping epic as it is an immensely personal portrait of Steve Jobs’ life.

A rousing narrative of this business and tech icon, jOBS pulls no punches and does not speculate, telling only the candid and captivating account of the life of Steven Paul Jobs.

I have to admit that the guy looks the part and resembles Steve Jobs a bit more than I anticipated. He looks good and the signature glasses on him fit him a lot like they Steve. This actually raised my interest in this movie a lil bit. Keep it up fellas.