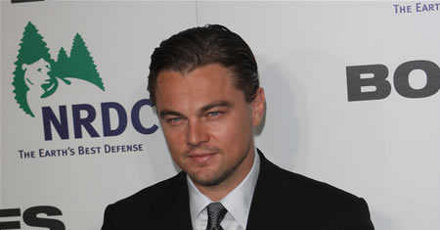 Quentin Tarantino’s next movie seems to be revving into gear with the latest casting rumor surrounding the production being that Leonardo DiCaprio will sign on to this movie to play a slave owner. Wait, what?

While it has been reported that Will Smith is a strong favourite for the part, he may never finish filming on Men In Black 3, so old Quentin may be looking elsewhere.

Now we have a further casting rumour to add to the Django Unchained pile. This time the Twitterer is Q&A podcast’s Jeff Goldsmith, who has been on the right track in the past, and says that Leonardo DiCaprio may be taking the part of Calvin Candie, the slave trader and villain of the piece.

And here’s a synopsis for those of us what kinda Spaghetti Western this is:

Django is a freed slave, who, under the tutelage of a German bounty hunter (played by Christopher Waltz the evil Nazi officer in Inglorious Basterds) becomes a bad-ass bounty hunter himself, and after assisting Waltz in taking down some bad guys for profit, is helped by Waltz in tracking down his slave wife and liberating her from an evil plantation owner.

Idunno. I like DiCaprio and I think he’s always a stellar addition to any production he joins but this one seems a little far fetched. It was a little questionable when Will Smith was rumored for the role as he just doesn’t risk his public image with movies like Tarantino’s but this is a bit more as DiCaprio has a bit of an image to protect as well. Gossiping aside, I think he would it would be spectacular to see DiCaprio spewing witty Tarantino dialogue and dropping F-bombs toe-to-toe with Sam Jackson or someone. Looking forward to some confirmed casting news so we can know what direction to send our imaginations of these soon to be classic scenes in film.