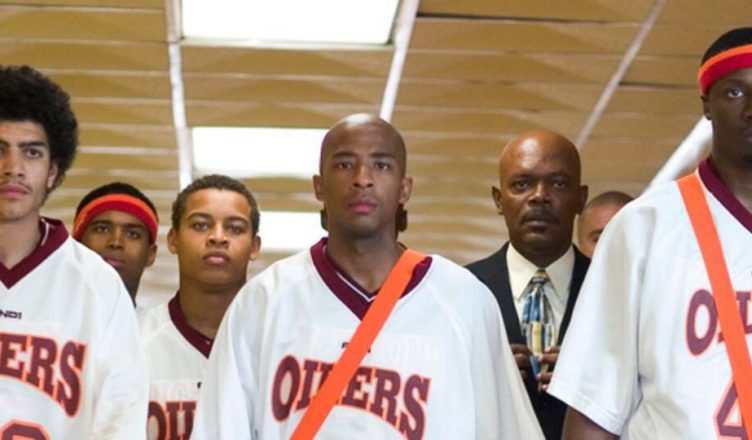 Basketball is one of the most popular sports in the world. Every game is watched by millions of people, and almost every face in the NBA would be recognized and potentially mobbed if they were seen walking down the streets.

If we asked what came to mind when you thought of basketball, you may think of big name players like LeBron James or the late Kobe Bryant. You may also think of the teams such as the Harlem Globetrotters, the top arenas like the Orlando Magic’s Amway Center, or even what the latest NBA odds are if you’re a bit of a gambler. But how many of you would think about films?

But the truth is, some of the best films of all-time are about or have been inspired by basketball. And we’re going to put together a list of our top five basketball-related films of all time. You may well have seen these already, but if not, you really should. So here we go…

Ok, so this isn’t your typical feature length film, it’s a documentary film, about one of the game’s greatest ever players, LeBron James. Created by filmmaker Kristopher Belman, it follows the early career of James, starting off from when he and four other talented teammates were playing basketball at St. Vincent-St Mary High School in Akron, Ohio.

They were a powerhouse combination who dominated the game at High School level, however, it wasn’t all sunshine and rainbows. As the more they burned up the courts, the more James became the center of attention, and his ever-increasing popularity with the media threatened to tear apart all the hard work the five teammates had put in.

Whilst it may not be a fun family film you sit down to watch with the kids, it’s still an excellent watch that makes it into our top five. And for anyone wondering what athletes at the highest level have to go through to make it to the pinnacle of the sport, this is a must watch. 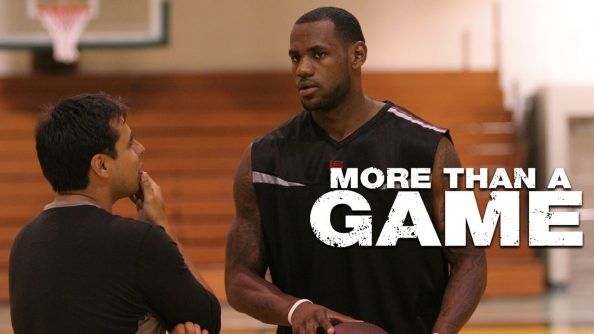 Coach Carter is directed by Thomas Carter and stars none other than the one and only Samuel L. Jackson.

Jackson plays a sports goods store owner, who ends up taking a job as basketball coach at his old high school where he was a legendary player known for winning championships. However, the same attitude and desire that he had back in his day, he doesn’t see in the team before him, so he sets out to change things and instil some old fashioned values into his players.

It has everything in the film from teenage pregnancy to drug dealing, and how one teacher can make a difference to a small group of men. We don’t want to spoil it too much, but there is a reason that this film sits at number two in our list, and that’s because it’s that damn good, and deserves to be watched. 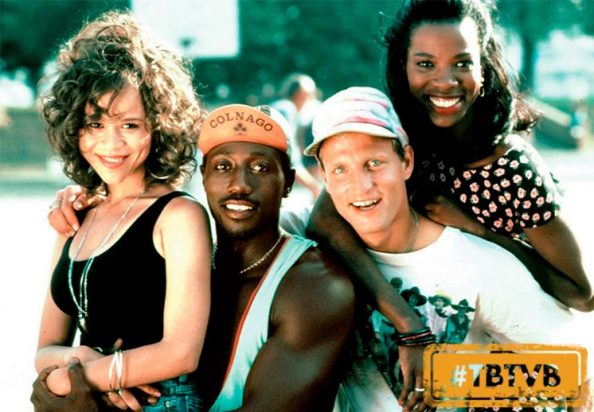 White Men Can’t Jump is an absolute classic that was written and directed by Ron Shelton, and it’s the first comedy film to make our list. It follows the story of Billy, played by Woody Harrelson, who is a street hustler. He makes a living out of conning mainly African American players that he can’t play basketball, only going on to beat them and take their money.

But when he teams up with one of his victims, Sidney, played by Wesley Snipes, they aim to double their chances to get rich quickly. It really is a barrel of laughs and is one of the best basketball films you will ever see, and despite its age a lot of the humour still holds up today.

In the second spot of our top five, we have another biographical film based on a true story, and what kind of top film list would it be, if we didn’t include an entry from Disney. But this isn’t your typical tale of a damsel in distress being rescued by her Prince Charming, it’s a much more emotional tale based on a true story.

Directed by James Gartner, Glory Road follows the tale of a coach who gets a job at Texas Western College. However, as anyone who watches basketball knows, the same funding isn’t there for colleges as there is in the NBA and so the coach tries to do the best he can with what he has, and begins to recruit some talented players.

The team ends up being dominantly black, which during the time the film is set was one where racial tensions were high. Sadly, despite how well they do and the victories they rack up, so does the racial hatred shown towards the team. But the players and the coach stick it out and persevere to show you shouldn’t judge people based on the colour of their skin. It portrays a beautiful message throughout, and if you want to know how it ends, you’ll have to watch it. 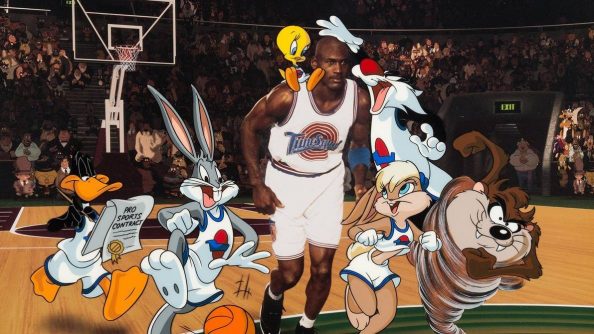 The number one film in our list is another oldie that stands the test of time. Space Jam! This cross between live-action and animation is perfect for sitting down to watch with the whole family, starring the one and only Michael Jordan as himself, alongside the likes of Bugs Bunny, Daffy Duck and Tweety Pie.

The story follows that of Jordan as he decides to retire from basketball. But as is usual with retirement, nothing ever goes to plan and he ends up getting kidnapped by the Looney Tune group to help them beat a bunch of aliens called the Nerdlucks. However, these are no average basketball playing aliens, as they sneak to Earth and steal the skills of some of the NBA’s top talents.

It’s an incredibly good feel-good film, and what’s more, the sequel, Space Jam 2, has been announced and will be available to watch shortly, featuring a whole new roster of top NBA stars. So there is no time like the present to watch the original, to get you in the mood for the release of the sequel.

Looney Tunes group and is asked to play a match to defeat the Nerdlucks, a criminal alien group led by Mister Swackhammer