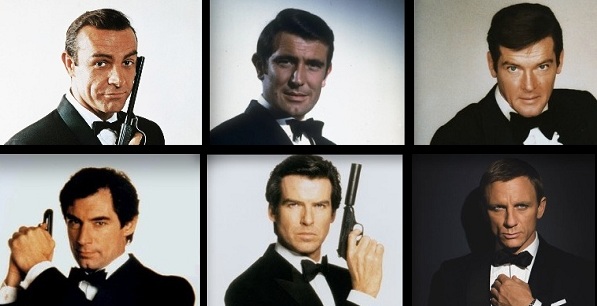 He may save the world from dastardly supervillains and thrill us with his death-defying stunts, but some of the best James Bond moments take place at the card table.

Bond just wouldn’t be Bond without the glamour and tension of an intense casino scene or roulette. Here we’ve gathered together five of the most iconic casino moments in James Bond films over the last half-century. 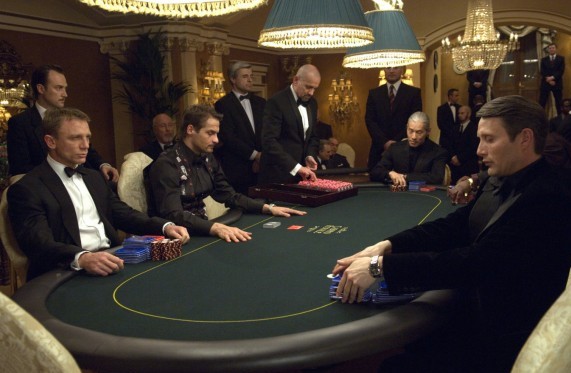 Daniel Craig’s first appearance as the super spy also marked a reboot of the Bond franchise in a grittier style with fewer gadgets and insane stunts.

Compared to the other casino scenes in Bond films, this one stretches out over a large portion of the film. And what a scene it is! So it’s only fair that Casino Royale is given pride of place on the list.

All the ingredients are present: supervillain Le Chiffre (played by Mads Mikkelsen), the glamorous Vesper Lynd, and Bond taking a few breaks from the game to beat up some henchmen or be resuscitated after being poisoned.

The game is also incredibly tense as the players all fight for the huge prize pot. Texas Hold’em is the most popular poker game, a blend of skill and luck, and anyone who enjoys playing it will appreciate the anticipation in the room.

It all looks over for Bond when he loses his stake, but fortunately CIA agent Felix Leiter is prepared to stake him in. Of course, he eventually wins with a straight flush – and the $1 million tip to the dealer is an especially nice touch. 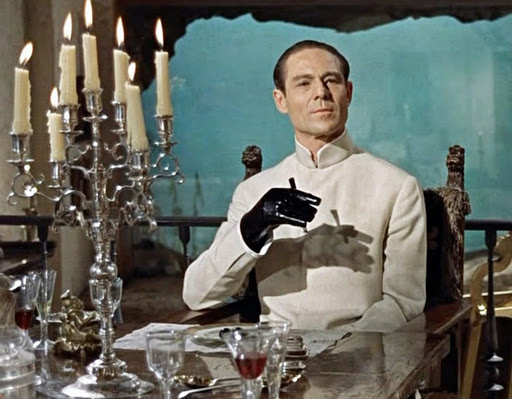 The scene takes place in a classic London casino (Le Cercle Casino, which is fictional). It’s exactly what an old-fashioned casino should be: glamorous, smart, full of tuxedos. This is gambling in the classic style.

As Bond plays, he is watched by Sylvia Trench, who gives him the chance to utter his famous line for the first time: “Bond. James Bond”. In many ways, it’s the defining James Bond moment.

As for the game itself, Chemin de Fer is an older version of Baccarat. Chemmy, as it is often called, is not found in many casinos these days. However, it remains popular in its native France. 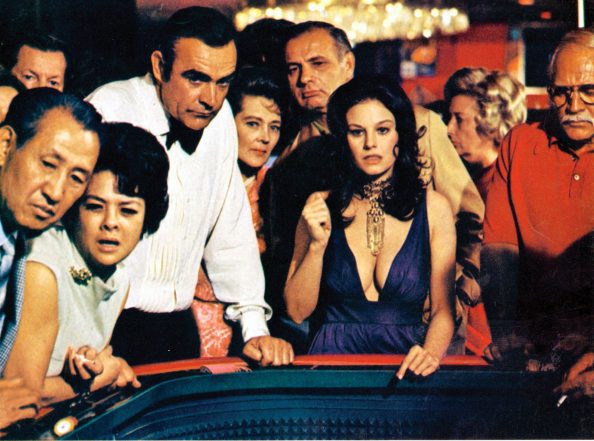 Connery makes his final appearance as Bond in Diamonds Are Forever, one of the classic Bond films where he is tasked with infiltrating a diamond smuggling operation run by none other than his long-standing nemesis, Ernst Stavro Blofeld.

The casino scene takes place in Sin City itself, Las Vegas, and when Bond is in town there is no way he will stay away from the tables for long.

This particular scene is set in the fictional Whyte House. While playing Craps, Bond manages to seduce the wonderfully named Plenty O’Toole (Lana Wood) while on his way to winning $65,000.

Bond also shows his propensity for risk-taking when he shocks the dealer by raising his bet to $10,000 in a key moment. He also shows his generosity by handing over $5,000 of his winnings to Plenty O’Toole.

Interestingly, this is the only time we ever see Bond playing Craps in all of the films.

Pierce Brosnan’s reboot of the series was a huge hit. The first film since License to Kill in 1989 was also an opportunity to give Bond his first visit to the casino in a while, making it something of a revival of the casino scene as well as the franchise.

The scene takes place in the Casino de Monte-Carlo in Monaco – it doesn’t get much more glamorous than that. It is also a prominent section of the film filled with suspense and tension.

Bond takes on Xenia Onatopp, a Russian agent, and beats her. There is plenty of sexual tension, as well as plenty of unsubtle innuendos and, of course, a few one-liners. 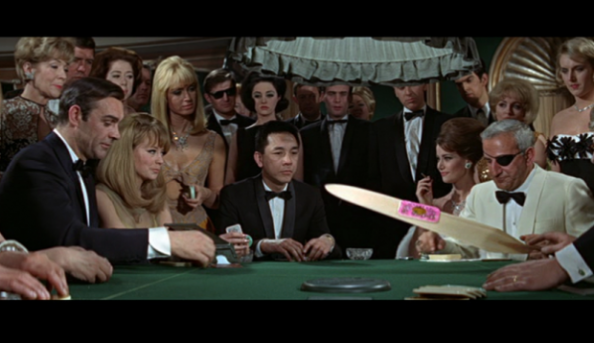 Chemin de Fer makes another appearance in the third Sean Connery film to make the list. This time, the audience is absorbed in the tension of a high-stakes game with villain Emilio Largo (Adolfo Celi), complete with eye patch.

The suspense is real edge-of-your-seat stuff. Both Bond and Largo act as if they don’t know each other, but at the same time they are both desperate to get the better of the other.

Once again, tension is portrayed through the help of a casino game, which becomes the ultimate way for Bond to take on the villains without throwing a punch. Of course, Bond wins the game in the end.

Although the film is set in the Bahamas, the casino scene is actually shot in England.

These may be the five best casino scenes, but there are many others. Whether it’s Roger Moore playing Backgammon in India (Octopussy), George Lazenby playing roulette in Portugal (On Her Majesty’s Secret Service) or Daniel Craig fighting bad guys in the elaborate setting of a Macau casino (Skyfall), there is no shortage to choose from.

There is nothing that sums up the sophistication and style of James Bond quite like a good casino scene, which is used to combine glamour, tension and danger. As such, the casino is certain to remain one of the most popular settings for Bond films for years to come.