Ha! …It really makes you laugh, doesn’t it, some of the tripe that Hollywood churns out? When it comes to casino themed films in particular, no one can deny that there have been some absolute shockers. Of course there have also been some iconic pictures that really make the most of the glamour, or even the sleaziness, that casinos offer to creative filmmakers. Let’s survey the scene, highs, lows, warts n’ all….

Our reflections simply must start with Casino, Martin Scorsese’s offering for 1995. The funny thing about this film is that it’s a hard one to place, in terms of both artistic quality and the straight-forward pleasure that it affords the viewer.  Typical of Scorsese’s oeuvre, the theme here is organised crime in America with some added Italian spice. Typical of Scorsese’s casting the big names here are long-time muse Robert DeNiro and favourite bad-boy Joe Pesce. It certainly isn’t a poor film, but it isn’t as artistic as Taxi Driver or Raging Bull or as gripping in a mainstream way as, say, Shutter Island.  It definitely leaves one with the classic casino atmosphere and a strong desire to play free bonus slots, but otherwise it’s doesn’t have all that much going for it.

This is a hilariously bad casino film probably best experienced in the form of a few YouTube clips! This may offend Leprechaun fans—the series does have a following—and in fairness it is designed to be light and ludicrous, but it can be hard to bear. For those unfamiliar with the series, it follows a malevolent and humorous leprechaun through all manner of unlikely locations, from “the hood” to outer space and then, in Leprechaun 3, Las Vegas. It raises a smile but in all honesty really doesn’t merit much praise in any capacity. When you consider that Leprechaun 3 was in fact released in the same year as Casino, the mind truly boggles! Again though, it will make one itch to play some games, ideally those with a leprechaun theme, such as Rainbow Riches found on many casinos via Casino Slots Guru. 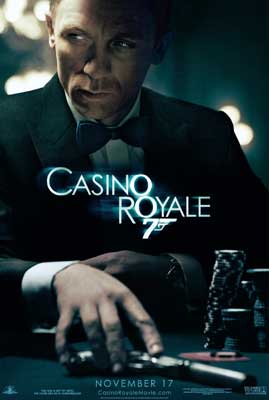 Nobody can dislike a Bond film, and even if Daniel Craig isn’t your favorite Bond, with his beefy bod and slightly less polished manner, there’s enough sophistication in this 2006 picture to keep the connoisseurs happy. The Montenegro casino setting with the black tie dress code is a far cry from gauche Las Vegas. Then there’s all the suspense of the poker game at the center of the plot, which is immense and really gets the blood up. 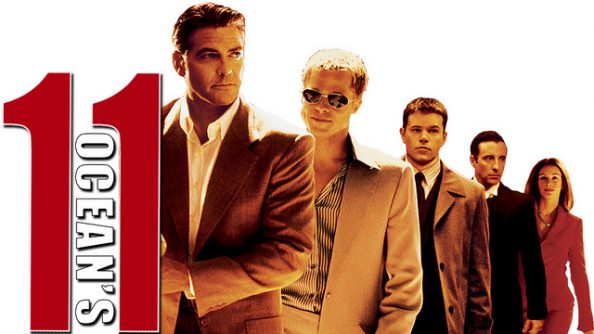 No survey of casino films would be complete without the 2001 trend-setter Ocean’s Eleven. Steven Soderbergh’s slick, fast-paced style is still popular today and has really become something of a cinematographic cliché, seen in countless mediocre TV dramas and knowing ads. The blend of action, comedy and intelligent plotting couldn’t work without the casino setting to bring it all seamlessly together, and this is one remake that definitely does justice to the original.