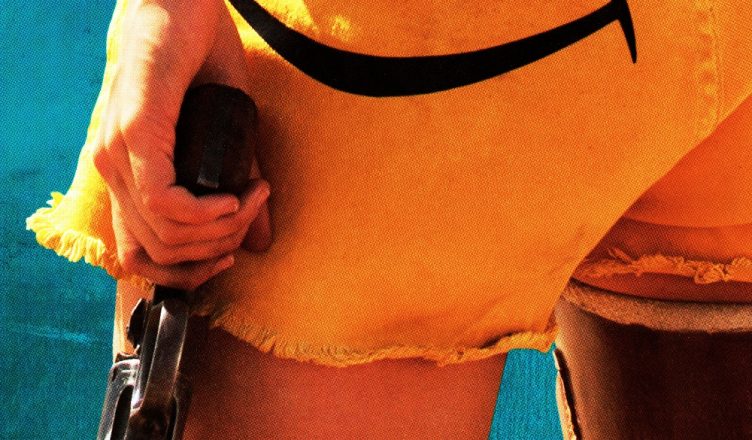 The bad Batch is a movie that I watched based on one of Matt’s trailer reactions. Jason Momoa is gaining popularity right now with his Justice League stuff, why not? So the movie opens up with some hot chick in booty shorts being released at a fence from some sort of prison in the desert. I have to mention the booty shorts because the film goes out of its way to focus on the smiley face on her butt throughout most of the movie.

Also, did I mention this movie doesn’t take place in the U.S.? Nope, the fence that this chick is dropped off at is the end of US territory and once you’re out you’re pretty much on your f’n own. Oh yeah, she has a name too. It’s Arlen but I think The Bad Batch only uses it like twice throughout the entire film which is kind of odd but liberating. Honestly her name, or anyone’s for that matter, don’t matter as the film primarily studies the situational reactions of the primary stars in this post apocalyptic landscape. It reminded me of Mad Max with a lot less action and relies on your curiosity to maintain your interest. 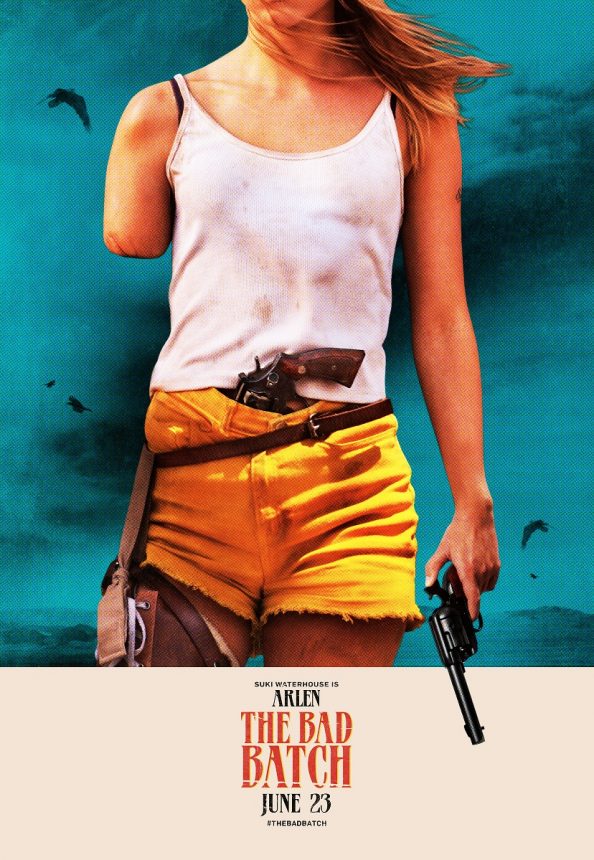 The film doesn’t prepare you in the slightest for the brutality or squirm scenes in this movie. Cannibalism is a popular thing in this desert world and if you’re not careful the cost of survival might be an arm and a leg. The world here is very lawless, violent, dangerous, but has a modicum of humanity and decency from the inhabitants but the cannibalism makes shows like The Walking Dead seem tame and the movie boasts one of the ingeniously gross ‘escape’ scenes in history.

The movie doesn’t really offer too much in the form of a plot while you’re watching. It’s more like just observing Arlen as she tries to make her way in this post apocalyptic world and the folk she meets within. Giovanni Ribisi is wasted in this movie for the most part. His acting is, naturally, phenomenal but he’s barely in the film and is cast as someone who’s not a principle character in the plot. He’s like a video game NPC without any useful information toward your quest.

The movie does a great job in studying the character of Arlen. We totally follow her arc in the film from her release, to her initial experiences, to her coping and adapting and so forth really well and The Bad Batch is another great example of a film in which the physical acting takes center stage as the dialogue is kept to a minimum in this world.

I didn’t really mind the settings and environments but they weren’t too remarkable either. things really picked up, settings-wise, when Keanu Reeves’ character entered the film and it’s a noticeable shift in tone for the film. Outside of these moments everything is the same rock with the same sand and dirt without with little that stands out. I can’t tell you if the movie had a soundtrack. If it did, I certainly don’t remember an ounce of it… which kinda says something about the music…

Surprisingly, the movie is a love story. Both romantic and Paternal but it’s not the emphasis of the film. It’s not like a twilight and you wonder if the boy will get the girl but instead it’s just something you observe in passing in a few moments that may or may not get consummated (i’ll let you watch). I enjoyed The Bad Batch and I could see myself watching this film 1 more time just to view from the perspective of knowing how the movie ends. What did I miss? were there more clues? Is there more to mine out of this movie that I overlooked? Check out the film when it opens, well worth it.

A Film by Ana Lily Amirpour

THE BAD BATCH follows Arlen (Waterhouse) after she’s left in a Texas wasteland fenced off from civilization. While trying to navigate the unforgiving landscape, Arlen is captured by a savage band of cannibals led by the mysterious Miami Man (Momoa). With her life on the line, she makes her way to The Dream (Reeves). As she adjusts to life in ‘the bad batch’ Arlen discovers that being good or bad mostly depends on who’s standing next to you.