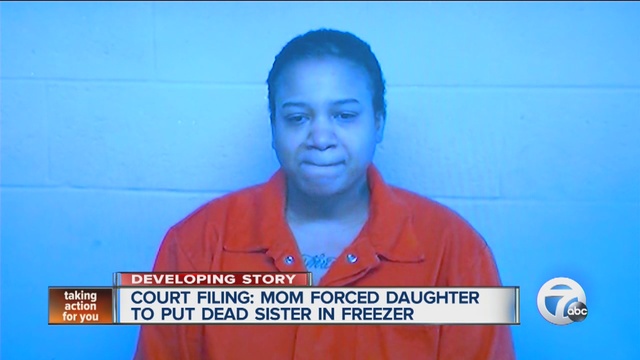 Ever heard the tale of the Zodiac Killer? How about Aileen Wuornos in the movie Monster? Or maybe Henry: Portrait of a Serial Killer? These are three examples of real life killers whose gripping murder mystery stories were translated by the eye of Hollywood. These were stories so shocking that the movie industry just had to share them with the world. What you might not know, is there are thousands more stories just like these that never made it to the silver screen.

If you are a true crime nut like me, you might have already heard something about these stories. However, if you aren’t an avid horror or true crime cinefile these stories will shock you. Both of these stories include gruesome murder in one way or another, but the events that lead up to them are very much different. How these cases slipped by under the radar we may never know, but one thing’s for sure, these are stories you aren’t likely to forget.

Mitchelle’s story is one of madness, abuse, torture, and extreme loneliness. It’s the story of two children who went missing for over 2 years and no one asked questions until it was too late.

Mitchelle Blair confessed to torturing and murdering two of her four children for their supposed unspeakable behavior. Stoni, age 13 and Stephen, age 9 are believed to have been killed in 2012 and 2013. However, Mitchelle wasn’t charged with any crimes until July of 2015.

According to Mitchelle, her daughter Stoni was continuously sexually assaulting her younger brother who was about 6 years old at the time. Supposedly, Stoni also involved her brother Stephen in these crimes against their younger brother. Yet, Mitchelle says all of this information came from the mouth of the 6 year old, whom would later be found free of any signs of sexual assault.

Why would the children make such accusations against each other – especially if they weren’t true? In courtroom confessions, Mitchelle told the story of her own abuse, which was something her own mother did nothing about. She then explained that she told each of her children about her abuse in great detail and told them that it was the worst possible offense a person could commit.

Mitchelle also admitted to torturing her children when they misbehaved. Her children were beaten with electrical cords and burned with hot water for their daily wrongdoings. She confessed to starving the children if she felt their offense was great enough. Eventually, she found that the children would turn on each other and tattle on one another for even the smallest offense. Mitchelle admitted to rewarding the children who spoke up and severely punished the ones who she felt were guilty.

When her son confessed to the abuse, Mitchelle said she was not going to let it go unpunished. She first tortured Stoni with scalding hot water, starvation, and after days of this she suffocated her in a plastic bag. Mitchelle says she feels no remorse for what she did because she believes that Stoni did commit these crimes. As for Stephen, Mitchelle received information from the youngest son that Stephen was involved in the abuse, but that it was still all Stoni’s idea. Mitchelle said that she didn’t mean to kill Stephen, but after he endured beatings, starvation, and being burned with hot water for days, his body could no longer go on. Even so, Mitchelle says she wouldn’t feel bad if she had intentionally killed Stephen because “they behaved as demons do”.

The bodies of the two children were only found after Mitchelle was to be evicted from her apartment in the Spring of 2015. The superintendent entered her building for an inspection and found what appeared to be two children in the standalone freezer. These children had been missing for years and not one person suspected a thing. The fathers of these two children were unabashedly absent from their lives. They wanted nothing to do with Mitchelle or the children. In addition, Mitchelle had little to no contact with friends and family members. She felt isolated from the world and was incredibly angry that she received no help raising her children.

Could this have simply been a case of desperate children trying to escape their daily hell? The world may never know. Mitchelle was charged with life in prison without parole.

On June 15th, 2015 a message was posted by Dee Dee Blancharde’s Facebook account. The message told of Dee Dee’s murder and how she deserved to die. When friends and family answered the message with love and concern, the killer responded by mocking them and explaining what an awful person Dee Dee really was. Police were able to obtain a search warrant based on Dee Dee’s hacked Facebook account and sadly found Dee Dee’s body on the floor in her Missouri home.

The community and police officers immediately flocked towards Dee Dee’s daughter, Gypsy who was known to be severely disabled. One of the Facebook posts from the killer specifically said that they had sexually assaulted Gypsy, but made no mention if she was alive of dead.

Dee Dee and Gypsy were very well known in their community for their activism in many local charities. Gypsy suffered from many different ailments, such as Leukemia and Muscular Dystrophy, and seemed to be wheelchair bound most of the time. Neighbors knew them very well and often came over to help the pair with even the smallest of tasks. Everyone close to them said that they seemed to have such a great relationship and even though things were tough, they always had a smile on their faces. The world was about to find out that none of it was real.

A cab driver reported suspicious behavior to the police after transporting a young girl from a motel to a greyhound bus station. She saw the news report about Dee Dee’s murder and after a picture of Gypsy flashed on the screen, she knew that Gypsy was who was in her cab. The girl she picked up had a wig on, was dressed in normal clothing, and most importantly wasn’t in a wheelchair.

Turns out Gypsy had been corresponding with a young man over Facebook telling him the story of how she was abused and bullied by her mother and how she wanted her to die. This young man also came from a broken home and the couple reportedly fell in love quickly. Police found countless messages between the two confessing their love for one another and planning their attack on Dee Dee.

Gypsy admitted to the court that she had been kept out of school after the age of 7 at her mother’s behest. Prior to this incident, she was involved in a minor motorcycle accident, at the age of 5, in which Gypsy fell off of the back and got scraped up from the road rash. From then on, Dee Dee insisted that Gypsy was incredibly ill and began taking her to the doctor for countless exams and checkups. Her mother then forced Gypsy to take various medications which made her hair fall out as well as her teeth. She made Gypsy dress like a little girl as to always give the impression that she was much younger than she truly is. The couple had been scamming friends, family, neighbors, and even charitable organizations throughout Louisiana and Missouri. They never gave out detailed information about the seriousness of Gypsy’s conditions, but no one seemed to question it because their lies were just so convincing.

Gypsy was charged with second degree murder and took a plea bargain that sentenced her to 10 years in prison.

Which true crime stories do you feel would make the best movies?

View all posts by Trisha Miller →