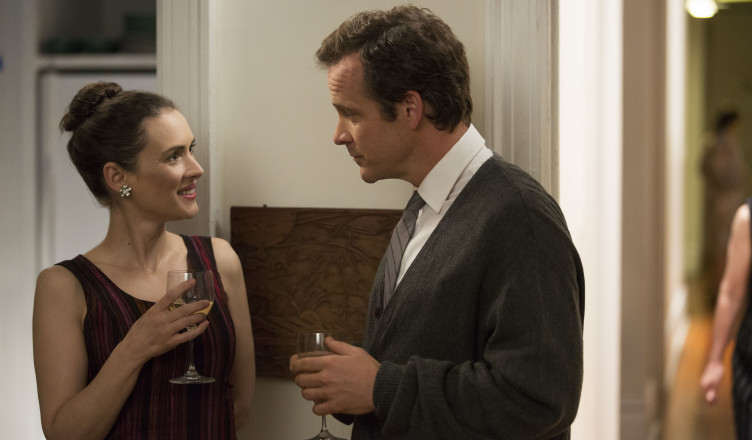 Yale University, 1961. Stanley Milgram (Peter Sarsgaard) designs a psychology experiment that remains relevant to this day, in which people think they’re delivering painful electric shocks to an affable stranger (Jim Gaffigan) strapped into a chair in another room. Disregarding his pleas for mercy, the majority of subjects do not stop the experiment, administering what they think are near-fatal electric shocks, simply because they’ve been told to. Milgram’s exploration of authority and conformity strikes a nerve in popular culture and the scientific community. Celebrated in some circles, he is also accused of being a deceptive, manipulative monster. His wife Sasha (Winona Ryder) anchors him through it all.

As soon as Anthony Edwards and Jim Gaffigan strolled on screen together in the first few seconds of “Experimenter”, I thought, “Boy, am I gonna like this flick.” Regrettably, as this rudderless and oddly bland movie plodded along, I soon found myself saying, “Boy, when is this torture ever gonna stop?!”

It’s not that the subject matter isn’t inherently interesting, and that the story, perhaps in hands other than those of Writer/Director Michael Almereyda, would have made for a film most compelling. It’s just that the narrative never created any emotional resonance nor reason to care about anybody involved for me. 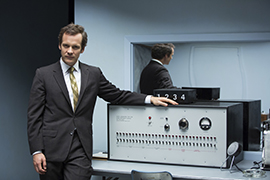 I found Peter Sarsgaard to be almost entirely unengaging as Stanley Milgram, the Ivy League researcher whose unconventional experiments with obedience and conformity generated considerable controversy in the 1960’s. Milgram led paid (though we never learn how much) yet unwary test subjects to believe that they were delivering what they knew could be severely damaging electric shocks to a person they could not see (Gaffigan, a small ray of light in this otherwise hopelessly lost cause) simply because they were instructed to do so. Sounds intriguing, right? However, Sarsgaard’s performance is so limp and morose that not once was I inspired to neither like nor even admire him. His Milgram comes off as a thoroughly sad and emotionally stunted soul, completely incapable of meaningfully connecting with anyone, including his own family. It was nice to see Winona Ryder back at work again (at least I haven’t been aware of her in recent years) as Milgram’s wife Sasha. Ryder does what she can in the role, but is primarily relegated to tolerating a man who is as unreachable as he is enigmatic.

Best not to consider conducting your own research into entertainment value as it pertains to “Experimenter”. You’ll find, as did I, virtually none to speak of in it’s entirety.

May I suggest more Edwards and Gaffigan next time?