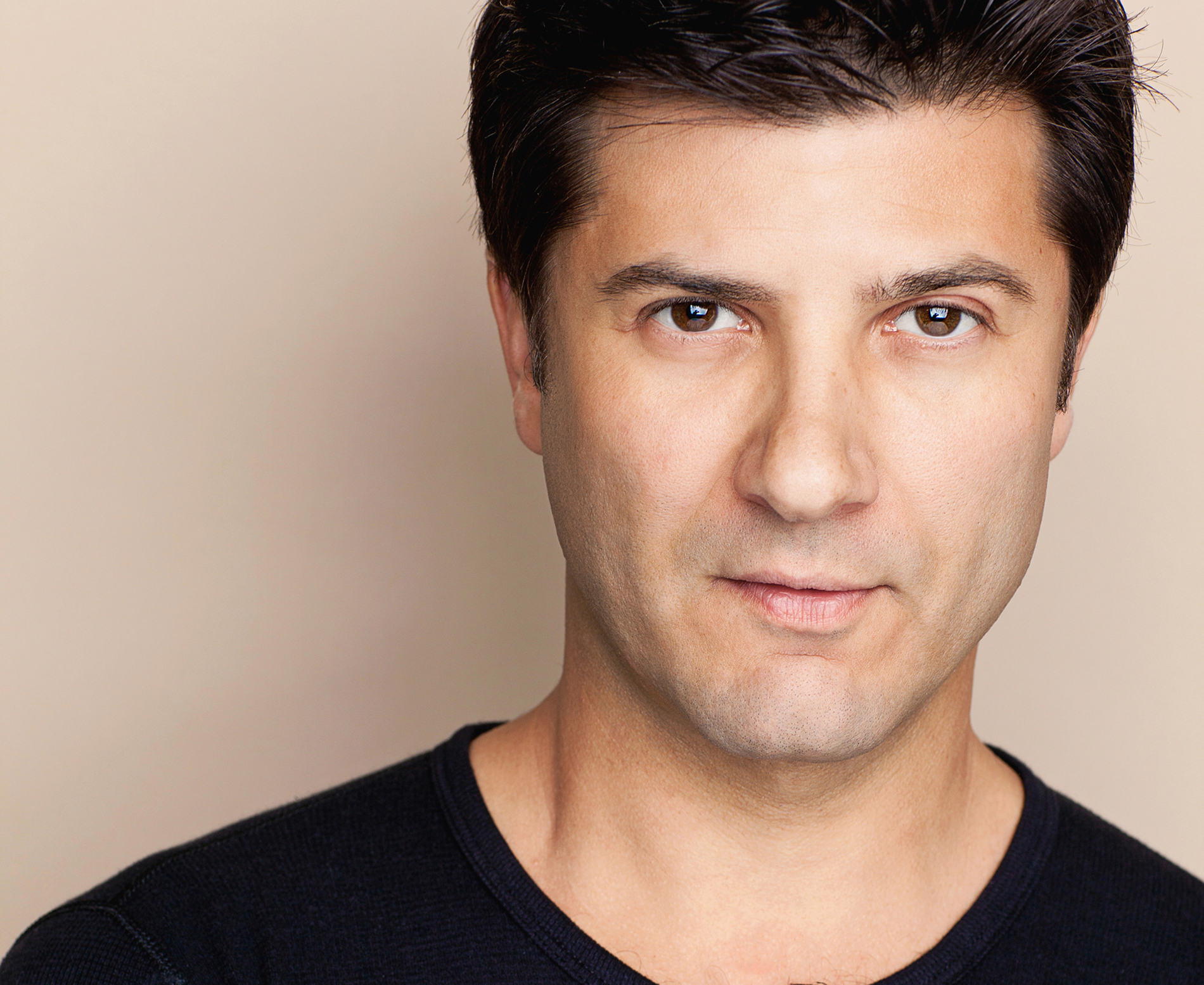 Ethan Flower, a humble, friendly guy and brilliant actor chatted to me about his great upcoming film Dragon Day; how fragile our communication in this world is, how easily we take simple things for granted, and how scarily realistic attacks out of our control can be.

Most recently, Ethan, can be seen in the tech sci-fi thriller Dragon Day. He plays the lead role of Duke Evans, a laid off NSA specialist who loses his home because of the market crash and looming national debt problem. His father leaves him a house in the country where he decides to take his family to live a simpler life; their own version of the American Dream. However, their dream is cut short as a devastating Chinese cyber-attack destroys U.S. civilization: planes fall from the sky, all power, communication and transportation comes to a halt. Duke and his family must use all their wits to survive this frightening scenario where food, water and freedom become as scarce as they try to cross the border into Mexico with the help of an unlikely friend. The independent film addresses the U.S.’s financial crisis, economy, immigration and the looming threat that China poses with an incredibly entertaining story and a plot that’s eerily close to what might be possible. Next up, Ethan will appear in an episode of the comedy “Spoils of Babylon” along-side Tobey Maguire. His previous television credits include guest starring roles in “Go On”, “Parenthood,” “The Young and The Restless,” and “E.R.”

When out-of-work engineer Duke Evans and his family try to rebuild their lives in a remote mountain town, their own version of the American Dream is cut short on the day a devastating cyberattack destroys the U.S. as we know it. Every microchip ‘Made in China’ has been infected with a virus that rapidly shuts down all modern technology. The aftermath happens fast, and as the rule of law, water, and food run out, Duke and his family must use all their wits and the unlikely help of Alonso, an illegal immigrant, to survive this frighteningly realistic scenario. TMB: I really enjoyed Dragon Day and how it addressed worldwide issues, but concentrating on America where there is such a media prominence and attention from the rest of the world. It’s great how the film incorporated economic crisis, immigration issues, and technology dependency – all these things that instill fear. What kind of overall message do you hope for the film to spread?

EF: Well what you mention is really interesting because most people don’t have any clue that they are the films focuses when they are watching the trailer. There are great paradoxes in the film about immigration – when I read the script that blew me away. The whole message regarding our connection to the world through electronics and how fragile that is, is something I love to talk about because I don’t think enough people really understand how fragile communication and financial networks are, because we take it for granted. All it takes is one wipe to get rid of it all and send us back to wagon and horse days. I love how the film is like a modern cyber Western. I love Westerns – I want to do more of them.

TMB: Tell us a bit more about the film.

EF: I love how much the film is character driven. I mean they obviously didn’t have millions of dollars like a big budget film, but even if they did I think it would still be character driven. Maybe the special effects would have been a little better, but it is a great indie that tells a great story of a family trying to survive an economic meltdown and tying it into the ironic deep fear Americans have of immigration – which is what the country is built on, and what makes it so great.

TMB: It’s pretty scary how real the possibility is of a cyber attack or any attack of that magnitude, which is beyond our control, as demonstrated in Dragon Day.

EF: Yeah it is, and in turn becoming a sort of social cannibalism where our whole society turns in on itself. It’s about human behaviour – you’re putting them into a situation where they’re fighting for their lives, so they’re going to revert back to animalistic instincts; it’s totally natural.

TMB: What drew you to the script? Any particular reasons why you wanted to be involved with the film?

EF: I was drawn to it mainly because it seemed like a modern cyber Western, and also because I’m kind of a computer geek myself; I’ve always loved tech. I am half Cuban, and being half Latino I felt that it was important for me to tell that aspect of the story – the ironic side of immigration was inviting to me. The character [Duke] seemed to resonate with me; I didn’t have to think too much. Sometimes it just happens, you know exactly how this person thought and he thought a lot like me, he would do anything to save his family, and although he sometimes made bad decisions, he is a good person.

TMB: When you were filming did you ever feel the effects of what was going on in the story – I bet it really made you appreciate technology and life as it is?

EF: Very much, I certainly appreciated having food and water every day. I did try to separate myself from LA; I needed time to really separate myself from society. I can’t lie, it makes you feel that it [cyber attack] could totally be possible – I have to say that since filming I have been a lot more careful, more prepared.

TMB: Your role as Duke is, I imagine, completely different from your upcoming role in Spoils of Babylon?

EF: Yeah, totally different. In the scene I’m working with Tobey McGuire and I play this British Civil Servant in the 1940s that is looking for the right man for the job, which is dropping a bomb on Hiroshima. It’s all done in a very comedic fashion, and the character couldn’t be more different to Duke. It’s really fun to able to have different character experiences.

TMB: Do you prefer playing a comedy role or more serious roles?

EF: I get asked that a lot and I also ask myself that a lot. I don’t have a definitive answer – it sort of depends on what my mood is, like do I need a bit more fun in life right now? Or is life a bit too fun and I need something more serious? There are a few things I really love in this world, one of them is acting and one of them is traveling, and these two things are very similar as you get to explore and experience this whole new life, this whole new set of things you need to learn about. Acting always gives you new and wonderful things to learn. So as far as comedy/serious roles go, there is no preference for me. I embrace whatever the role is and ride it like a wave.

Dragon Day is having a limited theatrical release and straight to VOD on November 1st, 2013.