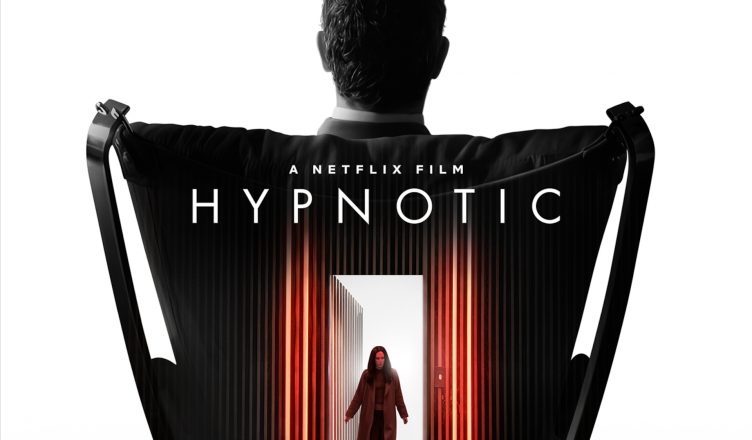 Hypnotic Synopsis: Feeling stuck both personally and professionally, Jenn (Kate Siegel), a young woman reeling from a series of traumatic events, enlists a renowned hypnotherapist, Dr. Meade (Jason O’Mara), to help on her road to recovery. After a handful of intense sessions, terrifying events, and mysterious blackouts, Jenn soon finds herself caught in a dangerous mind game. With the help of Detective Wade Rollins (Dulé Hill), Jen looks to put the pieces together before it’s too late and there are deadly consequences. 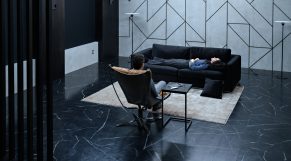 Hypnotic centers around the abilities of therapist Collin Meade and doesn’t waste time shying away from this fact. Jason O’Mara carries an aura of confidence and self assurance that radiates onto those around him. Kate Siegel and Dule Hill also deliver some good performances but, again, they benefit greatly when working with Jason O’Mara in a scene. You can honestly see the behaviors and moods of the people who enter his circle improve just by being in his orbit.

Hypnotic has some of the best set design and some really clever camera angles that make it easy to look past issues and just keep watching. There are some really beautiful scenes and you notice this trend peak when we get to the office of Doctor Collin Meade. There’s a fun thoughtfulness to the appearance of each of the characters and their environments that are beautiful. There’s a fun little detail I noticed with Dr. Meade’s wardrobe transitioning from brighter to darker colors throughout his character arc.

Hypnotic has a fun way of peeling back the onion and teaching us how creative someone can be with the power of hypnosis and weaves this into the storytelling in some really fun ways. The movie also  moves at a surprisingly fast pace. The pacing helps the ending reveal itself later with details sprinkled throughout the first two thirds of the movie. Hypnotic has some of most exciting and satisfying twists that I’ve seen all year.  I wont ruin it but the ending is really satisfying.

There are some really great story ideas that don’t have great execution. There are details that are supposed to be clues for the ending that weren’t presented well enough in the beginning. Why is  Kate Siegel’s Jenn is even seeing a therapist? Why is this therapist already in her social circle? The entire premise is presented quickly and feels underdeveloped. The pacing of Hypnotic helps me overlook at lot but the premise is going in the ‘So bad its good’ category.

The performances by the cast of Hypnotic is inconsistent. There are moments where I feel things are dragging and I just look forward to the return of Dr. Meade. There’s no individual performance to single out it’s just that Dr. Meade is such an overwhelming presence.

Although I really enjoy the set design I still find myself feeling disappointed with the cinematography. Dr Meade’s office and home are beautiful. The wardrobe, actors, and the actual scenes themselves beg for some creative camera angles but they don’t happen. There are some really intense moments when Jenn is undergoing hypnosis that beg for those kinetic shots to reflect the experience. These moments aren’t disappointing but they are missed opportunities to elevate the scene and story.

Really I think Hypnotic is a really fun movie to watch. Maybe I just miss a good Jason O Mara performance but this movie reminded me that he needs to be cast more often. The plot and premise are silly fun and Jason O’Mara makes this movie a fun choice when scrolling for something to watch.