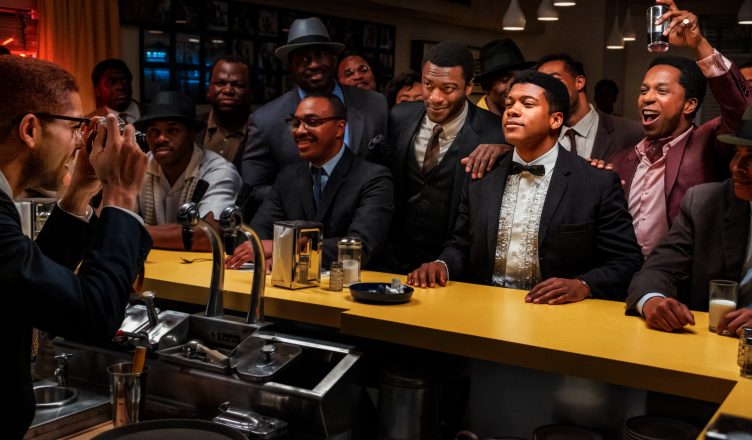 On one incredible night in 1964, four icons of sports, music, and activism gathered to celebrate one of the biggest upsets in boxing history. When underdog Cassius Clay, soon to be called Muhammad Ali, (Eli Goree), defeats heavyweight champion Sonny Liston at the Miami Convention Hall, Clay memorialized the event with three of his friends: Malcolm X (Kingsley Ben-Adir), Sam Cooke (Leslie Odom Jr.) and Jim Brown (Aldis Hodge). Based on the award-winning play of the same name, and directed by Regina King, One Night In Miami… is a fictional account inspired by the historic night these four formidable figures spent together. It looks at the struggles these men faced and the vital role they each played in the civil rights movement and cultural upheaval of the 1960s. More than 40 years later, their conversations on racial injustice, religion, and personal responsibility still resonate.

One Night In Miami Trailer:

The absolute best thing about One Night In Miami is the ensemble cast and their fantastic performances. Kingsley Ben-Adir came into this role following in the huge footsteps of Denzel Washington’s classic portrayal of Malcolm X. However, Ben-Adir stepped up to the challenge and did a wonderful job in the role. I loved how he was able to show the complexity that was the person of Malcolm X and didn’t resort to just playing to the legendary, almost mythical, aspects to the civil rights figure. Ben-Adir displayed his range in showing Malcolm’s paranoia, love as a father, the courage of a revolutionary, and the charismatic joy of being a great friend. 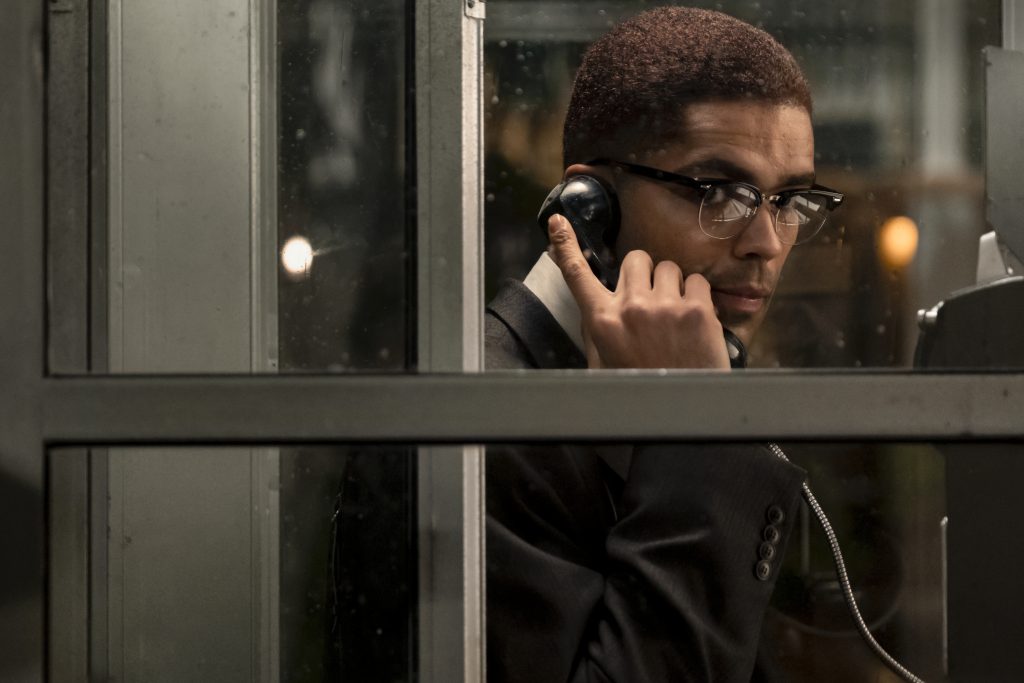 Next to Ben-Adir, comes Eli Goree as he took on the other challenging role of Cassius Clay. Goree doesn’t waste very much time in convincing audiences that he really was the heavyweight boxing champ. He captured the charm and wit with ease, and even managed to show us another side of the boxer’s youthful naivete. Best of all, even during some of the more tense moment in the film, Goree managed to bring in some sensible comic relief that lightens up the mood for both the characters in the movie and audiences as well. 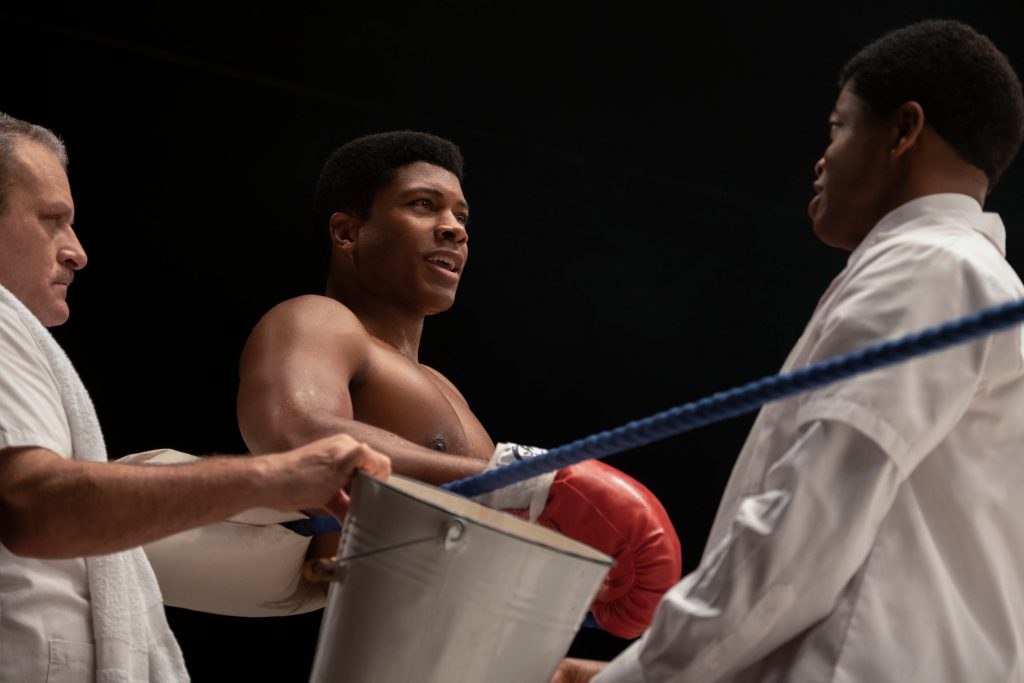 Next up, is Leslie Odom as Sam Cooke. This casting couldn’t have been better given Odom’s dual threat ability to both sing and act. He seemed almost too comfortable in the role and of course the singing moments were a walk in the park for the talented actor. Along with his castmates, Odom had a beautiful delivery in communicating a number of emotions through not just his words, but his body language and facial expressions as well. You knew when he was happy or hurt without even having him say a word. That is an underrated ability for an actor that deserves more credit when it’s on display. 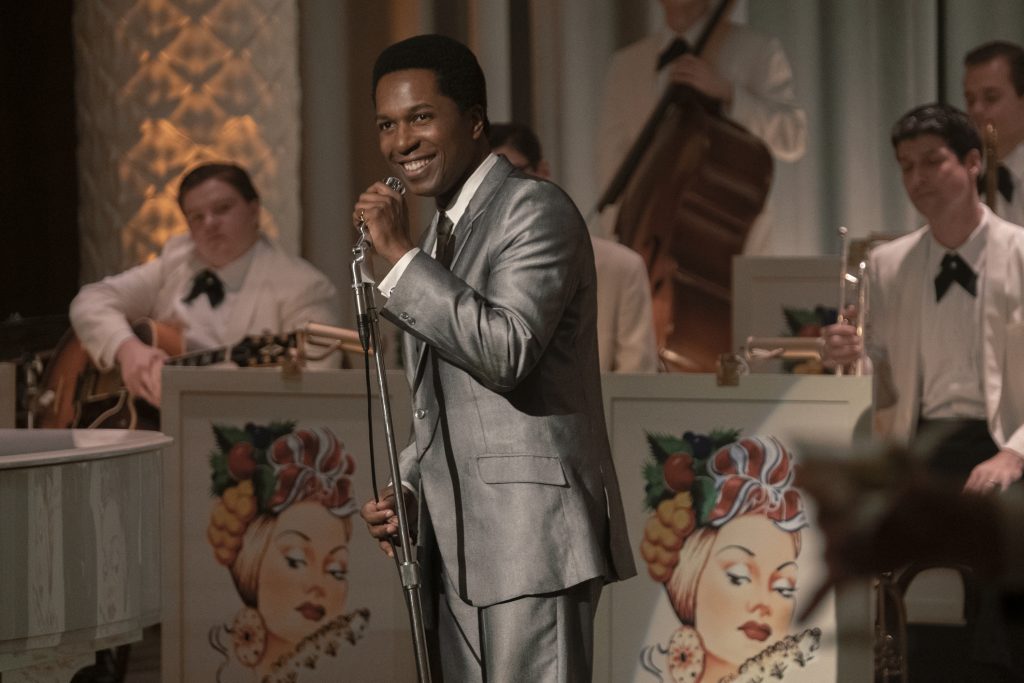 Lastly, Aldis Hodge as Jim Brown was my personal favorite. Firstly, kudos to Hodge for achieving the southern accent and diction of the Hall of Fame football player, Jim Brown. The other positive for Hodge is how unexpectedly funny he was in this film. His character isn’t comedic in nature, but the timing and some of the lines he throws out were more than chuckle-worthy on a number of occasions. What I appreciated was how despite the entertaining lines, he still never broke character which would’ve made the delivery cheesy. 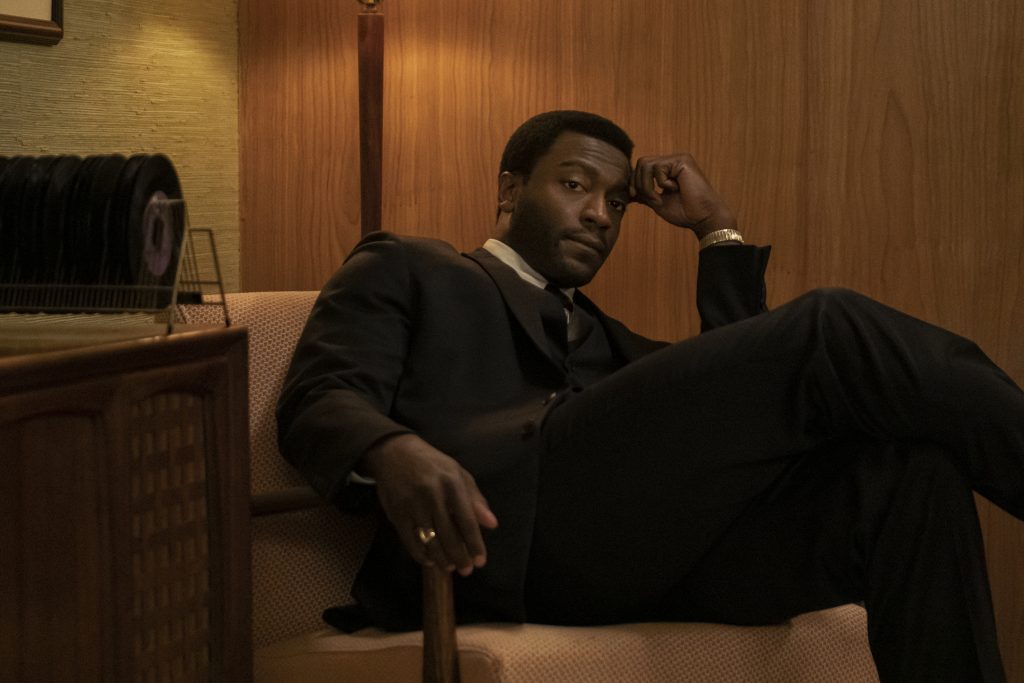 In addition to the good acting, the main backbone to One Night in Miami are the number of themes that are addressed by the characters. The driving force in every scene comes from the meaningful conversations of blackness in America that take place between the characters. The fascinating thing here is how the different and invigorating the verbal clashes were each time. Just when you think one character is making a compelling argument, some else comes in with an excellent counterpoint. It’s hard to say if there are any right or wrong answers, but it’s the journey through the conversation that’s the real delight either way.

One Night In Miami is heavy on the exposition, and it’s my opinion that more flashbacks and cut scenes may have benefited this film. Since the movie was adapted from a stage play, it’s understandable as to why it was edited in such a way. However, I do believe that transitioning from the theatrical stage to the big screen comes with different expectations. For this film, I think it relied too heavily on appealing to those audiences that are engaged through auditory learning, so to speak, rather than bringing in a bit more balance to those who are more visually stimulated. 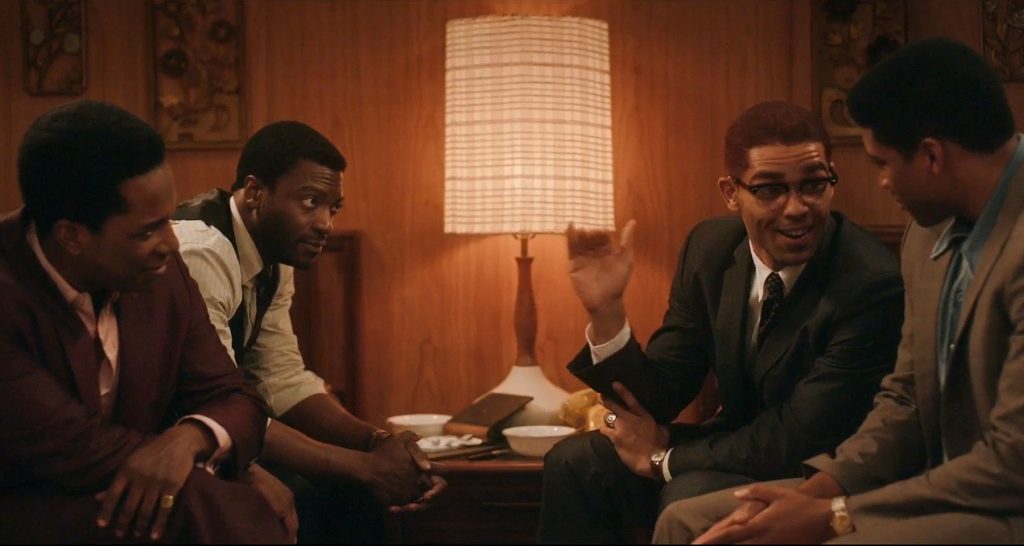 I felt as though there was a bit of a wakeup and shift in the film the moment we had flashbacks such as Malcolm’s experience with Sam Cooke. Visually taking the audience along for the ride, as Malcolm recounted the story kept me engaged far more than the scenes with the characters merely arguing back and forth. When those cutaway scenes are included, I believe it creates a more interactive experience with audiences to help the impact of the conversation land more effectively.

One Night In Miami was a nothing short of a refreshing treat to experience our Black icons in a unique fashion.  This film made me wish it this was all based on true events. Director, Regina King did a terrific job of creating an atmosphere that gives audiences the “fly on the wall” feeling throughout the film. Actually, you get the feeling of being “in the room where it happens” being completely fulfilled. (If you’ve seen Hamilton you got that reference.)  If you’re accustomed to attending stage plays, or if you enjoy a movie like Fences, then One Night In Miami will be right up your alley. You’ll especially appreciate it more if you watch it in the comfort of your own home.  Either way, I’d say be sure to check out One Night In Miami when it debuts on digital release.