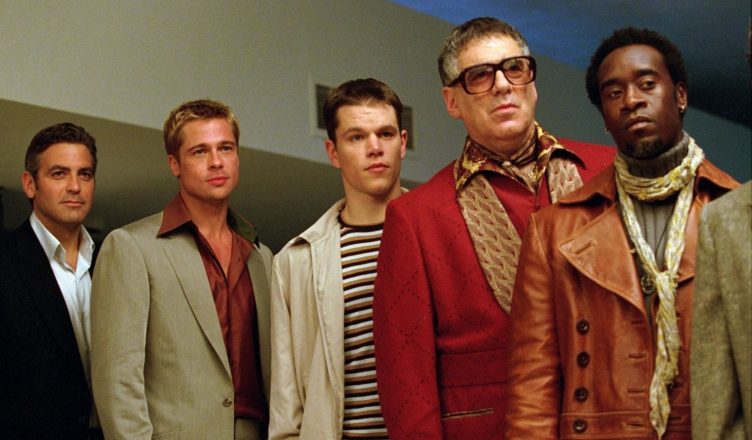 Picking the most iconic gambling scenes from movies isn’t an easy task as there’s tons of fantastic contenders to consider. Does your mind go straight to young Paul Newman in The Hustler? Or are you more of an intense Bondesque Casino Royale type? Or maybe you’re a Molly’s Game or Rounders devotee? Well, no matter which movies – and gambling scenes in particular – would make your final cut, the facts say we won’t be able to cover them all. So, without further ado, here’s our choice of top 6 gambling movie moments of all time (and you’re free to give us your list at the end, too!). All right, let’s roll that dice and see which movies are on our list!

Is there any way to talk about legendary gambling movie moments without remembering the famous train scene from The Sting? Even though we’re sure the poker stand-off is as crystal clear in your mind as it is in ours, let us revisit the epic moment for a second. Picture this: the one and only Paul Newman, a grifter feigning hilarious drunkenness, playing a game of Jacks against Robert Shaw’s dangerous character Doyle Lonnegan and brazenly cheating him out of his dirty money. Not to mention insisting on calling one of the most notorious criminals in Chicago ’Lonnehan’ and ’Lonneman’ just for the hell of it. Doesn’t get any more classic than that, does it?

While a game of poker called Three Card Brag is nowhere near as skilled as plenty of other, more famous poker games, Guy Ritchie’s chef-d’oeuvre Lock, Stock and Two Smoking Barrels features exactly that variant in one of the most intense gambling movie scenes of all time. What happens here is that the protagonist continually raises his bet against a cockney crime lord, even though he doesn’t have that kind of money, and, ultimately, loses a grand total of £500,000, which may cost him his life. Oops…

Die-hard Bond fans will be happy we didn’t just mention Casino Royale in passing – we actually included it in our top choice. The reason? Because the last Texas Hold’em game from Casino Royale is one of the most iconic gambling scenes without a doubt. It’s not hard to see why when you’ve got all the key ingredients needed for such a moment. Namely, you’ve got your sleek Daniel Craig as the world’s most beloved spy, you’ve got your charismatic Mads Mikkelsen as a mathematical genius villain and, naturally, you’ve got over $100 million at stake. Initially, Bond’s not as cool as we’re used to seeing him, he’s messed up, but the final round is his moment to shine – with a much-coveted straight flush in his hands, no less!

Ocean’s 11 is one of those extremely fun gambling movies where you could pick any scene and deem it iconic… and you wouldn’t lie, either! However, right now we’ll be talking about the scene where Brad Pitt’s character – Rusty – teaches a bunch of gambling rookies how to play a poker variant called Five-card Draw. “You can’t have three pairs! You can’t have six cards in a five-card game.” Nice try, Rusty. Maybe you should go rob a casino or something – these kids don’t seem to be really listening to you.

Perhaps an unconventional choice, but we felt the iconic face-off from The Parent Trap had to make our final list, as well. Let’s travel back to the time you still believed there were two tiny, freckled Lindsay Lohans running around and no one had burst your bubble yet. Well, back then two twins separated at birth, Hallie and Annie, engaged in a poker stand-off at summer camp. The stakes? Jumping into the lake naked! British Lindsay Lohan reveals a straight, but the American twin has a royal flush… yet somehow it’s still Lindsay who has to jump into the lake, huh?

We’ve reached our final spot for the day. Now, let’s see who’s surprised that Casino has made our list, too? That’s right, no one. And why would they, when it’s one of the best crime dramas of all time? The one moment that probably stands out among the rest the most, however, is the legendary scene where Robert De Niro deals with an arrogant cowboy player refusing to take his feet of the table, even after he’s asked to do so nicely. What happens next is the moment we’ll never forget; the player gets thrown out of the casino… head-first! That sure is one way to deal with rude people…

So, do you agree with our list? Which other gambling movie scenes would you include in your final cut? Or, if you simply wish to get more gambling movie suggestions, just hop over to AskGamblers and find more inspirational movies about gambling there… you won’t be disappointed!